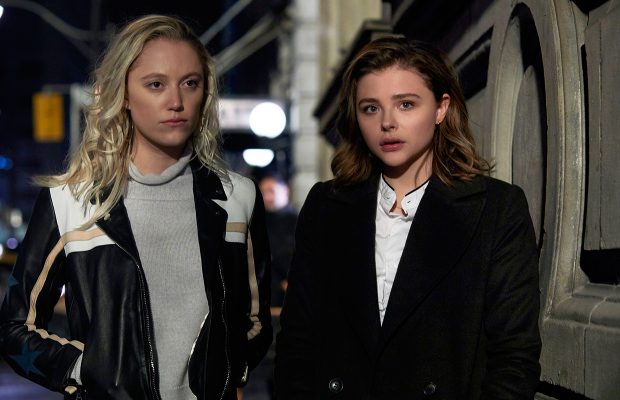 At the Movies: ‘Greta’: So Close, Yet So Far

Greta is one of the very few Hollywood movies for which French cinema royalty Isabelle Huppert crossed overseas. Huppert is by far one of the most talented and intriguing actresses to come out of France, and yet when she broadens out to the States about once every decade, it’s usually in mediocrity. Directed by Neil Jordan and co-starring Chloe Grace Moretz, the horror-thriller is so close, yet so far, from being a success.

In downtown Manhattan, Frances McCullen (Moretz) is living with her childhood best friend, Erica (Maika Monroe), after her mother suddenly passes away. While riding on the subway after work, she spots a lost black handbag that belongs to an older woman named Greta Hideg (Huppert). After returning Greta’s belongings to her, Frances finds that the woman is lonely from both her husband’s death and daughter moving out of the country. Rather quickly, the two become a surrogate mother-daughter pairing that Erica thinks is a little strange for comfort. Frances doesn’t see the big deal—until she finds something alarming in Greta’s house.
Greta is directed by Irish filmmaker Neil Jordan, who first broke through with testosterone-heavy features such as The Crying Game (1992).

Here and with Byzantium (2012), Jordan proves that he has a genuine interest in creating projects centered on women. But while his characters are interesting, the recent scripts have hit a weak spot in his career. Throughout Greta, we receive almost amateurish execution of tropes and exposition that you would see in a student film. It’s a shame, because Jordan and the actresses had a lot more potential than this movie allowed them to realize.