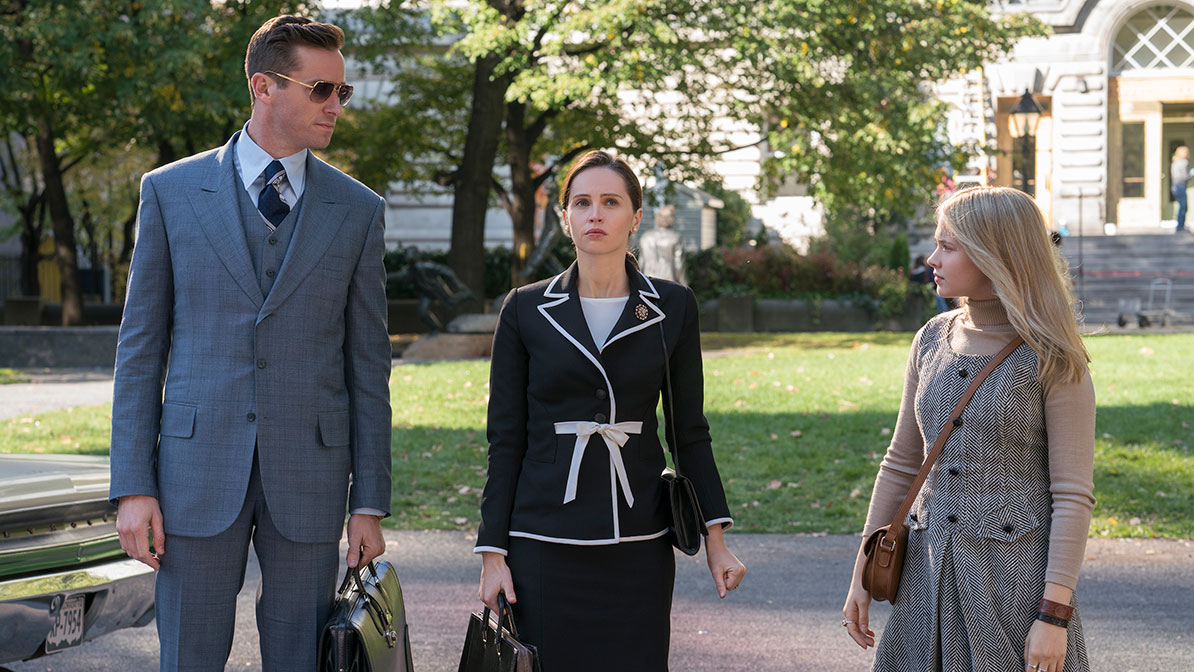 At the Movies: How to Judge ‘On the Basis of Sex’

Ruth Bader Ginsburg rivals Gloria Steinem and Angela Davis as one of the pioneers of second-wave feminism in the 1950s-1970s. It’s no surprise Hollywood wants to make features on her, such as Mimi Leder’s recent On the Basis of Sex, though it is a little surprising it took so long.

Felicity Jones portrays the groundbreaking Supreme Court justice at the beginning of her career as a Harvard law student, university professor and a lawyer from 1956 to 1971. She discovers no law firm wants to hire a woman out of fear she might cause tension at the office or jealousy with the male colleagues’ wives. But then things get brighter when she becomes a professor and mother of two. When husband Marty (Armie Hammer) sporadically brings a peculiar case to Ruth’s attention, she decides to take up the challenge that will successfully alter how the U.S. law is written.

On the Basis of Sex really should have been an easy film to turn into a hit. But the tone and execution of the picture are a little corny. The biopic has a light-hearted, feel-good mood that makes it appear like a hit biopic from the late 1990s. Jones does try her best to carry all of Basis of Sex, but, unfortunately, Brooklyn accents apparently aren’t her forte, and they detract from a lot of scenes. The one thing the movie does have going for it is the supportive relationship between Ruth and Marty. Like the 2018 RBG documentary, On the Basis of Sex touches the surface of what could have been a heavier look into Ginsburg’s equal-rights impact.