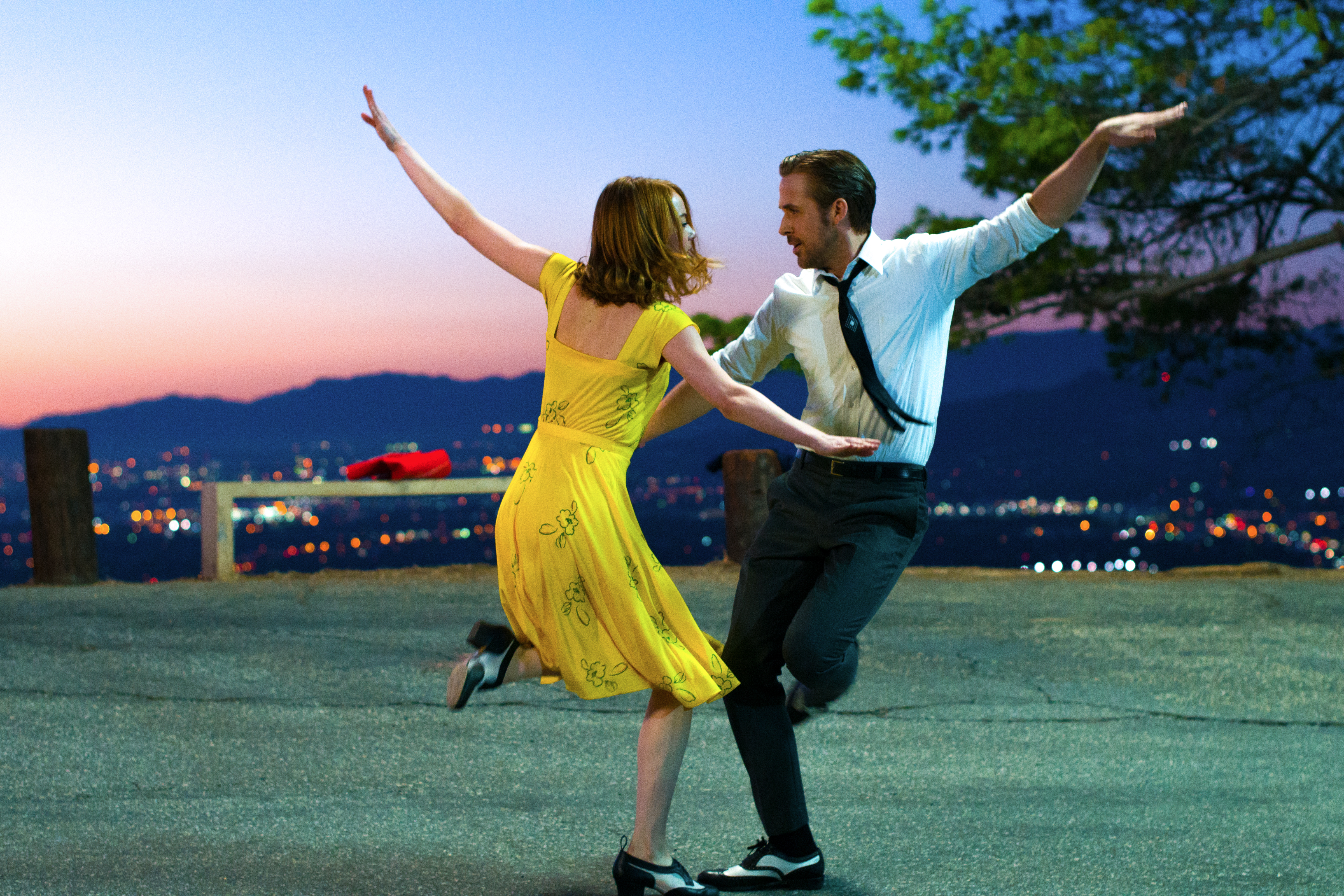 At the Movies: ‘La La Land’ Doesn’t Miss a Beat

The movie musical is a genre that was at its prime in the mid-20th century, and then once rock music officially made its mark by the late 1960s, traditional song and dance was changed forever. Of course, there have been brief moments of resurgence, like Everyone Says I Love You (1996), Chicago (2002) and DreamGirls (2006). But the days of seeing a musical nearly every month at the theater are long gone; yet that makes Damien Chazelle’s La La Land one of the freshest films to come presently.

Mia Dolan (Emma Stone) moves to Los Angeles for her dream of becoming a successful actress at the same time Seb Wilder (Ryan Gosling) is fired from his gig as a restaurant pianist. The two keep bumping into each other in the city until they eventually meet up properly and begin a casual courtship. As Mia’s auditions continue to falter, Seb’s music career grows with the help of big shot music act Keith (John Legend), who conflicts with his old fashioned jazz.

La La Land comes from Chazelle right off of his sleeper hit Whiplash last year and couldn’t be more different. While Whiplash was a rough-and-tumble character piece, La La has all the influence and homage that Chazelle has carefully borrowed from the likes of Singin’ in the Rain (1952), Swing Time (1936) and The Young Girls of Rochefort (1967). Stone and Gosling are wisely chosen for their experienced chemistry, and the film is now on its way to be the big breakthrough of the holidays.