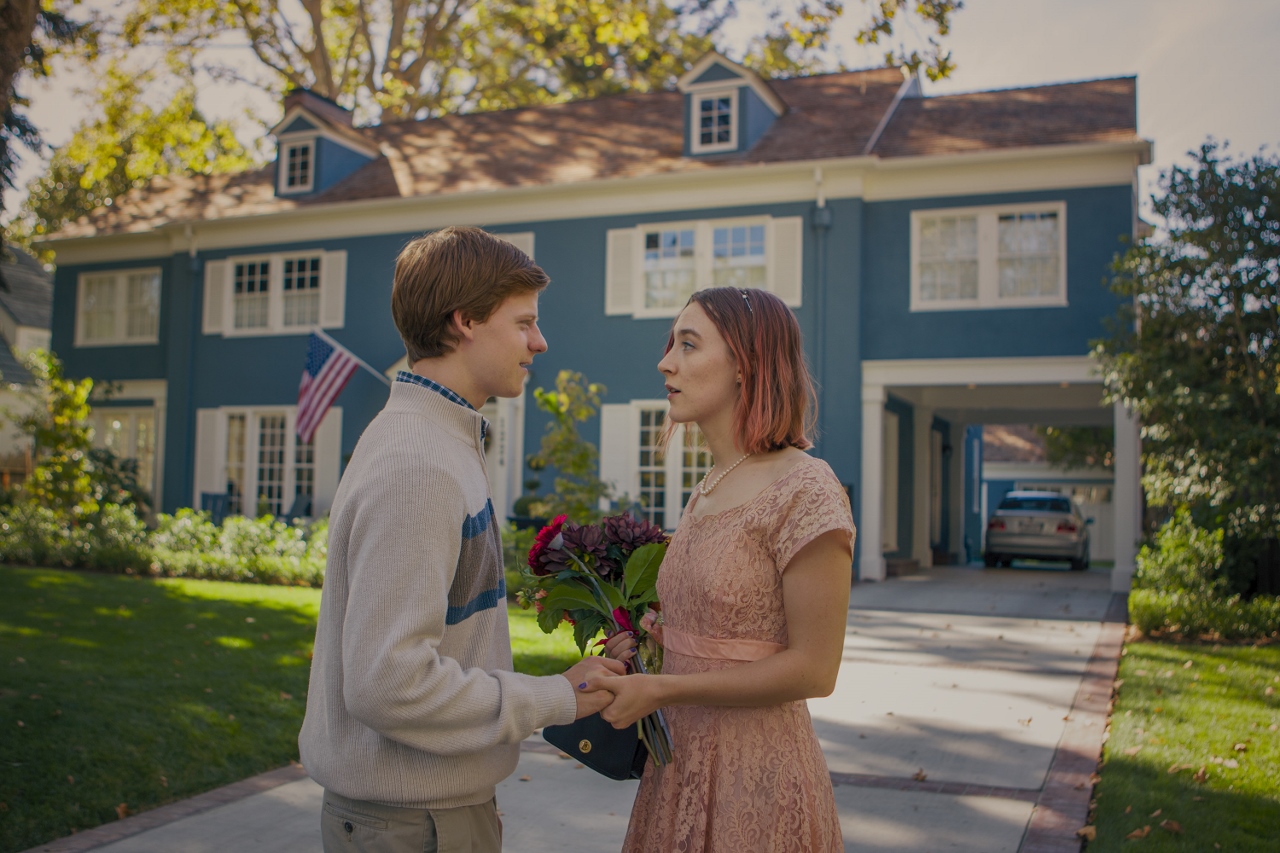 At the Movies: ‘Lady Bird’ is a Teen Treat

Teen movies, much like movie musicals or romantic comedies, are a genre that have become a niche in the film industry and general audiences over time. Despite the success of the genre in the past, it’s now become a rare occurrence to find a new feature centered on teens dealing with their own issues. Indie cinema appears to be where the teens are nowadays. The Edge of Seventeen and Sing Street were both modest hits last year and critical darlings, and this year it’s definitely going to be Greta Gerwig’s directorial debut Lady Bird.

During her final year of high school at a private Catholic school in Sacramento, Christine McPherson (Saoirse Ronan) changes her name to “Lady Bird” as an attempt to be unique. She also joins the musical theatre department, applies to East Coast schools, that she thinks are out of her league, and casually dates fellow musical performer Danny O’Neill (Lucas Hedges) and hipster guitarist Kyle Scheible (Timothée Chalamet).

Laurie Metcalf and Tracy Letts play Lady Bird’s parents. Lady Bird takes place in 2002-2003 and perfectly captures what it was like to be a teenager in that era. The title character is loosely based on Gerwig’s own youth growing up in Sacramento, and she treats the city with the same love as John Hughes did with Chicago 30 years ago. Ronan takes an odd career decision to play a teenager again at age 22, but it isn’t distracting and she’s effortlessly endearing. Lady Bird is a quaint and charming teen comedy for November.