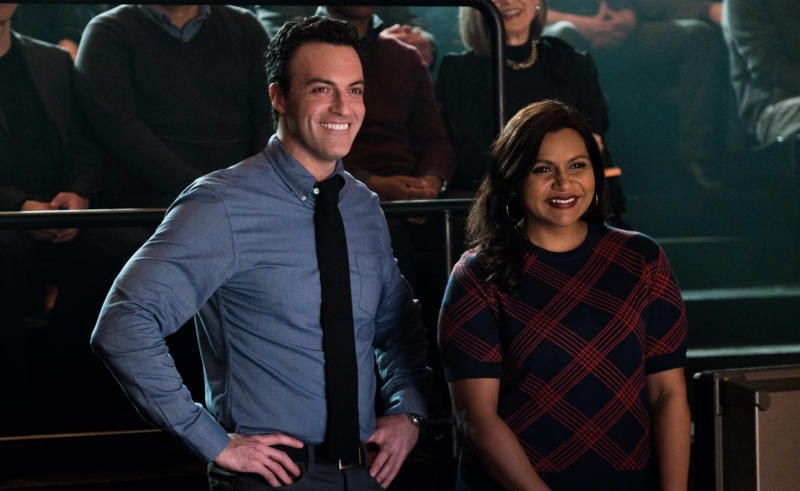 At the Movies: It’s ‘Late Night’ for TV Fans

Amazon Studios’ latest comedy, Late Night, is one of those movies that is so, so close to being great, yet settles for “just” good. It had a lot of potential going into production. An Oscar winning actress (Emma Thompson), a hit TV comedy star (Mindy Kaling) and a successful filmmaker (Nisha Ganatra). But, if anything, the new comedy reminds us that movie productions are a different beast than TV productions, even though the story is set around a TV team.

In downtown New York City, Molly Patel (Kaling) takes a wild chance and applies for the position of a new staff writer on late night TV host Katherine Newbury’s (Thompson) talk show. Katherine is about to lose her show after 15 years of being the most successful female host in late night programming, and she needs something fresh and relevant to change her network’s mind. Molly ends up being that new addition Katherine’s writing staff needs.

Late Night does have a lot of laughs since, at the end of the day, Kaling is a good comedy writer and knows how to work with the setting. Thompson isn’t completely out of her element, either. The thing holding it back, for me, is that despite the humor and good chemistry between the cast members, it doesn’t “feel” like a movie. It ends up channeling more the atmosphere and tone of a TV episode. This makes sense, because Kaling is a TV veteran and Ganatra has more credits directing television than film. But it works against the picture, in my opinion. Despite this, I might still recommend Late Night for a free weekend and some easy laughs.