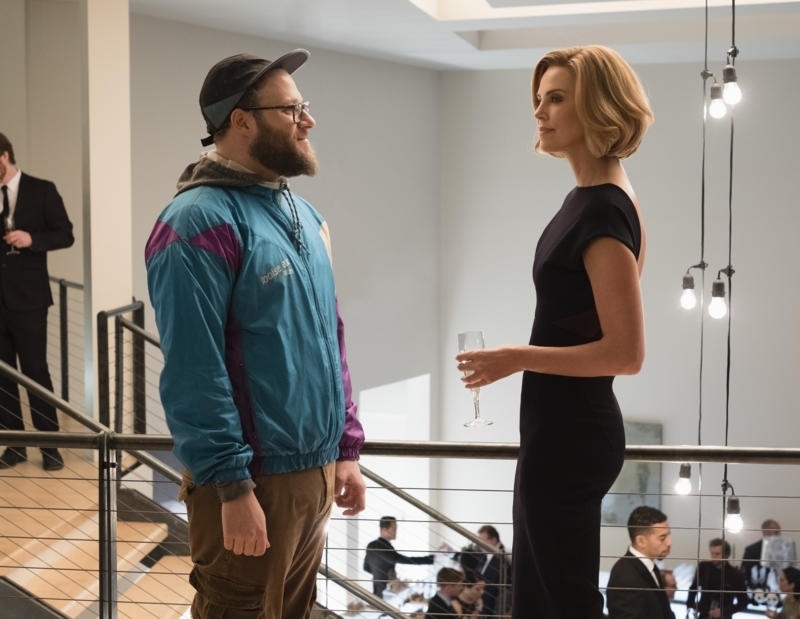 At the Movies: ‘Long Shot’ is a Safe Bet

Jonathan Levine’s new political romantic comedy, Long Shot, marks the return of the once-common “hot actress paired with slovenly Seth Rogen” trope. Over the years, Rogen’s been used as sort of an example of the double standard in Hollywood on how the male lead can get away with being ‘funny, but goofy-looking,’ while the female lead is still the traditional pretty starlet. But now Long Shot pairs him with probably his most attractive female co-star yet: Charlize Theron.

In a semi-modern East Coast setting, Fred Flarsky (Rogen) is a popular newspaper columnist always on the lookout for any kind of big scoop. Charlotte Field (Theron) is the current Secretary of State to President Chambers (Bob Odenkirk), and Charlotte sees Chambers’ future exit as the perfect time to run as his successor. A series of unusual mishaps cause Charlotte and Fred to realize that Fred might be a good fit as her new speech writer. They not only get along surprisingly well, they were past neighbors during their childhoods.

Long Shot has a lot of funny scenes, especially involving the supporting cast. Theron and Rogen play off each other well, even if the pairing feels as if it’s a decade late. There are a couple of issues, including the political aspect of the story. Both protagonists are liberal, and the antagonist is a rich, sleazy right-winger (Andy Serkis as media magnate Parker Wembley). But there’s a shoed-in sequence between Rogen and O’Shea Jackson Jr., who plays Rogen’s longtime friend, Lance, that’s supposed to be a “both sides are imperfect” message that feels a little irrelevant by the end of the movie. Another issue is that the movie just isn’t entirely memorable. But for a last-minute date night or browsing the TV or streaming sites, Long Shot is decent enough.