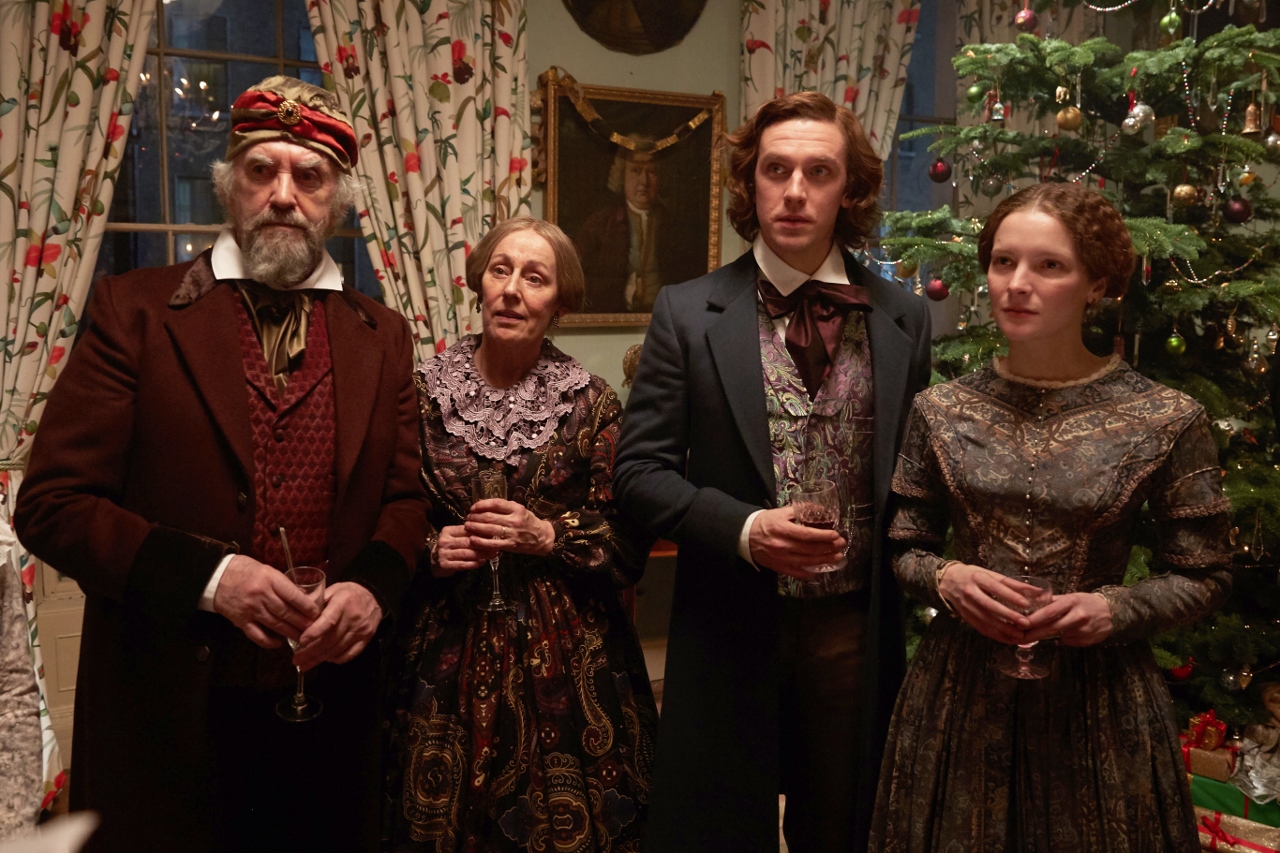 At the Movies: ‘The Man Who Invented Christmas’ Is a Familiar Tale

We’ve all seen the type of biographical period piece reflected in The Man Who Invented Christmas. It’s the type where Hollywood takes the creator of a classic tale and makes a whole feature on his or her struggle and journey to pen said classic tale. We saw it with Finding Neverland (2004), In the Heart of the Sea (2015) and Goodbye Christopher Robin last month. This week, we get a biopic appropriately released during the holiday season.

In 1843 London, England, novelist Charles Dickens (Dan Stevens) is now five years past the mega success of his epic Oliver Twist, with three flops following it. He’s got not only writer’s block creatively, but a wife (Morfydd Clark), four children and a fifth baby on the way. On top of that, his estranged parents (Jonathan Pryce and Aleah Lennon) are also visiting. He needs to come up with a new, surefire hit as quickly as possible. Christopher Plummer appears as Dickens’ Ebenezer Scrooge character in his subconscious.

The Man Who Invented Christmas is pretty much a family-friendly telling of Dickens’ life while writing A Christmas Carol, though there are a couple of dark moments. Technically, there really isn’t anything wrong with Bharat Nalluri’s film, but it is a bit paint-by-numbers and basic. Stevens borders between charming and campy, and the title—also the same as Les Standiford’s biography used as the basis—is a little misleading. Unless you’re a fan of Dickens or Christmas movies in general, stick with Mickey’s Christmas Carol (1983) or The Muppet Christmas Carol (1992).