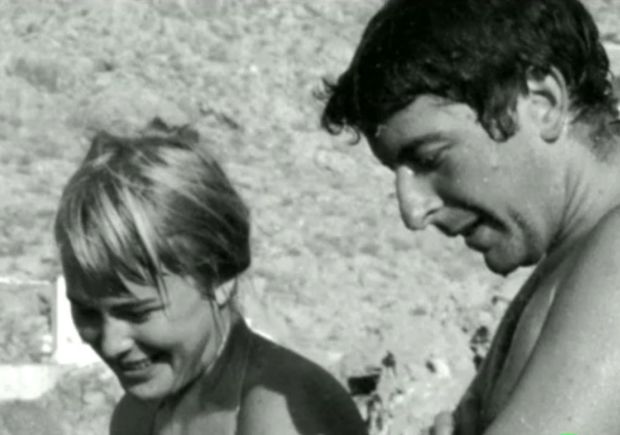 The summer of classic rock-themed movies continues, this time with another documentary. Two months ago, we got to watch the 1960s pop rock-themed Echo in the Canyon; this is a more intimate piece. Marianne & Leonard is a love letter to folk legend Leonard Cohen and his one-time girlfriend, and long-time muse, Marianne Ihlen.

Leonard and Marianne’s history begins on the Greek island of Hydra in 1960. The period is right before hippies and the sexual revolution, but this tiny town already has its own liberated environment, where casual flings and drug experimentation are the norm. For a brief six-year period, Leonard and Marianne have an idyllic romance until Leonard has to accept that he’s not fated to be a literary writer and switches his interest to music. Marianne eventually becomes the subject of his classic song, “So Long, Marianne.”

Filmmaker Nick Broomfield’s documentary touches on both Leonard’s and Marianne’s struggle to be monogamous people, especially Leonard, once he finds success with his songs and fan base. Broomfield’s feature has a bit of a romanticized tone, or as romanticized as you can be on a man who spent decades with many, many women.

The best of the participants in the narration is Aviva Layton, whose husband, poet Irving Layton, was a close friend of Leonard’s. She is blunt with her comments, particularly when she calls out “free love”’ and “flower power” only working in theory, while in reality causing a lot of broken relationships and producing dysfunctional children.

As a straightforward documentary, Marianne & Leonard doesn’t really deliver much for the non-fan; it is primarily for those interested in the musician or the time period of pop culture.