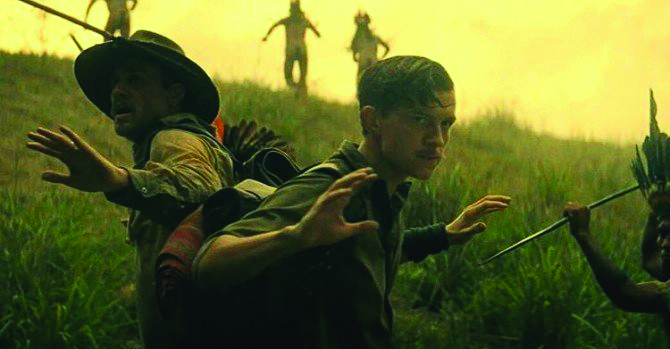 At the Movies: Much to See in ‘The Lost City of Z’

Writer-director James Gray’s new movie, The Lost City of Z, comes four months after Martin Scorsese’s Silence, which featured similar themes of exploration and madness in the middle of the jungle.
The latter is about two priests searching for their mentor on a Japanese island; the former is about real-life British explorer Percy Fawcett, who was convinced he could find proof of a lost Amazonian city. Though Gray’s feature doesn’t have a religious aspect, like Scorsese’s, it is just as thought-provoking.

From 1905-1925, highly regarded military man and family man Fawcett (Charlie Hunnam) is offered the chance to search throughout a recently discovered uncharted territory near Brazil to find if there is a definitive population from the past. Along with him is his newly assigned partner, Henry Costin (Robert Pattinson). While at home, he struggles to maintain an active long-distance relationship with his family, including wife, Nina (Sienna Miller), and eldest son, Jack (Tom Holland).

Lost City of Z is a fascinating study on obsession and passion of one man’s dedication that most who read the report believed was nonsense. The writing is period appropriate in making Fawcett both a man of his time and ahead of it politically. The cinematography of the tribes and wildlife is beautiful and gives off a stark, mysterious atmosphere. Gray delivers his most impressive filmmaking since Two Lovers (2008), and Hunnam achieves possibly his best performance to date. Even Miller is given some decent character development as the wife at home, when she could’ve been easily wasted.

At the Movies: Less-Popular Summer Movies