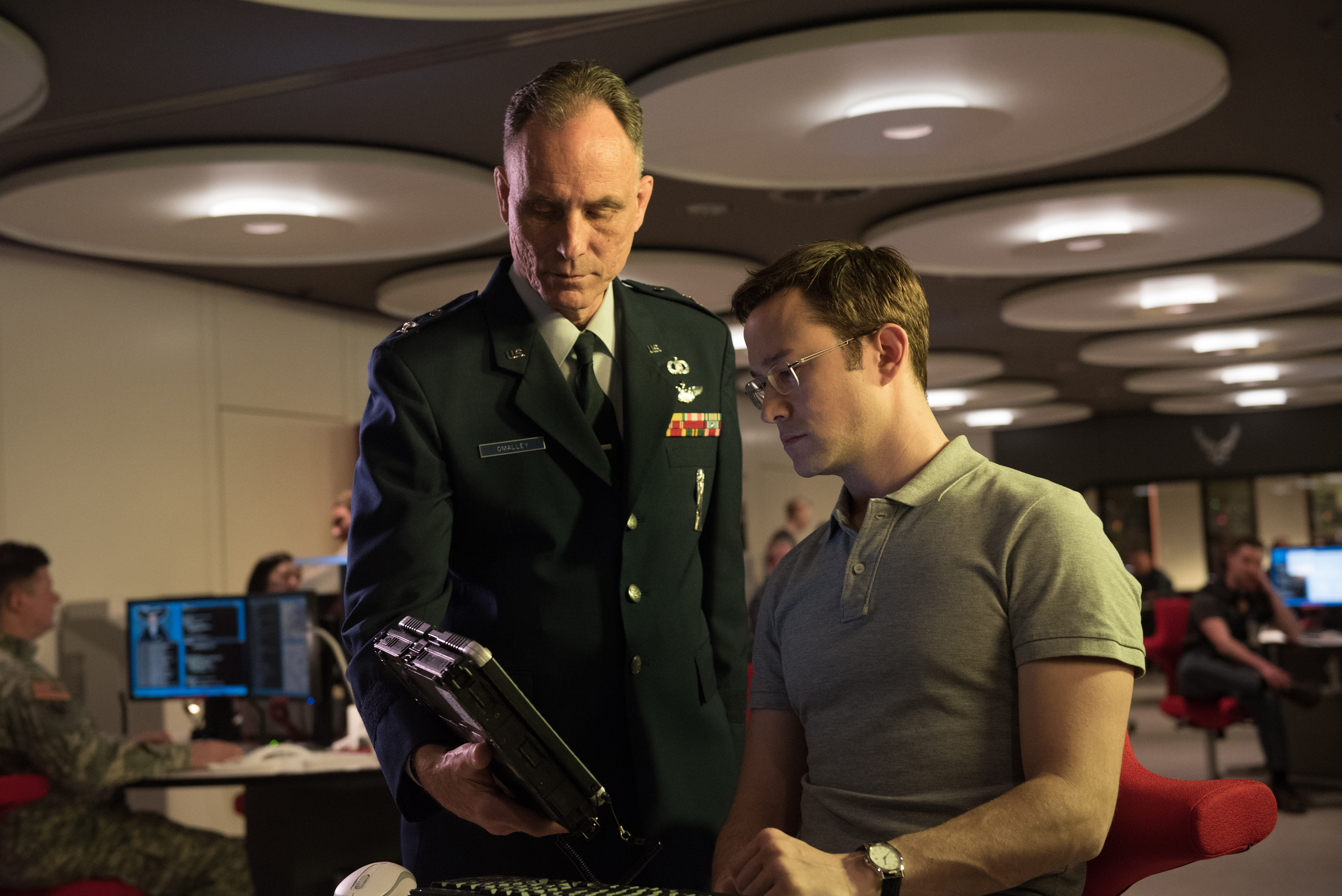 At the Movies: Nothing New with ‘Snowden’

Like some of his peers, Oliver Stone was at the top of his game in the 1980s with hits like Scarface (1983), Platoon (1986), Wall Street (1987) and Born on the Fourth of July (1989). But when the decade ended, he never left. JFK (1991) was polarizing, but generally did well, yet everything he’s created since then has left a lot to be desired. His latest biopic, Snowden, is the best example of all his weaknesses and greatness with political pieces.

In the mid-2000s, Edward Snowden (Joseph Gordon-Levitt) becomes a computer engineer for the CIA after being discharged from the military. While inventing new technology and systems for the government, Snowden discovers that they also have access to every citizen’s computer and phone. During all of this, he also struggles with a relationship with his artsy, free-spirited girlfriend, Lindsay Mills (Shailene Woodley). Meanwhile, in 2013, Ed is hiding out in Hong Kong with reporters Glenn Greenwald (Zachary Quinto), Ewen MacAskill (Tom Wilkinson) and filmmaker Laura Poitras (Melissa Leo) ready to leak the CIA’s secret.

The pros of Snowden are the electronic music score and Gordon-Levitt’s endearing love interest. Woodley puts in a natural and organic performance that shows acting can sometimes make up for the bland material. Gordon-Levitt is also fine as the man himself, but the cons of Stone’s usual caliber—outdated political views and biased narrative—hold the feature back. On top of that, everything we need to know about Edward Snowden was already covered well enough in the 2014 documentary, Citizenfour.