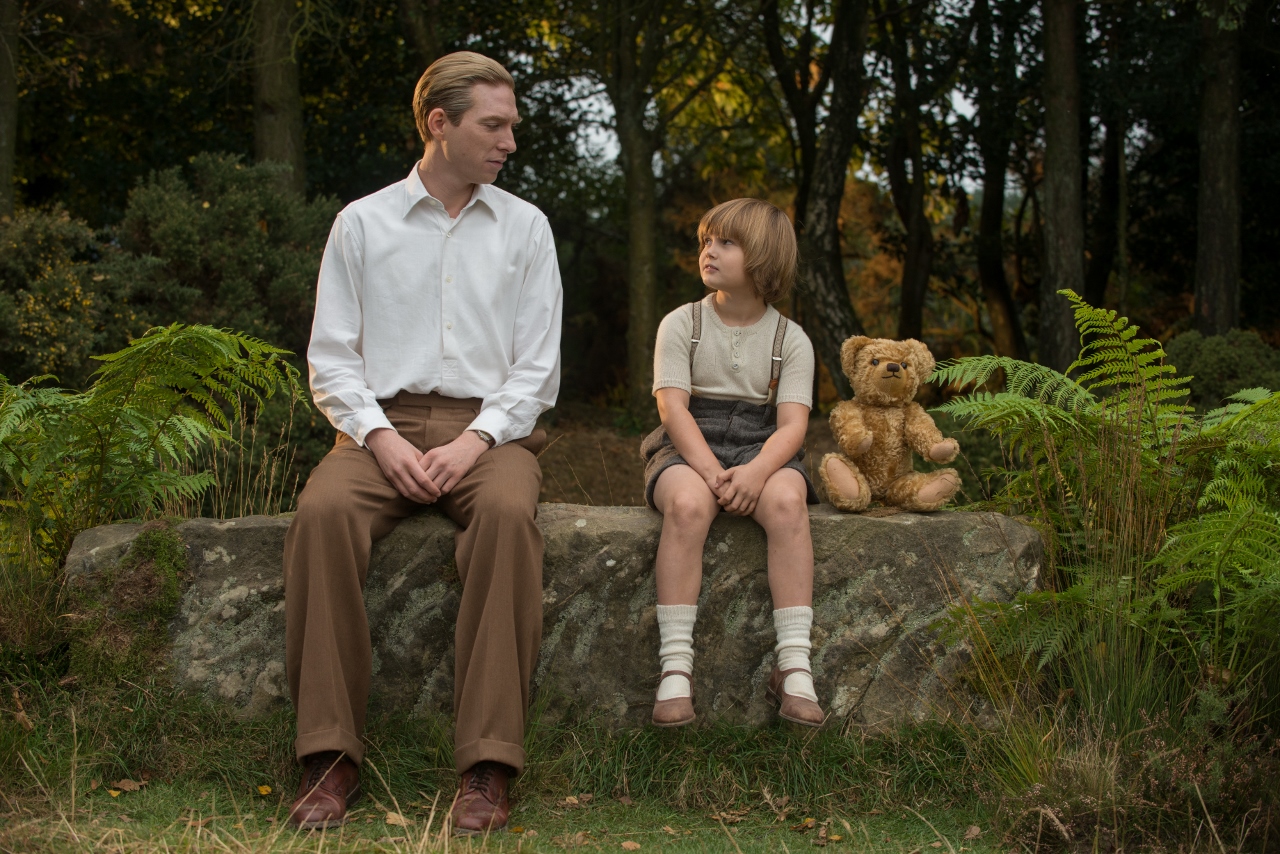 The term “Oscar bait” has lost nearly all of its meaning the past few years, with most just using the phrase for films they don’t like. Oscar bait is usually attributed to dramatic costume dramas with sweeping music scores, or weepy dramas, or romantic “dramadies,” and so on. Of course, not all of these types of films are complete schlock, but the stereotype still exists and is proven all the same. The latest victim of this trope might be Goodbye Christopher Robin.

In WWI, playwright Alan A. Milne (Domhnall Gleeson) serves in the war and ultimately suffers long-term post-traumatic stress disorder back home. His wife Daphne (Margot Robbie) doesn’t understand his suffering and frustration, but soon they welcome a son into the family named Christopher “Billy” Robin (Will Tilston and Alex Lawther). While stuck without Daphne or nanny Nou (Kelly Macdonald) for a weekend, Alan is inspired to write a children’s book while playing with Billy.

Director Simon Curtis tries another hand at biopics after My Week with Marilyn (2011) with Goodbye Christopher Robin. It isn’t terrible or insufferably schmaltzy, but it is still flawed, unfortunately. The first act has some surprisingly rushed editing, and the tone of the film is rather bleak for a piece on the author of Winnie the Pooh. Granted, the real family’s life did have serious moments, but this is a film that probably would’ve benefitted from some sugar coating along the lines of Saving Mr. Banks (2013). Christopher Robin is informative, but not entirely enjoyable.