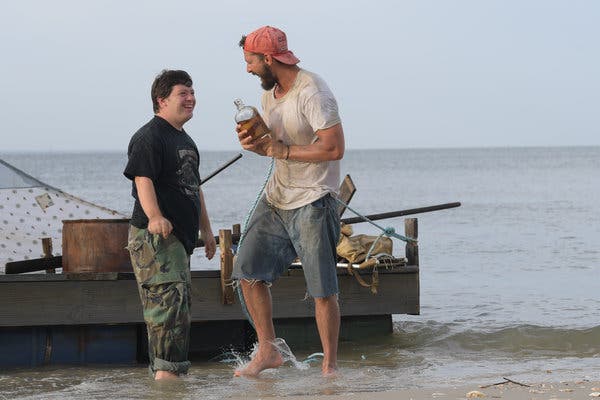 At the Movies: ‘The Peanut Butter Falcon’ is a Wholesome Treat

Tyler Nilson and Michael Schwartz’s The Peanut Butter Falcon is not only one of the most wholesome movies of the year, it’s also one of the most wholesome backstories behind the production. Nearly five years ago, Nilson and Schwartz met Zack Gottsagen, an aspiring young actor with Down syndrome, who told them he always wished he could star in his own movies. Charmed and won over, the two men took a break from their day jobs to write a script with Gottsagen in mind, and this month we get the final result.

In the backwoods of North Carolina, Zack (Gottsagen) runs away from the nursing home he’s been living in for two years, as he feels isolated and misunderstood in the institution. He dreams of being a pro wrestler, like local celebrity Saltwater Redneck (Thomas Haden Church). During his journey across state to find Saltwater, Zack befriends Tyler (Shia LaBeouf), a nomad fisherman with a troubled past. And his nursing adviser, Eleanor (Dakota Johnson), joins the adventure along the way.

Bruce Dern and John Hawkes co-star. Nilson and Schwartz loosely based The Peanut Butter Falcon on the traditional Huckleberry Finn tale of two misfits becoming friends on a personal quest. The two friends’ debut as filmmakers is bittersweet and lovely. They clearly have a lot of respect and care for Gottsagen’s potential. The actor himself is also pretty good as a first-time lead and plays off LaBeouf with natural chemistry. Though the final scene feels a bit abrupt, everything else in Falcon straddles the line between fairytale and realistic just enough for a quaint late-summer release.