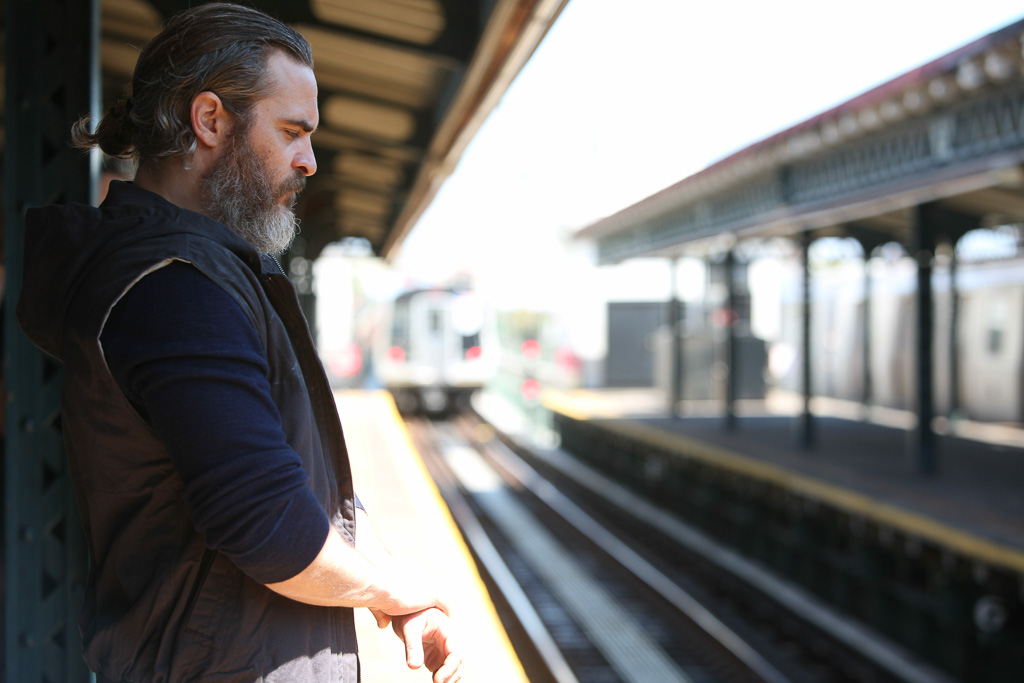 At the Movies: Phoenix Soars in ‘You Were Never Really Here’

If I was asked to name my favorite living male film actor, Joaquin Phoenix would be a huge contender.
Starting his career as a child star just like his late brother, River, to being a matinee idol in his 20s to ultimately becoming one of the most eclectic leading men in arthouse cinema, Phoenix’s resume has never been boring. He’s currently the star of You Were Never Really Here, filmmaker Lynne Ramsay’s follow-up to 2011’s critical hit We Need to Talk About Kevin.

In the middle of present-day New York City, a man simply called Joe (Phoenix) lives an anti-social life with symptoms of post-traumatic stress disorder and psychopathology while sharing a house with his elderly mother (Judith Roberts). When he’s not taking care of his mom, he’s secretly a hitman around town. His current job is to track down and rescue the state senator’s 13-year-old daughter Nina (Ekaterina Samsonov) from a brothel.

You Were Never Really Here has obvious comparisons to Taxi Driver (1976), to the point where one would assume Ramsay intentionally made the film as a companion piece. Never Really Here is very much a director’s film and mesmerizingly focuses more on atmosphere and mood than conventional storytelling, with Phoenix perfectly emoting Joe’s struggle and conflict. Like Driver, Ramsay’s new feature is a disturbing character study, but even more subtle, ambiguous and much more violently graphic. It’s not for everyone, but for those who enjoy slow-burn psychological thrillers, Never Really Here fits right in with modern neon classics like Drive (2011) and Nightcrawler (2014).