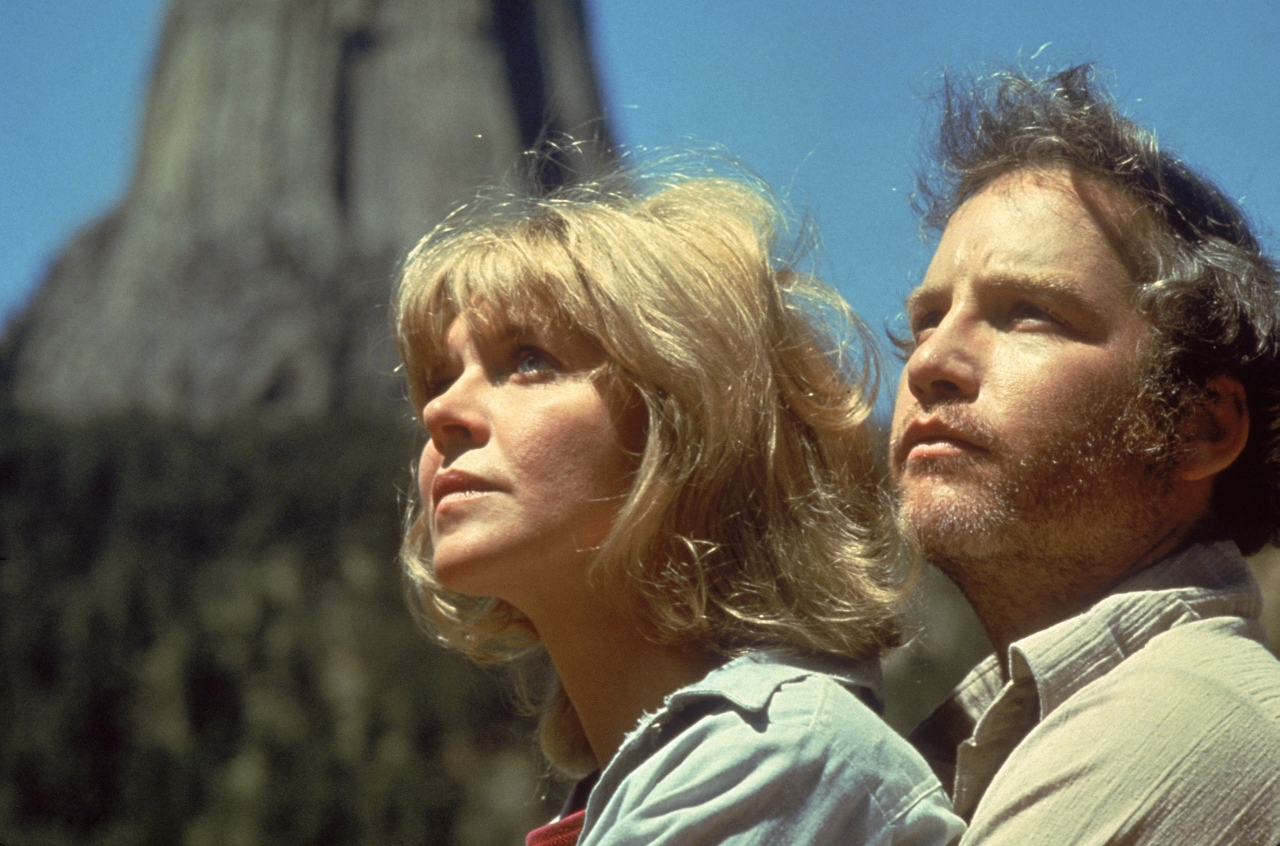 Steven Spielberg’s first science-fiction feature Close Encounters of the Third Kind (1977) is both a product of its time and has aged incredibly well.

The film was the hit-maker’s follow-up to Jaws (1975) and reunited him with Richard Dreyfuss to equal success. Even though it came out the same year as the mega-blockbuster Star Wars: A New Hope, Close Encounters still was a big winner with audiences and critics.

Forty years later, we still follow Roy Neary (Dreyfuss) and Jillian Guiler (Melinda Dillon) on their obsessive dedication to discover why they feel a psychological connection to an extraterrestrial sighting. Roy becomes so obsessed that he begins to neglect his family, while

Jillian wants to find a way to get her son Barry (Cary Guffey) back who has been abducted. Meanwhile, scientist Claude Lacombe (François Truffaut) is ahead of the curve on knowing what’s to behold with the UFOs.

Teri Garr, Bob Balaban and Lance Henriksen make famous early appearances, and John Williams’ iconic five-note motif throughout the score is still an earworm. Close Encounters’ new re-release to theaters is a reminder of just how breathtaking a film shot on traditional film projected onto the big screen is. The special effects, cinematography and location landmarks all look great, and Dreyfuss, Garr and Dillon give some of their most impressive performances. Close Encounters doesn’t just make us wonder if alien life is near us, but also looks back at how dysfunctional family life could be in the mid-20th century.