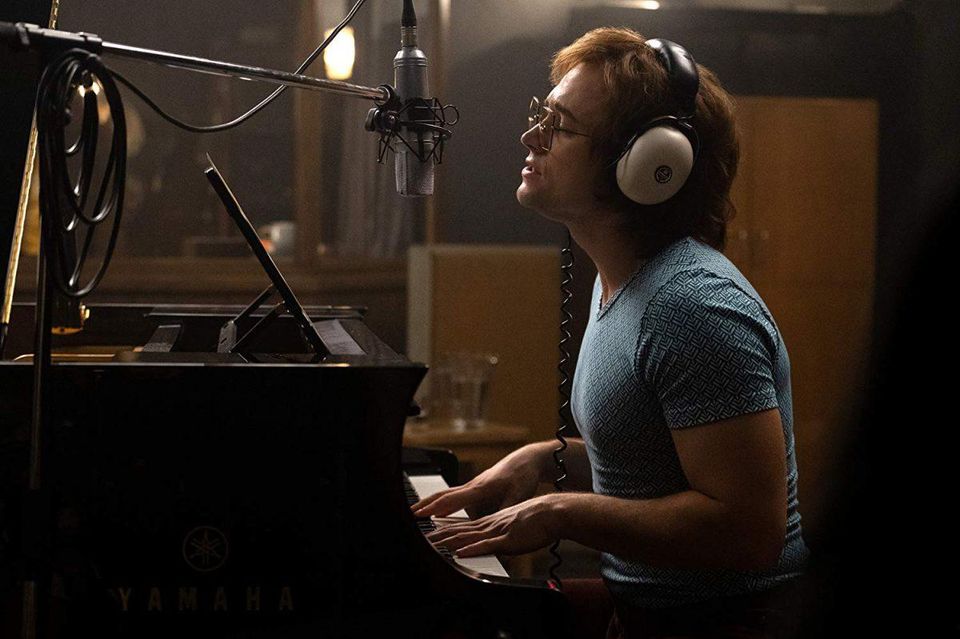 At the Movies: ‘Rocketman’ Makes a Blast

Elton John is one of those musical artists whose songs are likeable even if you’re not big on his genre or era. While watching Dexter Fletcher’s musical biopic, Rocketman, this weekend, I found myself singing along to every song, even though I’ve never considered myself a huge fan. To dodge the humorous comparisons between Bohemian Rhapsody (2018) and musical parody Walk Hard (2007), Fletcher and team were smart enough to make Elton’s origin story a full-fledged musical fantasy.

The singer/pianist is portrayed by English actor Taron Egerton, who successfully pulls off double duty with acting and singing. Because of his colorful persona, Elton tells a tall tale-esque recount of his backstory. Right away, the narrative lets us know that the movie is going to fudge with timeline accuracies, like all biopics seem to do, for whatever reason. We get 10-year-old Elton (Matthew Illesley) singing “I Want Love” and “Saturday Night’s Alright for Fighting” with his family and neighbors, even though the songs were co-written with his longtime lyricist, Bernie Taupin.

As a casual fan, Rocketman is a lot of fun. The musical numbers are impressive artistically and performance-wise. Egerton’s performance, whether musically or dramatically, is the best part of the feature. But of course, some will probably have trouble accepting the high liberties taken with the script. For full enjoyment, it’s best to go into Rocketman the same way one would with All That Jazz (1979) or Funny Girl (1968). Not every musical biopic can be as great as Coal Miner’s Daughter (1980) or Walk the Line (2005), but at least Rocketman provides quality escapism for two hours.