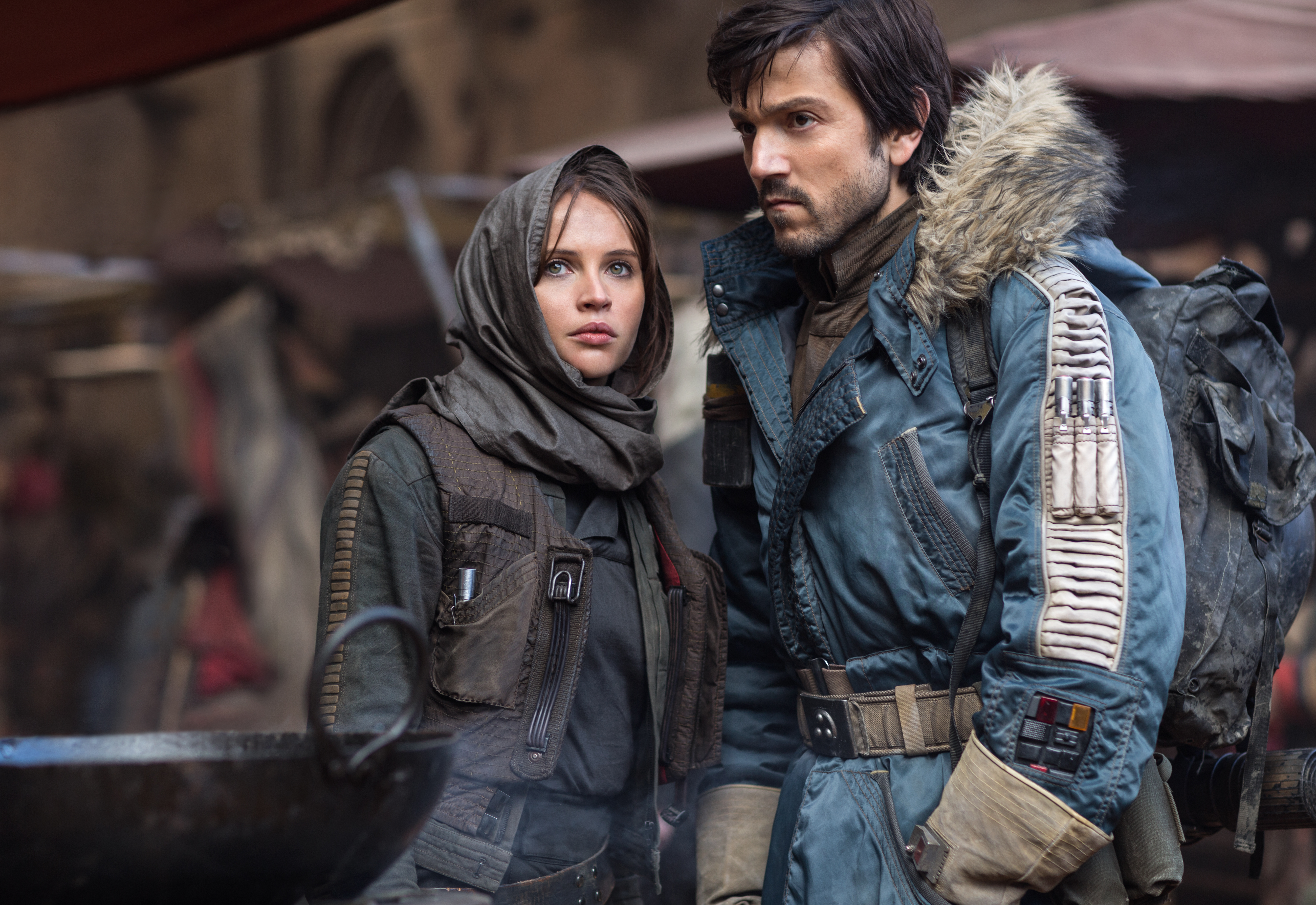 At the Movies: ‘Rogue One’ is Only for the Fans

Rogue One is the first film in the Star Wars universe to be a stand-alone feature that doesn’t take place in the Skywalker storyline. When the movie was first announced, there was a mix of hesitation and curiosity: it sounded like it could be just another cash-grab, but was also intriguing given the amount of interesting people involved with the project

Radical Jyn Erso (Felicity Jones) was forced to be separated and orphaned from her father Galen (Mads Mikkelsen) by The Empire when they imprisoned him for betrayal, until one day the Rebel Alliance recruits Jyn to track down her father to make sure he isn’t still helping The Empire.
Meanwhile, Jyn, rebel officer Cassian Andor (Diego Luna), pilot Bodhi Rook (Riz Ahmed), droid K-2SO (Alan Tudyk), and warriors Chirrut Îmwe (Donnie Yen) and Baze Malbus (Jiang Wen) are also secretly planning to steal the Empire’s plans for the Death Star.

Rogue One is one of a few Dirty Dozen-type films to be released this year; it’s probably the best, but unfortunately that’s not saying much. While the film is arguably the best-looking Star Wars piece to date, it also suffers from a weak script. Jones and Luna are a great pair, but the new droid is too similar to C-3PO. The special effects are amazing, and director Gareth Edwards knows what to do with a big budget, but it still has stale dialogue and awkward callbacks to the original 1977 film. As predicted, Rogue One is only a must-watch for diehard fans.