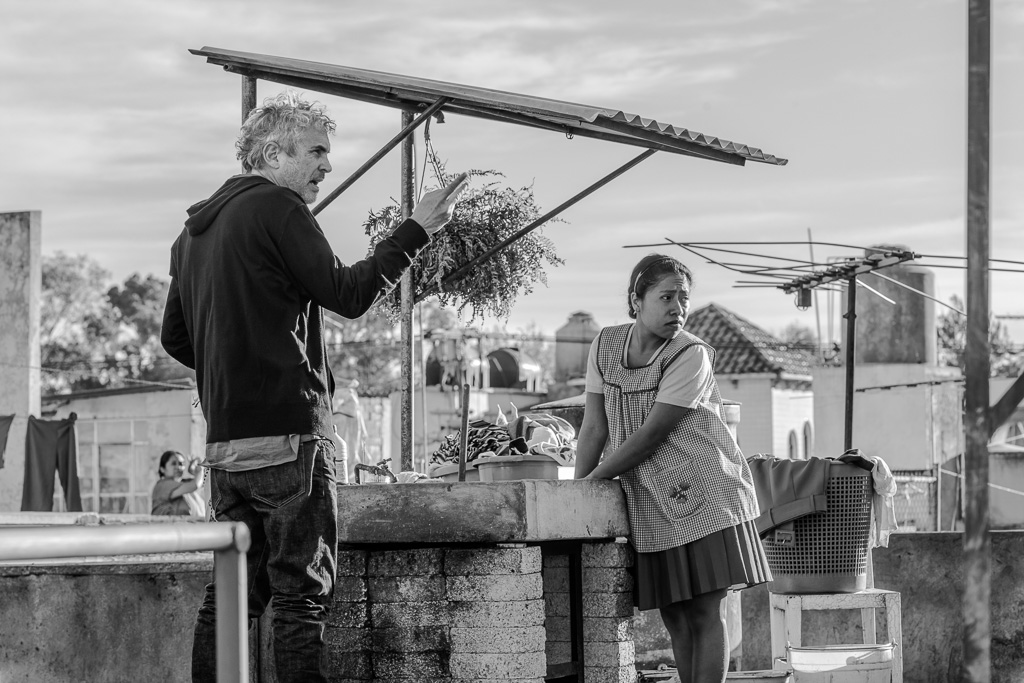 At the Movies: ‘Roma’ Soon to be a Foreign Film Favorite

It’s hard to believe that after making history as the first Mexican to win an Oscar for Best Director with Gravity (2013), Alfonso Cuarón returned to Mexico to produce a film for the first time since Y Tu Mamá También (2001). After the mega success of Gravity, Cuarón was torn between making another effects-heavy, sci-fi epic or a smaller-scale, family drama. Fortunately for us, Cannes Film Festival director Thierry Fremaux convinced him to go with the drama. As one of the rare films distributed by Netflix to hit theaters, Roma is a top contender as the best foreign film of 2018.

In the middle of Mexico City in the district of Colonia Roma, Cleo (Yalitza Aparicio) and Adela (Nancy García) are two lower-class, young women working as full-time maids and nannies for the family of Sofia (Marina de Tavira) and Antonio (Fernando Grediaga) in 1970-71. Antonio takes business trips regularly as a biochemist, and Cleo is almost like a second mother to the couple’s four kids. Throughout the film, Cleo and Sofia also have similar issues with the men in their lives.

Cuarón’s Roma is largely based on the filmmaker’s own childhood and memories of his own family’s housekeeper. Because he wanted it to be so personal and intimate, the whole film is shot in black and white, has no musical score and features only first-time actors (except for de Tavira). The latter is a huge surprise because all the performances come off so natural and genuine. Cuarón also used very few close-ups while emphasizing the primary uses of panning, wide shots and establishing shots that make the feature more authentic.