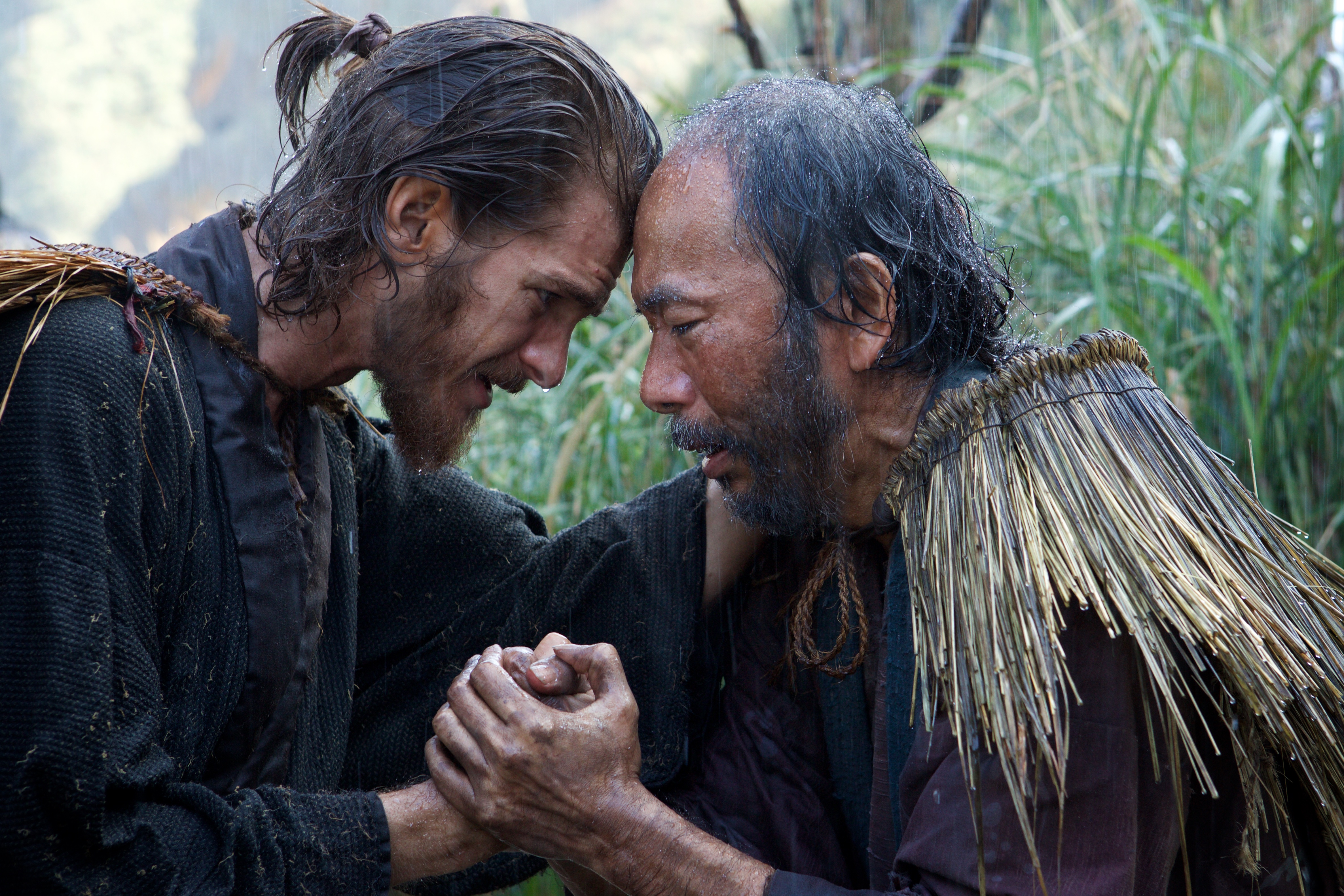 At the Movies: Scorsese’s Eerie ‘Silence’

Martin Scorsese’s Catholic upbringing has followed him his whole career. It is evident from his consideration of becoming a missionary, to his films Mean Streets (1973) and The Last Temptation of Christ (1988), to religious imagery subtly appearing in films of his no matter the genre. His movie currently in theaters is Silence, based on the Japanese novel by Shūsaku Endō. The movie has been a decade in the making as a passion project of the director’s.

In 1640 Japan, Father Ferreira (Liam Neeson) is kidnapped and tortured by local samurai after Christianity has been forbidden despite many successful years of missionary work led by Europeans. Father Rodrigues (Andrew Garfield) and Father Garupe (Adam Driver) leave Portugal to go on a quest to seek Ferreira’s whereabouts and if he has really turned away from the church, as was rumored. Their guide is a cowardly drunk named Kichijiro (Yosuke Kubozuka).

Silence was co-adapted by Scorsese and Jay Cocks, marking their third film together after The Age of Innocence (1993) and Gangs of New York (2002). This is one of the harshest, yet respectful films to ever be made about Catholicism. Focusing on a piece of history that could have been a mess narratively, it is more genuine coming from the auteur. Garfield gives the performance of his career as a priest who feels it’s his duty to spread the word of the lord, while also facing his inner demons of doubt. The lack of score—hence the movie title—is eerie and effective. If you can stomach it, take a look at Scorsese’s latest.