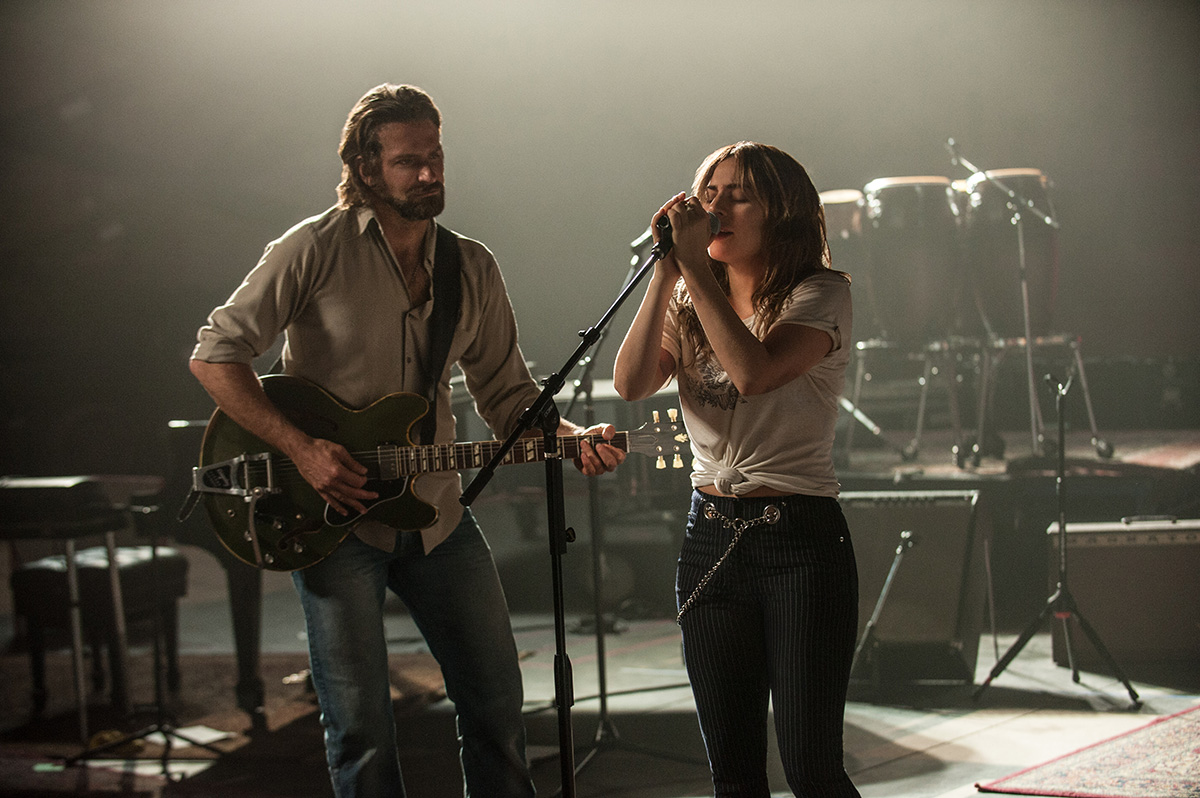 At the Movies: ‘A Star is Born’ Once Again

What does it say about the state of Hollywood that the fourth remake of A Star is Born is currently the best film of the year? For the past 86 years, the film industry has been in love with the traditional tale of a young, talented starlet skyrocketing to fame with the help of an older, dwindling legend. In 1932, this story was called What Price Hollywood? with Constance Bennett as the female star. Since 1937, it’s been titled A Star is Born with Janet Gaynor, Judy Garland (1954), Barbra Streisand (1976) and now Lady Gaga as the lady leads.

In 1932 and 1937, Bennett and Gaynor played local girls who are swept up into movie stardom, while the 1954 version with Garland has her with a successful movie/musical career. Lady Gaga’s role takes a cue from Streisand’s 1976 effort, with our current protagonist, Ally, being a music artist. Bradley Cooper has the less flashy role of Jackson Maine, an established star with an alcohol and drug problem on the verge of becoming a has-been. Cooper’s not only following in the steps of Lowell Sherman, Fredric March, James Mason and Kris Kristofferson, but he’s also taking the director’s chair. For someone who had never directed before, he handles the double duty of co-starring and directing exceedingly well.

There are a couple of callbacks to the earlier versions, but fortunately, it never feels like a rip-off. Considering the modern take on A Star is Born had originally been stuck in production hell for a decade, the final version easily could have backfired. Luckily, the chemistry between Cooper and Lady Gaga, plus Matthew Libatique’s cinematography, hold it together.