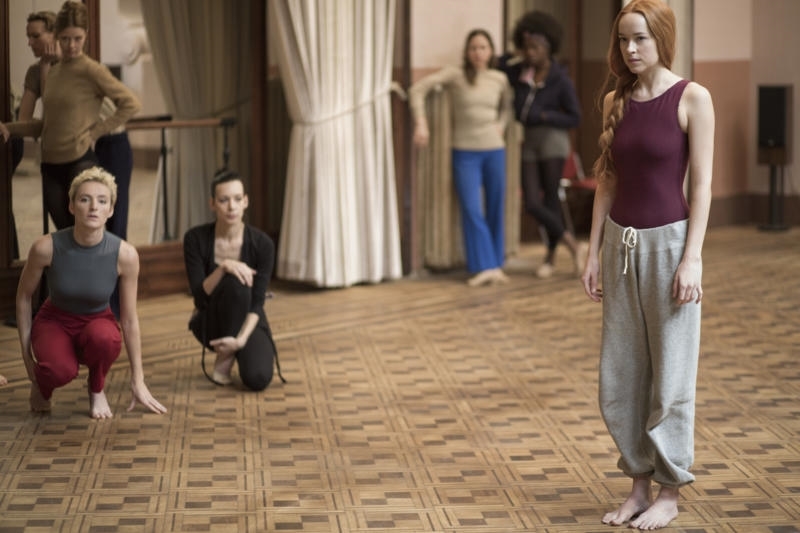 At the Movies: ‘Suspiria’ is a Literal Horror

Only a year after achieving stellar success with his adaptation of Call Me By Your Name (2017), Italian filmmaker Luca Guadagnino follows up with something completely different. Reuniting with a lot of his team from A Bigger Splash (2015)—including actresses Dakota Johnson and Tilda Swinton, and screenwriter David Kajganich—Guadagnino takes on the unlikely task of remaking Dario Argento’s arthouse cult horror classic, Suspiria (1977). And its new take is 10 times even more polarizing.

In 1977 Berlin, Germany, a respected dance company is run by and only hires women. Sometimes, girls will disappear or quit the company under mysterious circumstances. Local psychologist Dr. Jozef Klemperer (“Lutz Ebersdorf”) is convinced the place is secretly overrun by witches. Some of the dancers who claim as much are shrugged off as hysterical. For Susie (Johnson) and Sara (Mia Goth), their journey into the darkness is just beginning.

Jessica Harper makes an appearance 40 years after playing Susie in the original; and last month “Ebersdorf” was revealed to actually be Swinton in heavy prosthetics. Swinton plays multiple characters in the film, which is the most impressive part of the film and helps distract from Johnson’s ugly orange wig. Suspiria is what it was four decades ago: style over substance. But the previous version was so influential and intriguing with its aesthetics and direction that it was enough to make up for the lack of plot. This time the style is so grotesque and over the top, it’s just unpleasant. Thom Yorke’s score is a fine effort, though his theme song aids in making the cartoonish final act laughable. Suspiria proves that Hereditary is the superior cult-themed horror film of 2018.