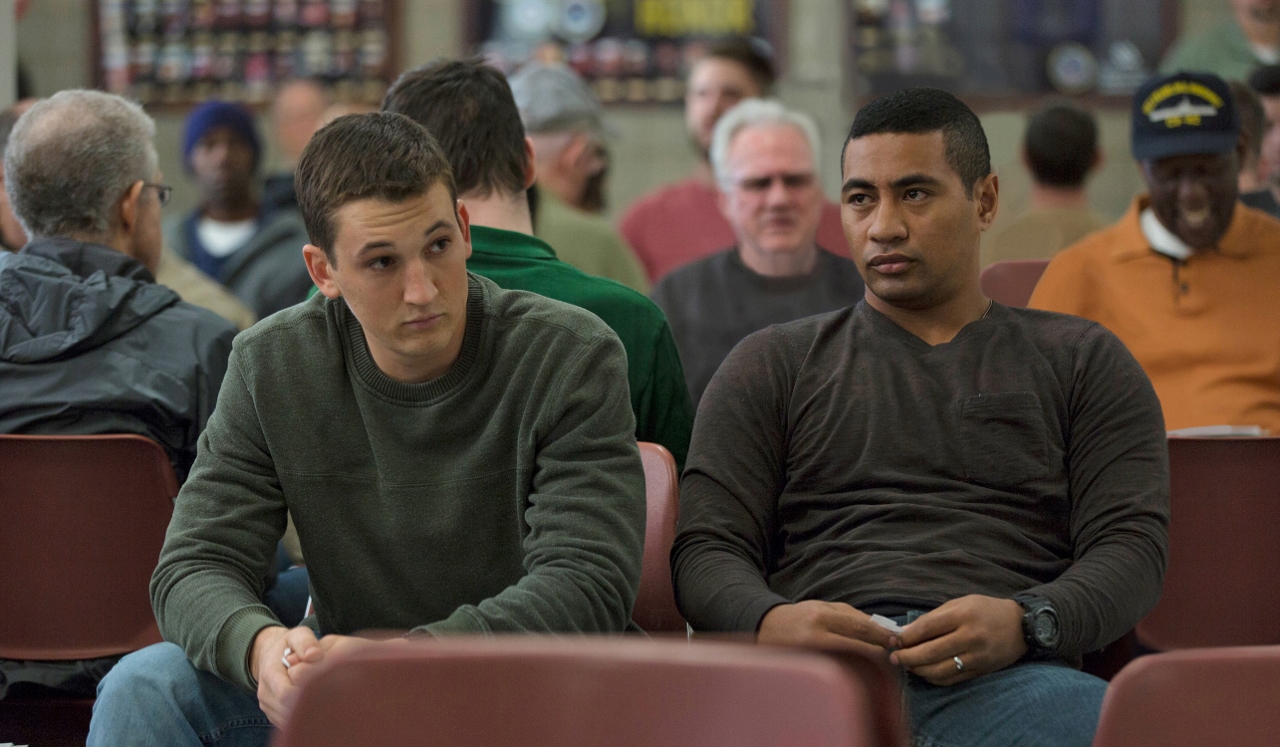 At the Movies: ‘Thank You for Your Service’ Doesn’t Overwhelm with Bias

Writer-director Jason Hall’s military drama Thank You for Your Service might as well have been released on Halloween weekend, as its target audience wasn’t compelled enough (based on poor box-office weekend returns) to support it, and it probably wouldn’t have succeeded during any other month. Although it is essentially a loose, modern remake of the classic The Best Years of Our Lives (1946), it appears to be not patriotic enough for some viewers and a bit esoteric for others. Despite the poor box-office feedback, Hall’s film is still a fascinating character study, with an ironic movie title.

Sgt. Adam Schumann (Miles Teller), Specialist Tausolo Aieti (Beulah Koale) and Sgt. Billy Waller (Joe Cole) are returning home after serving tours in Iraq. Adam is having trouble opening up to his wife Saskia (Haley Bennett) about his experiences; Solo is still reeling from his trip abroad and doesn’t feel right at home with pregnant girlfriend Alea (Keisha Castle-Hughes); and Billy returns to his house only to discover his fiancée has moved out.

Hall also adapted the script for Clint Eastwood’s American Sniper (2014), and his directorial debut is even more impressive than his previous feature with a Hollywood film legend. The portrayal of soldiers suffering from post-traumatic stress disorder (PTSD) in Thank You is stark and graphic, and takes the theme even further than Sniper did. Teller and Koale give two very strong and emotional performances, and Teller in particular is back in fine form after a string of duds the past couple of years. Thank You borders on anti-war rhetoric and themes, but never overwhelms the viewers with bias.