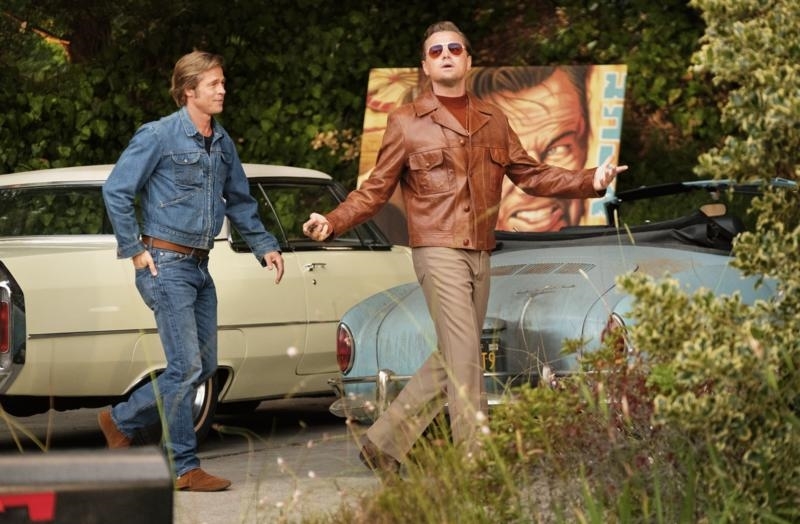 At the Movies: ‘Once Upon a Time in Hollywood’ a Funny, Retro Fairytale

What can be said about the late 1960s that hasn’t already been said? By 1968, peace and love were at an all-time high, and it looked as if the only place to go from there was down. And in 1969, that’s essentially what happened with the overcrowded chaos of Woodstock, the violence at Altamont and 10 murders caused by the Manson cult. In Once Upon a Time in Hollywood, it’s pretty much exactly what you would expect from Quentin Tarantino re-writing 1960s history for his own art.

Tarantino’s version of 1969 has everything still euphoric and free-spirited. Our leads are fictional TV star Rick Dalton (Leonardo DiCaprio) and Rick’s friend and regular stunt double Cliff Booth (Brad Pitt). Rick’s on the verge of a midlife crisis over the fact that he’s now viewed as a has-been. Our female lead is the very real Sharon Tate (Margot Robbie), who is living it up with her buddies in Hollywood as the next big starlet.

Like most of Tarantino’s movies, he overstays his welcome with the run time. But unlike Django Unchained (2012) and Hateful Eight (2015), which feel almost sluggish by the end, Hollywood manages to fully keep our interest. The new film is surprisingly the least graphic by the director’s usual violent standards and even more surprisingly has a lot of sentimentality. There are a couple of scenes that veer closely to “fanfiction” territory, yet on top of all of this, Once Upon a Time in Hollywood is just straight-up funny. If you can handle some revisionist history for the sake of entertainment, this could be one of the better movies you see this summer.