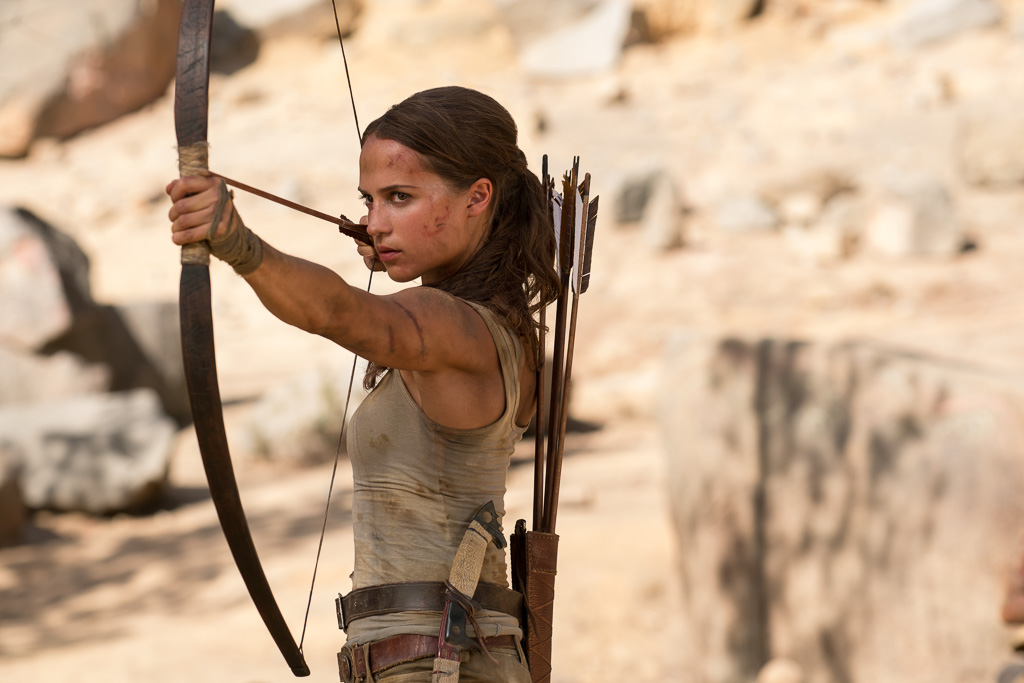 At the Movies: Vikander is the ‘Most Memorable’ in New Generation ‘Tomb Raider’

Only two years after taking “Best Supporting Actress” at the Academy Awards for The Danish Girl, Alicia Vikander surprisingly followed up her success with signing on to be the next live-action face of the iconic video game character Lara Croft. It’s been over a decade since Angelina Jolie originally portrayed the character on film in Lara Croft: Tomb Raider (2001) and The Cradle of Life (2003). The first two films were considered mediocre despite the decent casting, but what about the new film—simply called Tomb Raider—with Vikander?

In London, England, heiress Lara Croft (Vikander) lives modestly as a delivery server and boxes at the local gym. Seven years after her father (Dominic West) disappears, she’s still hoping that he is alive. When Lara discovers that her dad was in the middle of discovering a mystical curse on an ancient Japanese island, she decides to pick up where he left off with the help of drunk fisherman Lu Ren (Daniel Wu).

MGM’s Tomb Raider is possibly the best video game adapted for film to date. That said, the standards in the genre of video-game movies are so low, it’s not saying much. Like most decent action films, the weakest link is the script, which has some hokey character development. The direction is interesting because it tries to distinguish itself as a film while alluding to its video-game roots with the action sequences. But by far the most memorable aspect of Tomb Raider is Vikander herself, who proves she can lead a blockbuster just as much as a drama.