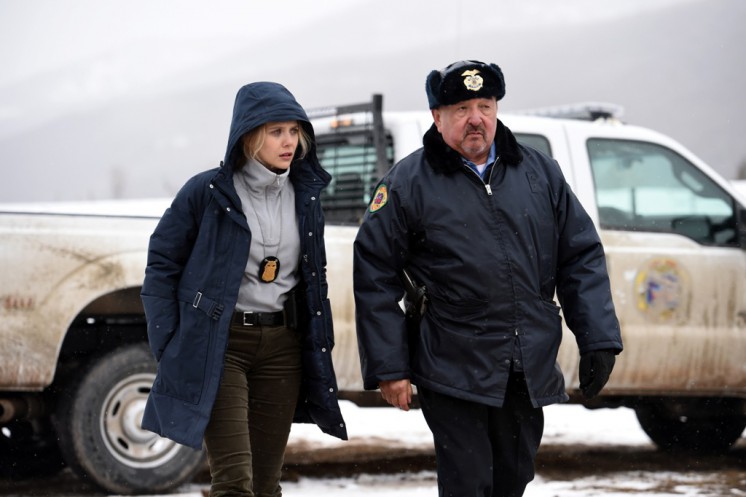 At the Movies: ‘Wind River’ Is a Fine Addition for Director Sheridan

With another untimely release date, and only a week after Kathryn Bigelow’s Detroit, Taylor Sheridan’s Wind River comes to theaters with a political theme a little too close to home. Sheridan is the TV actor-turned-screenwriter behind the critical hits Sicario (2015) and Hell or High Water (2016), and makes his directorial debut here. Recruiting Marvel actors Jeremy Renner, Elizabeth Olsen and Jon Bernthal as his stars, the drama/thriller is still a quality input for Sheridan’s resume.

In the middle of snowy Wyoming, local game tracker Cory Lambert (Renner) discovers the dead body of his friends’ teenage daughter (Kelsey Asbille) right on the edge of the Wind River Indian Reservation. Las Vegas FBI agent Jane Banner (Olsen) is assigned to the case and convinces Cory to help her learn about the town and the possible murder suspects. Along the way, Jane also finds that Cory himself has some secrets.

Graham Greene co-stars as the town sheriff. Wind River is loosely based on actual events that are still occurring in Native American communities where dozens of young girls are missing or found dead, and many of the cases aren’t given full investigations. Sheridan’s film might be a bit uncomfortable for some with recent racial tensions brimming throughout the nation, but it is still a fine feature—with a pretty eerie score by Nick Cave—and proves the filmmaker is here to stay and keep his mark in cinema. If there’s one odd complaint, it’s that Olsen didn’t need to be wearing that much makeup while investigating in the middle of the wilderness.