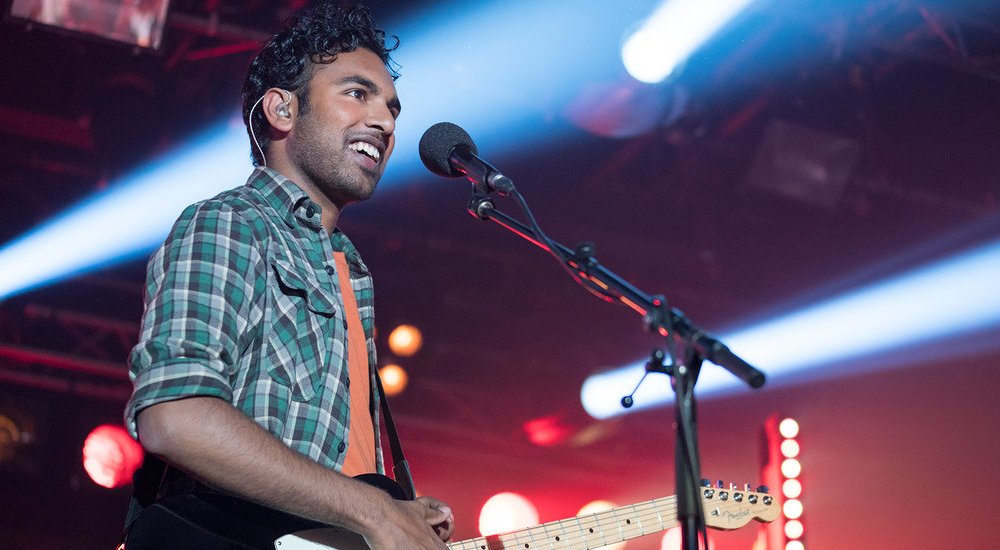 At the Movies: ‘Yesterday’ Not So Far Away, After All

As someone who’s considered the Beatles my favorite band since high school, Hollywood using their music as a gimmick has always been really hard for me to buy into. I loved the Cirque du Soleil stage show “LOVE” when it debuted in 2006, but I didn’t enjoy Julie Taymor’s film musical Across the Universe (2007) at all. Suffice to say, I went into Yesterday with low expectations. Instead, I came out of the new movie pleasantly surprised.

In modern-day England, Jack (Himesh Patel) is a struggling local musician who is about to give up his dream of being a singer-songwriter. One late night while riding home, Jack experiences a biking accident at the moment when the whole world loses power for 10 seconds. When he awakens the next morning, he discovers that he’s the only one who remembers who the Beatles are. Jack sees this as a huge advantage to finally break through as an artist.

Yesterday is a lot funnier than I was anticipating going into the viewing, and I think a lot of it has to do with Richard Curtis being recruited for the script. Curtis has a well-earned reputation for penning beloved romcoms, so it’s no surprise the love subplot with Patel and Lily James is indeed cute and given proper attention in the screenplay. But, unfortunately, the logic behind all of the rewriting of history is very flimsy and relies entirely on the audience’s instinct to suspend disbelief. All the same, Yesterday still works as a fun date night or hang-out flick with friends, and the covers of all the Beatles songs are pretty good, too.