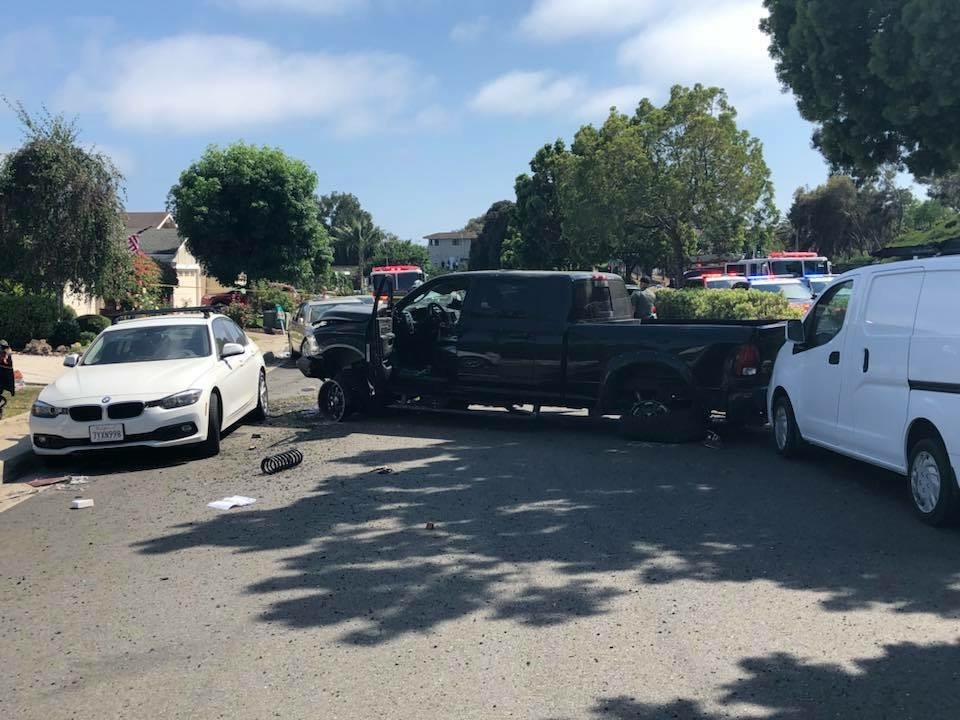 Carrie Braun, a public information official with OCSD, said deputies are still making determinations on how the collision occurred and what factors may have contributed to it.

On Tuesday, Aug. 22, at the San Clemente City Council meeting, several people from the neighborhood near the 700 block of Camino de los Mares said during the public comment period that they would like a traffic analysis study conducted by the city. They said they want to determine if anything can be done to protect their frontage road where two bicyclists and a pedestrian were injured on Aug. 12 and to see if any speed-limit reductions could be made. The driver was also injured in the incident. The road and nearby homes as of now are only guarded by a short median with bushes in front of it.

The  San Clemente Times has contacted OCSD each working day since the incident occurred, but few details have been made public since the initial report, given the severity of the incident.

A driver and three other people were injured at about 2:30 p.m. on Sunday, Aug. 12, after the motorist driving a 2016 Dodge pickup truck struck a median at a “high rate of speed,” crossed through the median and hit several parked cars, causing either his or other vehicles to strike a pedestrian and two bicyclists in the 700 block of Camino de los Mares, according to officials with Orange County Sheriff’s Department (OCSD).

One person is in critical condition and at least two people were airlifted to hospitals. The driver’s condition was unclear, and he was described as a man in his 30s, said Carrie Braun, public information officer for OCSD, but that the driver was taken to a local hospital.

As of 5:45 p.m., Camino de los Mares is closed in both east and west directions from Avenida Vaquero to Calle Nuevo for at least the next four to six hours, Braun said.

It has also not yet been determined whether alcohol or other impairments were a factor in the incident. Braun said MART personnel are currently interviewing witnesses, and details of the incident may not be readily available until later.