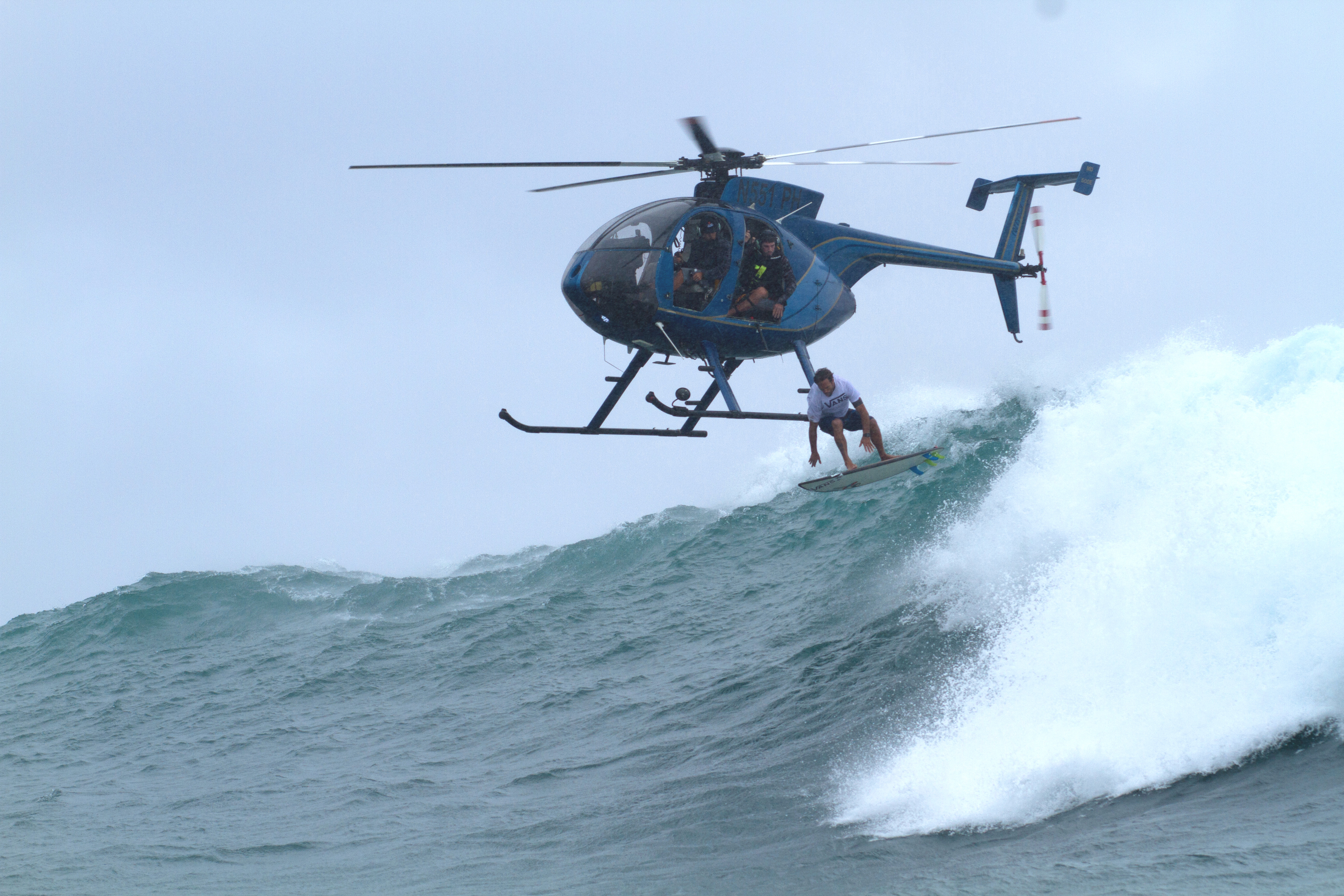 If you enjoy watching people challenge waves of unusual size and power, you’re going to love the new film by director Michael Oblowitz. Heavy Water documents and details San Clemente’s own Nathan Fletcher and his pursuit to wrangle the Pacific.

From his historic wave at Teahupoo on the 2013 “Code Red” swell, to chasing swell in Fiji and beyond, Fletcher has both the skills and DNA to tackle anything the ocean can throw at him.

“We touch on some family stuff. We talk about what my dad was doing with jet skis on the North Shore back in the day. We talk to Peter Cole about some board design,” Fletcher said. “And then there’s my grandfather and the whole Hoffman story. So, yeah, it touches on that to help set the stage, but it’s not what the whole movie’s about.”

The movie is largely about Fletcher’s relationship with the sea and his good friend, Bruce Irons. It culminates with Fletcher jumping out of a helicopter and into a wave.

“It’s like a mix between Wave Warriors and Hollywood,” Fletcher said. “It’s got the graphics and the narration and everything, but it’s also ‘surfy.’ The story leads up to the helicopter, which is more dramatic. There’s not as much talking. There are multiple angles. It’s kind of futuristic and crazy. So it starts really documentary-style and ends with this look at the future of surfing and big waves and whatever’s going on  . . . not like a wave pool.”

The film, produced by Red Bull Media House and All Edge Entertainment, will have a one-day-only screening in more than 350 theaters around the country on June 13. From there, it will be released on digital platforms.