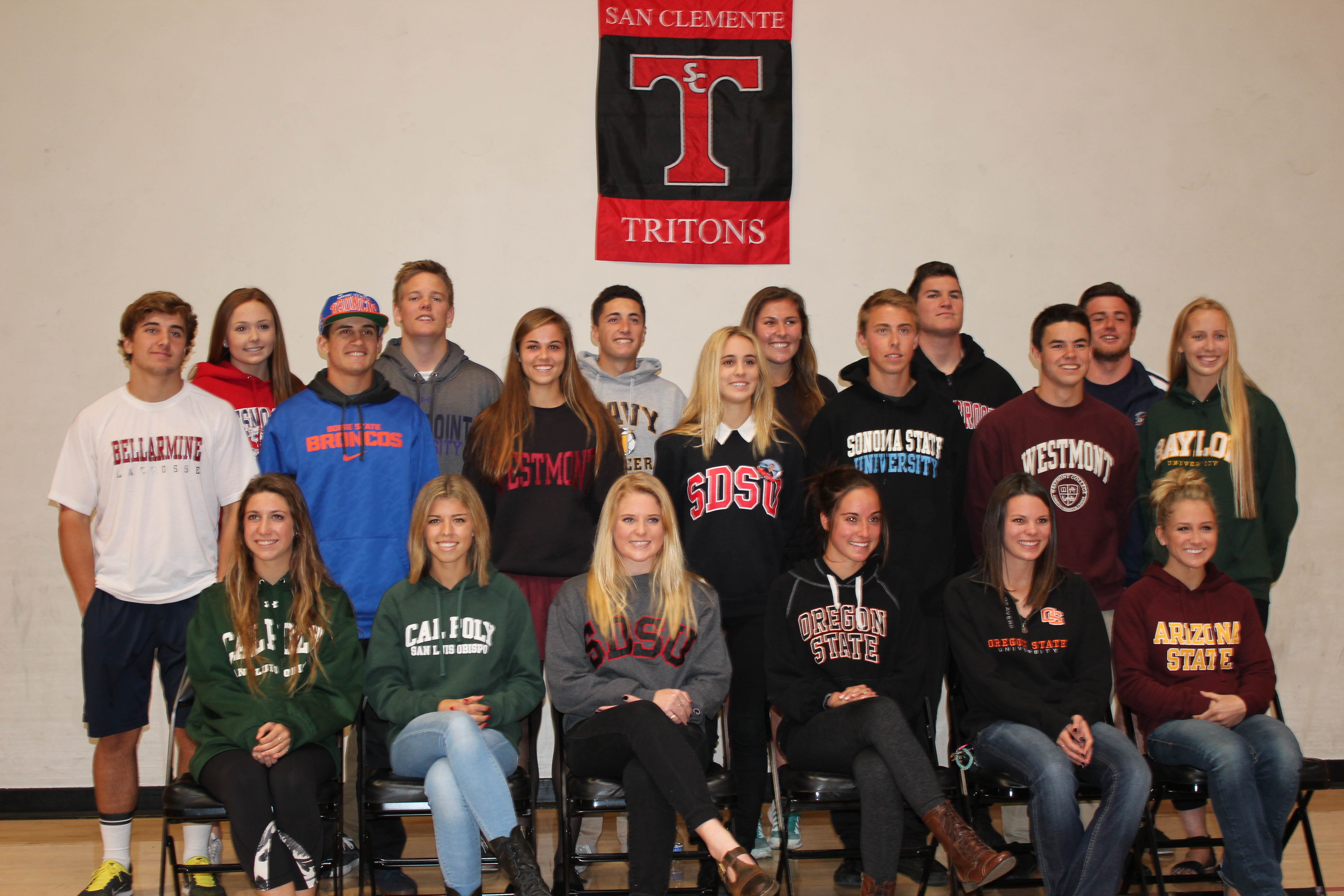 Photos and Text by Steve Breazeale

Today marked the first day that high school student-athletes from certain sports could sign their National Letter of Intent, indicating their college of choice. At San Clemente High School, 19 students joined friends, fellow students, family and staff in a celebration of their academic and athletic achievements.

For the Tritons who committed, the day served as a launching point as they continue on to the next level.

The San Clemente soccer programs had eight student-athletes commit during the year and two of those players, Nikki Faris and Natalie Higgins, have been linked together since they were five years old.

The two seniors took to the pitch on the same youth team, the Purple Stars, as youngsters and now they will both play for Oregon State University in the fall. Higgins and Faris, two standouts on the perennial playoff contending Tritons, were heavily recruited as sophomores and both of them committed at the end of their second year of high school.

“It’s a dream come true, I love playing with Nikki. We are on the same club team and we get to go to college together,” Higgins said. “We both signed at the end of sophomore year and we’ve been waiting for this day to happen and it’s finally here.”

“You couldn’t dream for anything better, going to college with your best friend. It’s exciting,” Faris added.

Senior tight end Jason Wright was recruited by both Villanova and Stony Brook University to play football, but the senior ultimately decided on Stony Brook. Wright found the programs’s offensive schemes were a better fit for his playing style as a mobile, versatile tight end.

Wright plans to major in psychology and minor in music technology, an area of study that made the school more enticing to him. Wright plays drums for his hard rock and metal band, Industria, and produces his own music on a computer program at home.

Here is a list of all the San Clemente High School student athletes, categorized by sport, who took part in the National Letter of Intent Signing Day event.