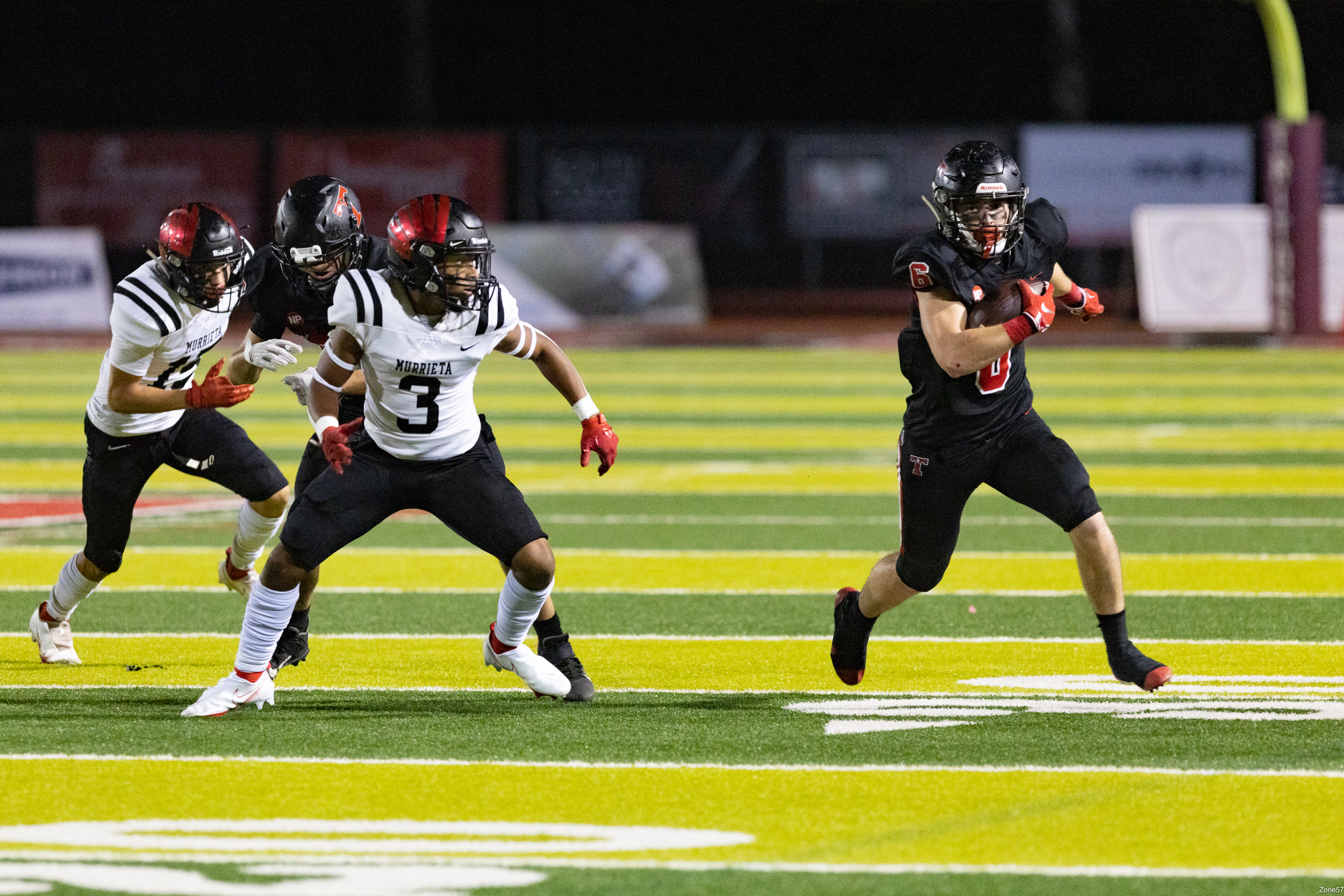 Most believed that, win or lose, San Clemente was set for a spot in Division 2 based on the new system for the CIF-SS playoffs. This season, divisions were being created after the season based on the computer power rankings of calpreps.com, which only take into account current-season results.

However, a big loss by San Clemente (7-3, 2-1) in the South Coast League championship game to Mission Viejo, 45-0, and decent wins by teams below them dropped the Tritons from the lower half of Division 2 to the upper seeds of Division 3.

“I went to bed on Friday night looking at being in Division 2,” San Clemente coach Jaime Oritz said, “and then I woke up being in Division 3. I don’t know how the formula works and all that, but we only control what we control. Prior to the Mission game, I thought (our ranking) would go higher due to strength of schedule.”

Now, with strength of schedules, margins of victory, power rankings and computer algorithms behind them, all in all, things worked out positively for the Tritons.

When the brackets came out on Sunday, Oct. 31, San Clemente had earned the No. 4 seed in Division 3 and a first-round home game against Roosevelt of Eastvale (6-4). The Tritons host the Mustangs on Friday, Nov. 5. Tickets can be purchased at gofan.co/app/school/CA19019.

“They’re a hard-nosed team,” Ortiz said of Roosevelt. “Big offensive line, athletes at the perimeter. The team that wants it more will go as far as they can go. The big emphasis for us is to figure out how.”

As far as this new playoff system is concerned, Ortiz believes the CIF achieved its goal of furthering competitive equity among all teams across all playoff divisions. The gap between the No. 1 seed and the No. 16 seed in each division is closer than ever, which should set up mostly even matchups throughout the CIF-SS playoffs.

“You look at the bracket from top to bottom, they’re all quality programs,” Ortiz said. “But there’s games that are winnable. You take it one game at a time, and I want our kids to build confidence. Those nonleague games (against higher-ranked opponents including Edison, Corona del Mar and Murrieta Valley, which all landed in Division 2) prepared us for Friday night.”

There are some quirks to the new playoff system that also played out when the brackets were released on Sunday. Just among local teams, for example, JSerra made the playoffs in Division 2 as an at-large team despite a 3-7 overall record and 0-5 record in the Trinity League, as there was an at-large spot available with no higher-ranked teams with a winning record.

Lower in the Division 3 rankings, San Juan Hills is the highest-ranked team not to make the CIF-SS playoffs, despite also having a 3-7 record, like JSerra. Unlike Division 2, there were no open at-large slots for San Juan Hills to take, although there might have been had a coin flip for Rancho Cucamonga gone the other way.

Automatic qualification through league play prevalently became much more important once the interested parties saw how the division selection played out, but for teams that were at-large selections, their overall record became almost as important, which again brought up the age-old question of how to schedule in nonleague. Strength of schedule is helpful in the rankings, but in the case of San Juan Hills, it’s only helpful if you win the games. So, do you schedule for wins, or do you schedule for challenges?

“When we set out in the season, our goal is to be league champs,” Ortiz said. “You set out to prepare for that, and the rest shakes itself out. As long as I’m coach here, we’re going to schedule tough teams. We take pride in playing tough opponents; you want to challenge yourself, and that prepares you.”

San Clemente has gone through its challenge of a regular season, and the Tritons will take their first steps into this new playoff field on Friday.