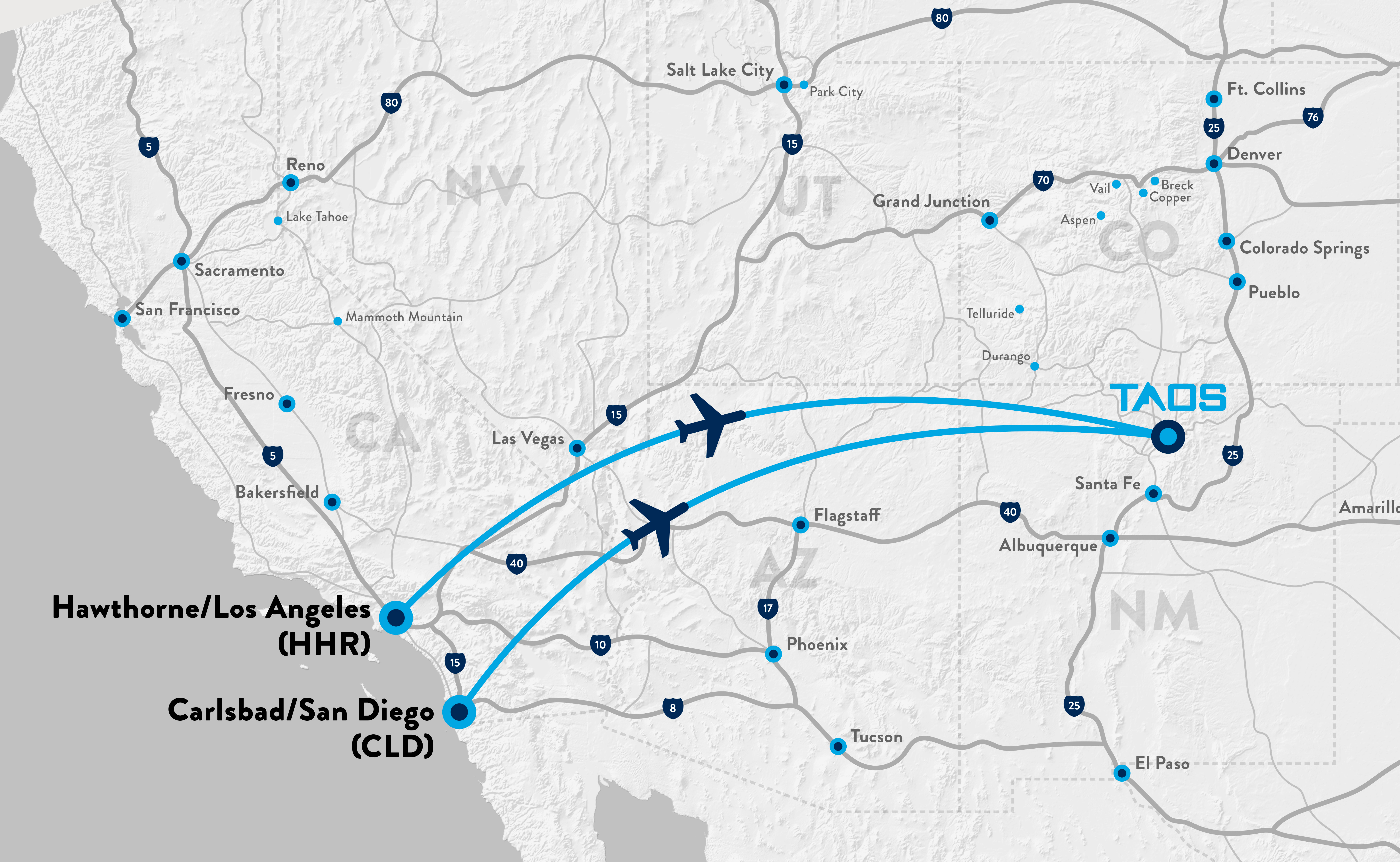 Snow enthusiasts residing in Orange County will soon have one other point of access to powder.

In a move that makes skiing and snowboarding the Rocky Mountains easier for Southern Californians, the Taos Regional Airport will begin direct charter flight service to and from Hawthorne Municipal Airport in Los Angeles and McClellan-Palomar Airport in Carlsbad beginning on Jan. 9.

Taos Air offers a charter flight experience at the price of a commercial airline ticket, according to a Taos press release. It also offers complimentary ground shuttle service between the airport and Taos Ski Valley’s newest hotel, The Blake at Taos Ski Valley, along with complimentary ski and snowboard rentals for four days.

Starting Jan. 9 and continuing through March 29, Taos Air will provide direct charter flight service between Taos Regional Airport (TSM), from Hawthorne Municipal Airport (HHR) in Los Angeles and McClellan-Palomar Airport (CLD) in Carlsbad. Winter service will consist of one flight to and from each destination every Thursday, Saturday, and Sunday—or holiday Monday—for a total of six round trips per week. For a full winter schedule, visit taosair.com.