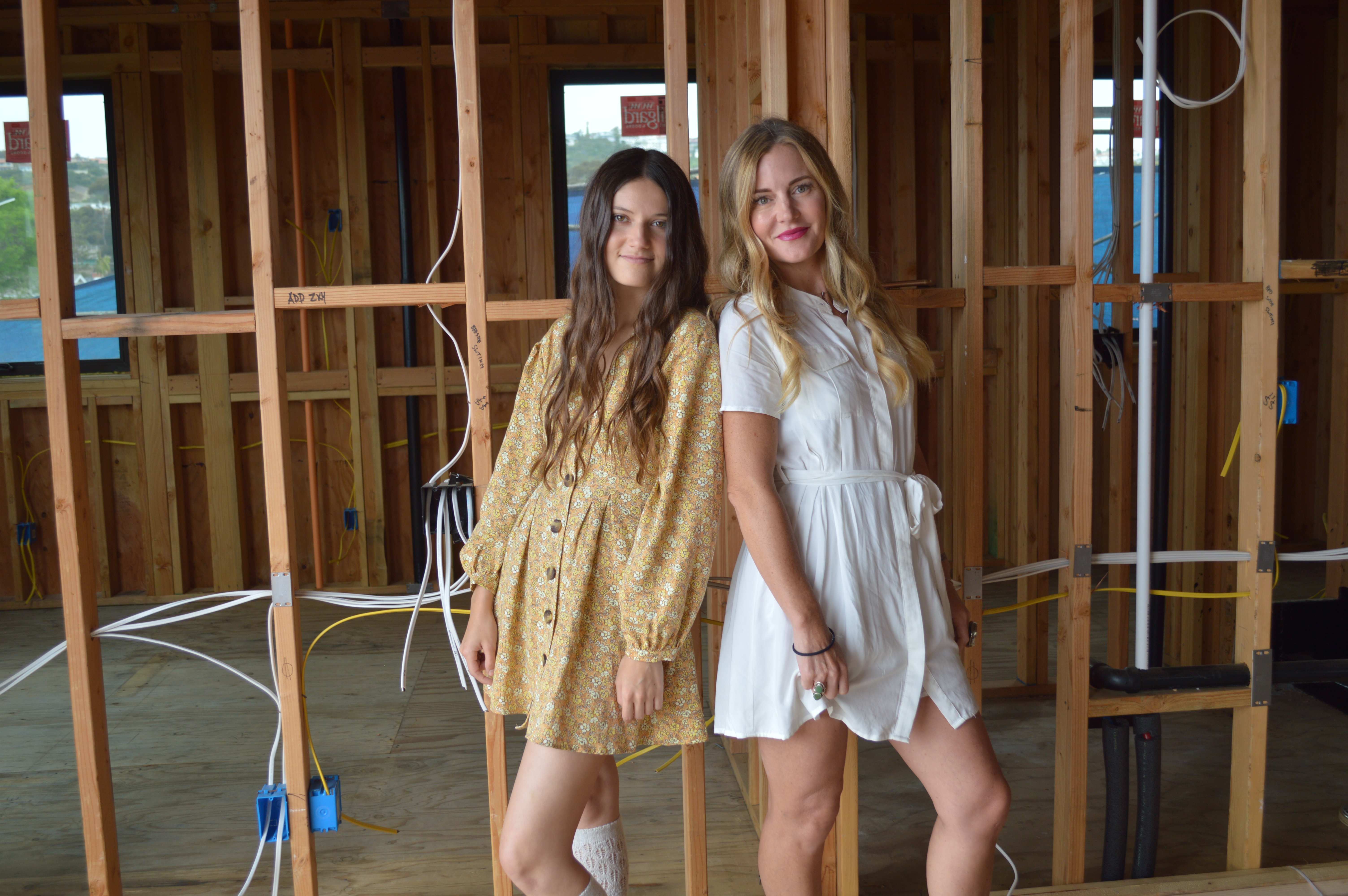 The style and details of Nicole Zoë Designs

San Clemente local Nicole Sayer puts her personal stamp of design on one house at a time. After acquiring her degree in graphic design from San Diego State, she invested in dwelling properties, perfecting her remodeling skills under the guidance of local contractors. Through word of mouth, design enthusiasts took notice of her emerging business, Nicole Zoë Designs, which debuted earlier this year.
Sayer’s apprentice, Zoë Williams, had a knack for art and pursued a commercial career in the field. She began attending the Interior Design Institute of Newport Beach, where she is a senior majoring in interior design architecture. She relocated to San Clemente and met Sayer, who offered her an internship to gain hands-on experience in the industry. After the two collaborated on Sayer’s first commissioned project, Sayer was taken by Williams’ talents and made her a permanent member on her team.

The team said their business specializes in teardowns and remodels, ranging from a single room to an entire home. Sayer’s take of modern Spanish revival stemmed from Ole Hansen’s Spanish-style coastal architecture of San Clemente from the 1920s. Sayer’s aesthetic complements Williams’ expertise in structural and rustic elements with an eye to maintain a minimalistic presence.
Sayer said each project is individually tailored by interviewing the clients in order to conceptualize what they envision for their dream home. The duo meets weekly with their clients to assess the progress while bridging the gap between the owner and contractor. Depending on the project size, the technicalities can take more than a year to complete.
“Every project is so different; I can walk in a space and visualize what is beyond the walls and then picture what the space should look like,” Sayer said. “For instance, when I design a kitchen, every appliance or kitchen aid will have a place, to prevent clutter on the countertops. When one walks in, it will appear organized and ultimately open up the space.”
Depending on the project, the team either works directly with the architect or will design their own plans. Sayer composes plans to scale on Illustrator, after which Williams will convert it to create blueprints using drafting software. The two are in the process of developing a full architectural service that will be offered in the future. The team also plans to expand their practice by taking on commercial spaces and has goals to contract more than 10 projects a year.
“Building a home can be extremely overwhelming for even the most planned and experienced,” Sayer said. “It is common to see people dive into a remodel without using a designer, only to realize they may be in over their heads. By using a designer, it eliminates frustration when one considers the impulsive changes or costly mistakes due to poor planning.”
Nicole Zoë Designs’ new Instagram page featuring finished projects has grabbed the attention and been shared by companies worldwide, including Annie Selke, Pom Pom at Home, CB2 and Winston House Australia.