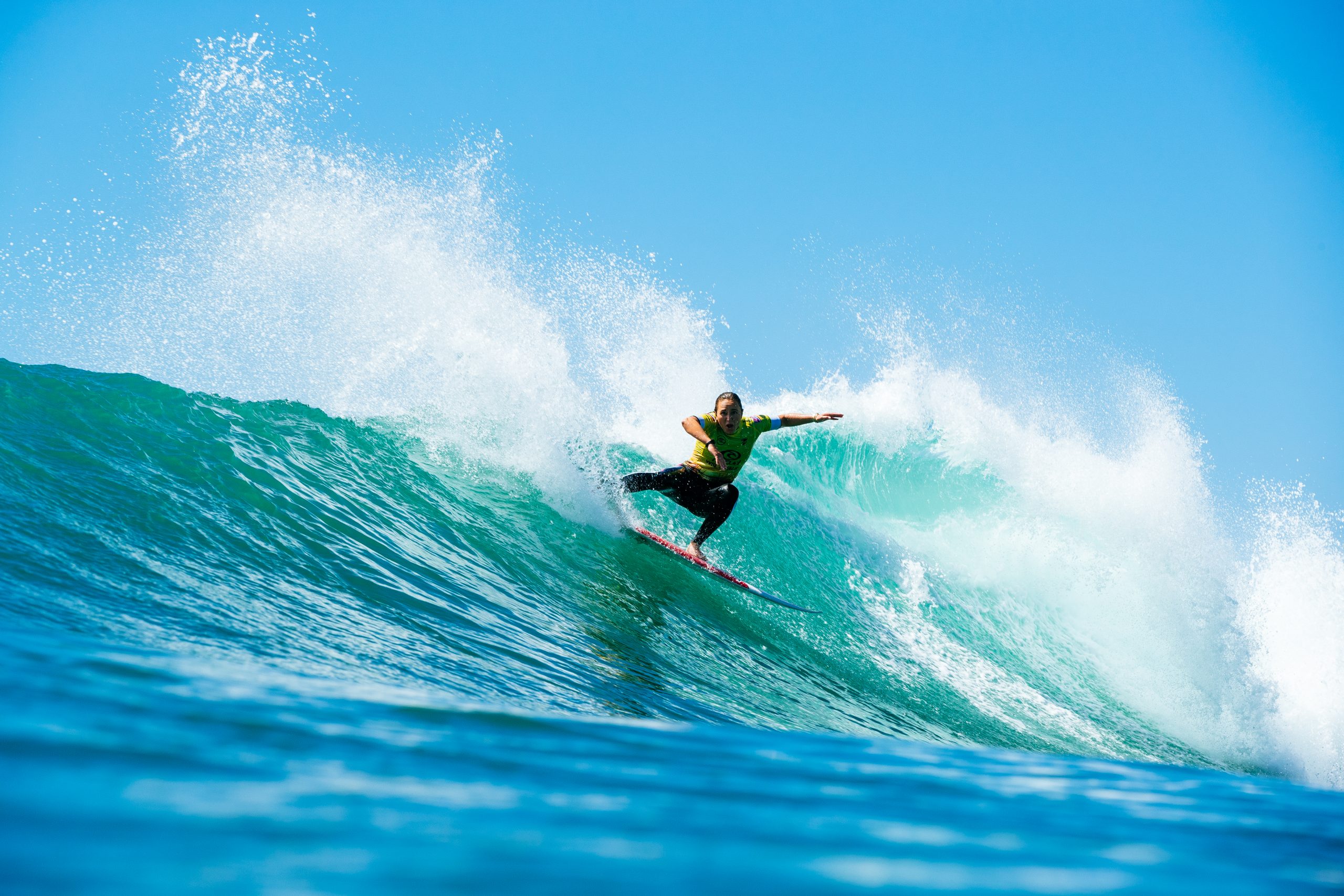 The start of the WSL’s 2022 Championship Tour is at hand. After crowning Carissa Moore and Gabriel Medina as world champs last September at firing Lower Trestles, the new season is here and chock-full of intrigue.

The action will kick off with the Billabong Pro Pipeline. The waiting period gets underway on Jan. 29.

Leading with the local news first, it was announced last week that the Rip Curl WSL Finals have been confirmed for Lower Trestles for 2022 and 2023—meaning the world titles will be won right here in our own backyard, again, for the next two years.

“We’re incredibly supportive of the return to Lower Trestles for the 2022 Rip Curl WSL Finals,” Rip Curl CEO Brooke Farris said in a prepared statement. “As a world-class, high-performance wave, it’s the perfect canvas for the world’s best surfers to push the boundaries of what’s possible in the water. While our brand was born at Bells Beach, Australia, Rip Curl has an incredible heritage at Trestles, the surfing heart of California.”

Meanwhile, San Clemente’s Kolohe Andino will be back in a jersey this year after spending much of 2021 on the disabled list. Recovered from foot surgery, and raring to go, the new dad will also kick off the season with a new sponsor.

A win on the Championship Tour has eluded him thus far, but getting a fresh start this year could mean a world of difference.

He’ll be joined on the Championship Tour by friend and fellow Lowers regular Griffin Colapinto, who finished last season ranked sixth in the world. Both Colapinto and Andino have great opportunities to finish in the top five at season’s end and graduate to the Finals at Lowers.

Just the thought of having two locals vying for the world title here in front of the hometown crowd is exciting. (And you thought the beach was packed last year!)

On the women’s side, Carissa Moore has captured the past two world titles and shows no sign of slowing down. She’s a favorite at Pipeline, where the tour will get started this year for the first time, and she’s got Lowers on lock.

She’s only two titles away from tying the record of seven held by Layne Beachley and Stephanie Gilmore. After a historic run last year in which she captured the title and an Olympic gold medal, she’s undoubtedly the best right now. But what’s scary is she seems to only be getting better.

On the subject of world champions, in just a couple of weeks, 11-time champ Kelly Slater will celebrate his 50th birthday. Still on tour, still one of the best at Pipeline, the GOAT hasn’t made his intentions for the season clear, but just the fact that we’re having this conversation as he crosses the half-century mark is incredible. As my dad likes to say, good never ends.

Meanwhile, defending World Champ Medina announced this week that he will be sitting out the start of the 2022 season due to personal reasons.

Finally, the tour is heading to a few different locations this year. After the Pipeline event, the action will move up the North Shore’s Kam Highway to Sunset Beach. Sunset hasn’t been a Championship Tour stop in more than a decade, and its expansive, open-ocean lineup will present some exciting challenges to the world’s best surfers.

The tour will also return to G-Land in Indonesia, a location it hasn’t visited since the mid-’90s. And new to the lineup is a stop in El Salvador.

It’s going to be a great year for the Championship Tour, I can already tell. With all the fresh talent and fresh venues, certainly anything can happen, and if the ocean cooperates, we should be in store for one heck of a year.

The fact that we get to see it all culminate on our shore with the Rip Curl WSL Finals this September—what a dream.