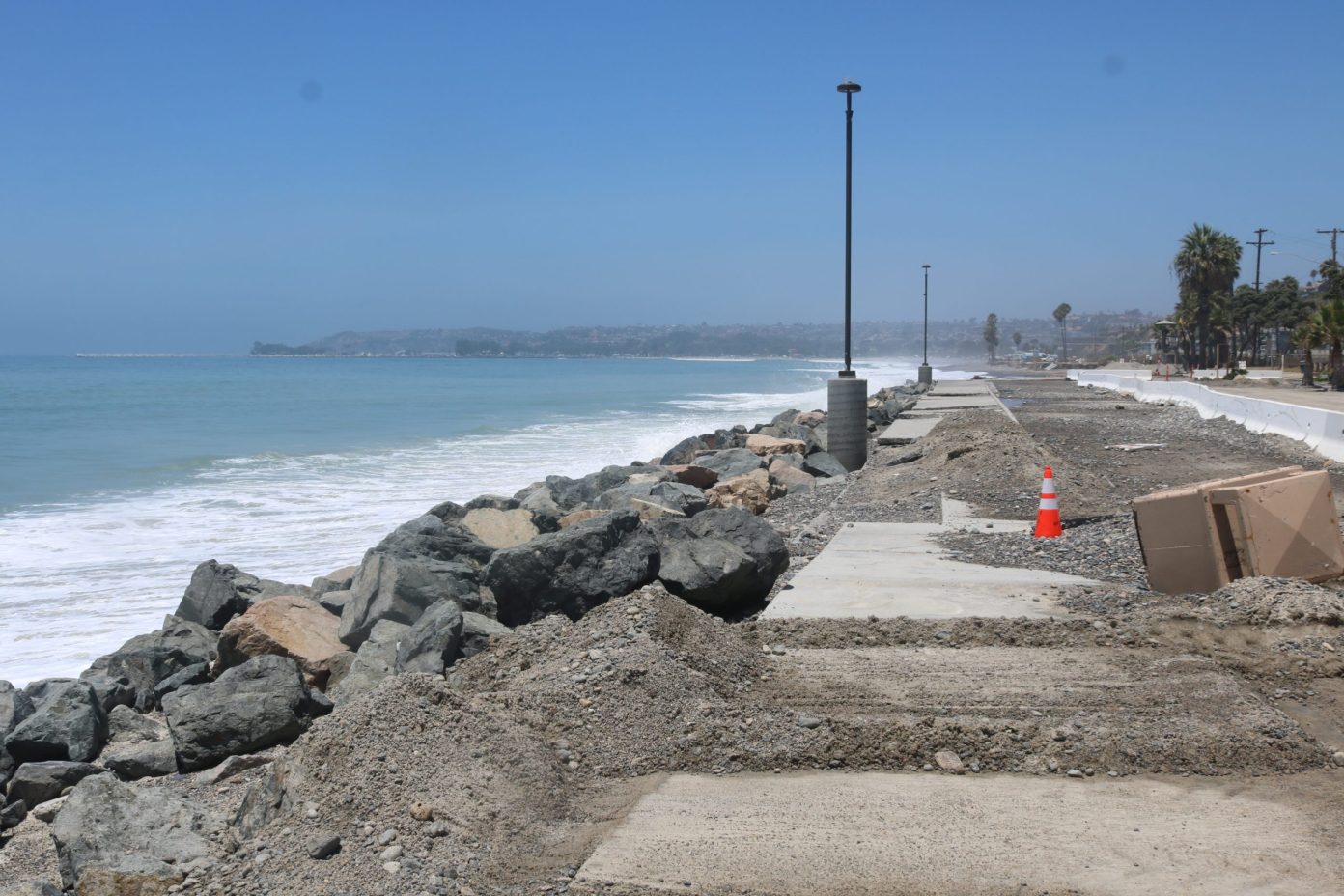 The California Coastal Commission will hold a hearing on Wednesday, Dec. 9, regarding a coastal development permit for interim protection measures at Capistrano Beach County Park.

According to an announcement from OC Parks, the managing agency for the beach, the purpose of the application is to allow previous actions performed to protect the existing facilities and amenities at Capistrano Beach to remain, as further analysis for long-term solutions continues.

Capistrano Beach has sustained considerable damage and erosion in recent years. However, residents and local stakeholders are at odds over what a solution would look like.

Between 2004 and 2020, eight emergency permits were issued to OC Parks to address damage to Capistrano Beach caused by winter storms and high tide events, six of which were issued within the past five years.

These Emergency Permits required OC Parks to apply for a follow-on Coastal Development Permit for after-the-fact authorization of the actions taken, or otherwise remove any site work that was previously performed.

Earlier this year, high tides have overtaken the parking lot, causing further damage to the beach’s sidewalk area. In October 2018, inclement weather and high tides caused the boardwalk and basketball court to buckle; those amenities, as well as a restroom, have since been demolished.

This past July, both Mandy Sackett and Rick Erkeneff spoke on behalf of the South Orange County Chapter of Surfrider Foundation.

“We do not support more boulders on the beach; it doesn’t make sense here, and it’s creating a hazardous situation. More boulders will not solve the problem,” Sackett said.

Erkeneff, a Dana Point resident and vice chairman for Surfrider, echoed Sackett’s sentiments and played video footage for the commission that was taken on Fourth of July.

“We’ve been monitoring the issues at Capo Beach. Over Fourth of July weekend, the parking lot was completely inundated, and the parking lot had to be evacuated. The sidewalks are buckled, the pavement is buckling,” Erkeneff said. “Anything less than taking out the entire parking lot, I think, would be a failed effort. I’d appreciate the consideration for denying future emergency permits for riprap.”

If the CCC approves the requested permit, the county will be allowed to maintain the existing armor rock (riprap) and sand cubes, as conditioned by emergency authorizations.

“This will ensure that the current facilities and amenities at Capistrano Beach will remain until the Master Plan is completed and implemented,” said Jennifer Jung, OC Parks’ project manager.

The permit would also preserve no-cost public parking and provide interim access to the beach, as well as allow protection of the parking lot, entry road, and coastal trail, until a comprehensive long-term plan is completed, Jung said.

Now the building’s remaining seawalls are experiencing climate exposure and are slowly being destroyed.

For residents including Toni Nelson, preserving the beach and its coastal access trail is a priority.

“No one disputes the challenges and effects of sea level rise, a severe lack of sand nourishment and the relentless assault of the Pacific,” Nelson stated in comments to be submitted to Dana Point City Council. “It’s a reality we must face, but not retreat from, without first doing our very best to retain precious coastal resources.”

The city of Dana Point has submitted public comments in support of the planned work for Capistrano Beach, citing background on a city-owned, multimillion-dollar storm drain at the beach.

“In the past five years, most notably in 2019, the sandy beach and a substantial portion of the trail were eroded by wave action,” the comments state. “Continued erosion of just a few feet could have resulted in the destruction of the Facility, causing deposition of facility debris into the ocean along with discharge from the storm drain runoff that the City is required to treat.”

Staff with the CCC are recommending the commission approve the CDP application with several conditions, including incorporating sensitive species and water-quality protection measures, submitting a feasibility study for a nature-based pilot project, prohibiting placement of new armor rock and limiting permit authorization to two years.

Community members who wish to submit comments during the hearing must submit a speaker slip for the Wednesday agenda online by 5 p.m. on Tuesday, Dec. 8. A link to submit the speaker request is available at the top of the agenda, which can be found at coastal.ca.gov.