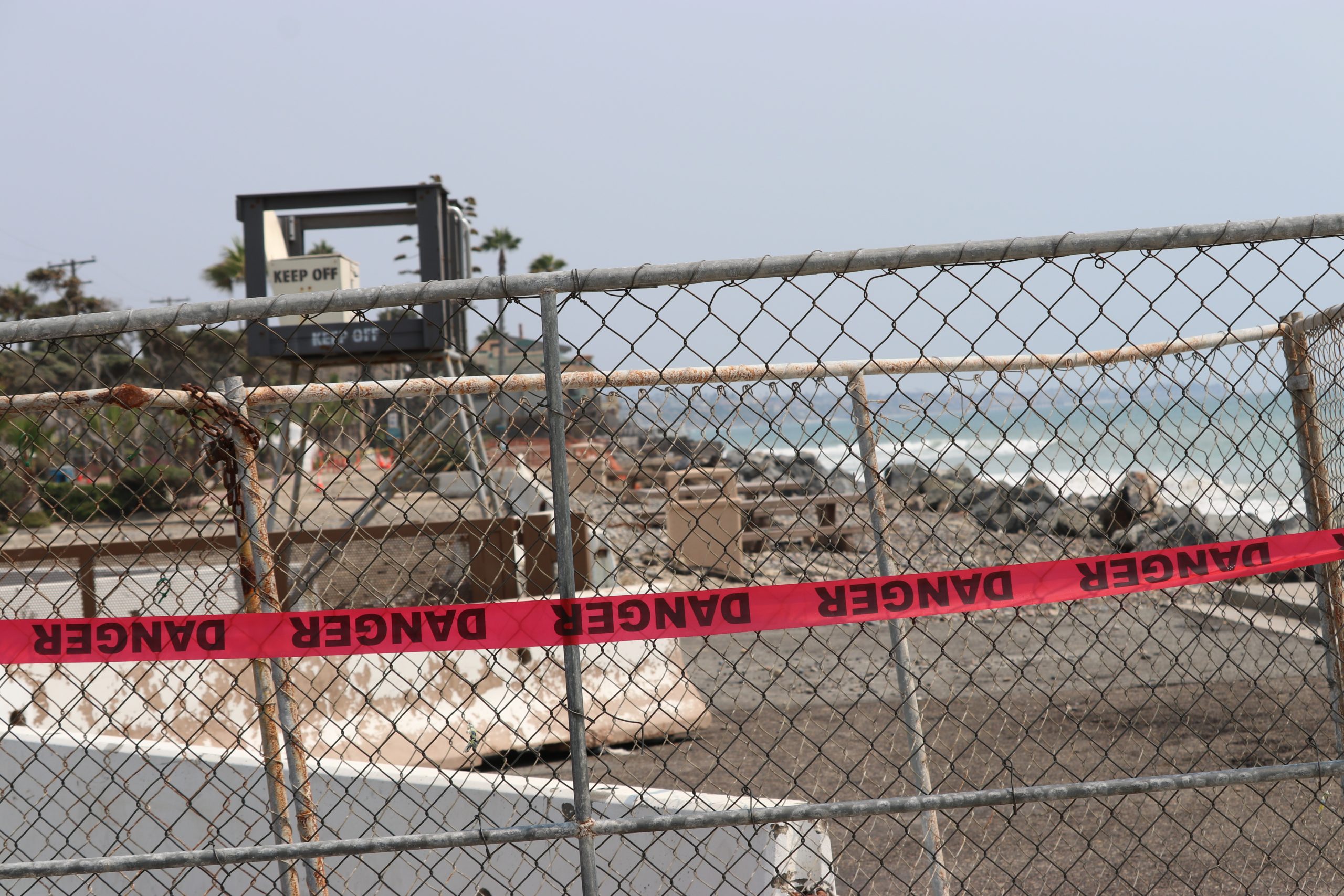 The presentation explored several different options for preserving the portion of coastline south of Doheny State Beach, including installing cobblestone buffers to try to save what remains of the beach. Agency officials also proposed creating sand dunes and planting vegetation, or taking out a section of the parking lot.

According to data collection from a public access survey, the public most values the beach and coastal trail of all Capistrano Beach’s amenities. According to the survey, 60% said they want to maintain the same number of parking spaces or even increase availability, while 39% supported removing parking.

Five short-term concepts were analyzed, some adding cobblestone and sand dunes to the north area, or adding cobblestone buffer to the southern reach. The Aug. 13 presentation explored removing parking spaces to move beach space inward, while acknowledging this could possibly put nearby homes at risk.

Within the “Nature-Based Pilot Project Study Report,” which was prepared in June, lessons learned are summarized regarding shoreline cobble berm projects. The report also outlines a total of five different concepts at two locations on-site, including buried cobble berms, cobble berms with vegetated dunes, and combinations of those with removal of public parking amenities.

The study indicates that implementation of a nature-based adaptation pilot project at Capistrano Beach concludes that construction of a pilot project in the northern reach would have the greatest chance of success and provide the most useful information for future adaptation efforts.

The feasibility study did not, however, include a determination regarding whether it would be feasible for OC Parks to propose to implement any of the alternatives analyzed in the study at this time. OC Parks staff suggested that funding and sand supply may be significant barriers to implementation of a pilot project.

Capistrano Beach once had enough sand stretching along the coast to offer fire rings, volleyball court, basketball court and boardwalk.

A portion of the boardwalk and steps collapsed due to high surf on Nov. 29, 2018, with further damage seen the next day. OC Public Works soon installed more than 1,000 tons of rocks in place of the boardwalk.

More rock boulders and sandbags were placed throughout the past few years to delay the destruction of the beach, walkway and parking lot, as officials try and figure out how to proceed. But the hard armoring is a controversial method that some environmentalists say causes more harm than good by interfering with natural sand flow.

Denise Denison-Erkeneff, president of Surfrider Foundation’s South County chapter, said strips of plastic torn from the sand cubes are commonly seen during beach cleanups along nearby coastline. She also asserted that leaving the parking lot in place doesn’t solve the unsafe conditions of frequent flooding and damage to sidewalks and pavement that require regular closures.

“I’m trying to get a sense of the tidal impact to this resource, because it looks pretty profound,” Brownsey said. “We know, right now, we’ve had a great deal of sea-level rise … the beaches here are extremely vulnerable; they’ve been eroded.”

Some community members say the beach has been deprived of sand for years, which is the cause for the erosion.

Toni Nelson, founder of Capo Cares, pointed to the fact that sand had been placed years ago when the Dana Point Harbor was constructed, but a lack of replenishment is the reason why there’s little beach left, she said.

“The point I really want to make here, we don’t have much left. We don’t know how long we’ll have it,” she said. “Every day that the public gets to enjoy the beach, every day matters.”

Nelson cast her support for adding cobblestone to the north end so the path could be saved, but did not support tearing out any more of the parking.

“There is a level of uncertainty here as to whether there will be a livable shoreline in the future,” said Joseph Street, staff geologist for the California Coastal Commission. “You can just see those waves pounding the coast in that video.”

While the commission was not required to take a vote for the agenda item, staff said they will continue to coordinate with OC Parks on longer-term adaptation planning efforts for Capistrano Beach. Commissioners expect to receive a long-term plan proposal by the end of the year. That plan will require the commission’s approval.