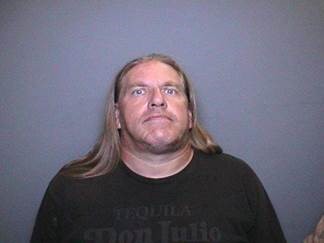 Christian Reed, 50, of San Clemente pleaded “not guilty” to nine charges that consisted of sexual battery on a child by molestation and providing the child with illegal drugs during his arraignment hearing on  Friday, May 5, in Orange County Superior Court.

The complaint alleges Reed, sometime between Oct. 1, 2016 and March 22, touched a minor inappropriately and illegally multiple times and that he also committed annoyance and molestation of a minor, all of which are misdemeanors.

But Reed was also charged with two felony counts of selling marijuana and alprazolam, which is used to treat chemical imbalances for people with anxiety, to a minor. Alprazolam is found in the brands Xanax and Niravam.

Abuse of alprazolam is described as causing severe effects on personal judgment and health, according to the Partnership for Drug-Free Kids.

Reed’s first preliminary hearing is scheduled for May 15 in Orange County Superior Court.

The courts have not published the name(s) of the victim(s) because of their age, but that the victim was male. The San Clemente Times policy is to not publish names of victims of sexual abuse.

Original story published on Thursday, May 4

Investigators from the Orange County Sheriff’s Department’s Special Victims Detail (SVD) and the Orange County Child Exploitation Task Force (OCCETF) arrested San Clemente resident Christian Reed, 50, on Thursday, May 4, on suspicion of sexually abusing a boy under the age of 18 and “furnishing the minor with marijuana and controlled substances,” according to a press release distributed the same day.

In the press release, the Orange County Sheriff’s Department stated investigators have reason to believe that there are more victims of Reed’s alleged behavior. Reed has been a lifelong resident of San Clemente, residing in the city for almost 50 years, the release stated. Investigators believe he has had inappropriate contact with teenage boys since the 1980s.

“He’s never been arrested and doesn’t have a record,” Lt. Lane Lagaret told the San Clemente Times shortly after the release was distributed. “A report taken in 2007 had similar allegations that couldn’t be proven, so no charges were filed. Based on that report, there was information that said there were others.”

“In late March 2017, an investigator with the OCSD Special Victims Detail assigned to the Orange County Child Exploitation Task Force was contacted regarding a male juvenile victim who was having inappropriate conversations with a male online,” the release stated.  “An investigation was initiated, and on March 24, SVD and OCCETF served a search warrant at the San Clemente residence of 50-year-old Christian Reed.”

Lagaret said officers had enough evidence to make an arrest and are now reaching out to see if there are additional victims.

Reed was arrested and booked into the Orange County Jail on suspicion of five felonies, including providing marijuana and controlled substances to a minor and annoying a child under 18, the release stated. Reed’s bail is set at $50,000, and he is expected to appear in Orange County Superior court Friday, May 5.

Anyone with information regarding additional victims is encouraged to call Orange County Sheriff’s Investigator Longnecker at 714.972.4185 or email slongnecker@ocsd.org.