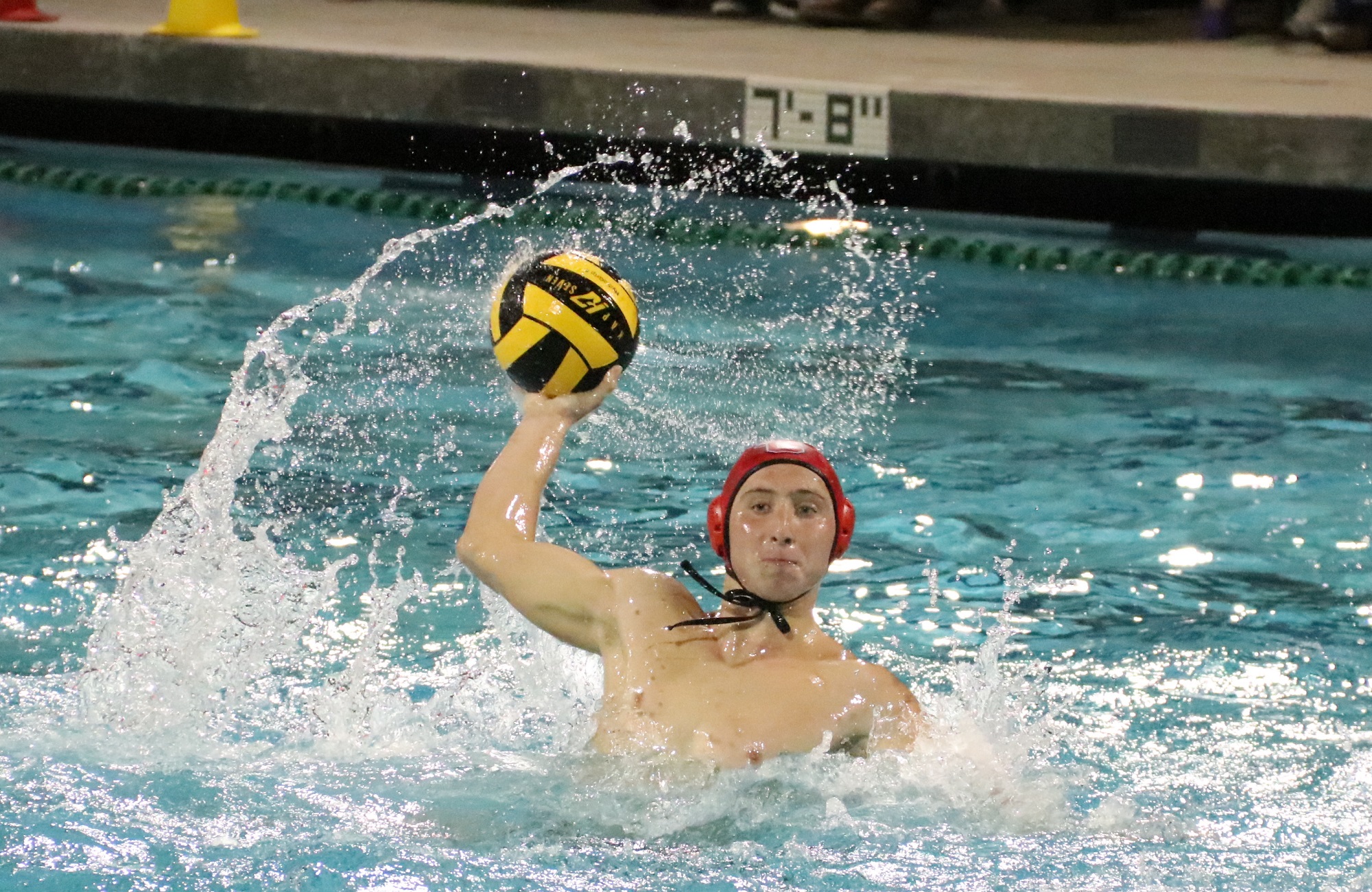 MISSION VIEJO – The first-round rest did the top-seeded San Clemente boys water polo team some good, as the Tritons came out firing in their second-round opener on Thursday, Nov. 3.

San Clemente scored six goals in the first quarter and another five in the second quarter to sprint past visiting University, 16-8, in a CIF-SS Division 2 second-round game at Capistrano Valley High School.

South Coast League champion and No. 1 seed San Clemente (16-10) advances to the quarterfinals on Saturday, Nov. 5, where the Tritons will host Palm Desert at Vista Hermosa Aquatics Center. Palm Desert defeated Carpinteria in the second round, 19-11.

“I liked that the boys didn’t show a lot of nerves,” San Clemente coach Logan Powell said. “They came out and played hard. They did what was expected and what was needed. A good momentum builder for the next round.”

This group of Tritons is a particularly tight squad with 13 seniors of the 18 players on the roster. San Clemente is looking to win its first CIF-SS title since 1991 and advance to its first final since 2019.

“It was actually a really great experience to get out here with the tea,” senior Ray Hickman said. “For many of us, it’s our last year here, and we’ve all been playing together for eight, seven years. It’s been a great experience, so we can put this all out and have a great last year.

San Clemente will play outside of its home pool for the entirety of the CIF-SS playoffs. After receiving a first-round by, the Tritons played Thursday at Capistrano Valley and will play on Saturday at Vista Hermosa Aquatics Center. The semifinals and final would be at the Woollett Aquatic Center in Irvine.

San Clemente High School’s pool is too shallow for CIF-SS playoff regulations, so the Tritons have had to make alternate arrangements. However, it didn’t slow them down on Thursday, and it shouldn’t going forward either.

“It definitely is a difference from playing at our home pool,” Hickman said, “but having all of our supporters from San Clemente come out that brings the home spirit to the pools. Being a versatile team, we’re really able to dominate in large or small pools.”

In the bigger pool on Thursday, the Tritons opened the game by nearly scoring a goal each minute.

Seniors Cross Viter and Finn Barton scored for San Clemente on either side of a six-on-five goal by University. Then Hickman turned it on for back-to-back goals, with the first coming on a solo effort of a steal and a breakaway and the second on a feed from senior Aaron Hathaway.

Barton scored a second goal to put the Tritons up, 5-1, before University struck quickly with goals 15 seconds apart in the final 30 seconds of the first quarter. Senior Jake Hoss scored on a spinning backhander with just four seconds remaining to put San Clemente back up by three to end the first quarter, 6-3.

In the second quarter, Hoss scored 26 seconds to keep up his hot hand before Viter hit his own hot streak. Viter scored on a cross-pool pass from Hathaway, two minutes later on a five-meter penalty and 29 seconds after that on a rush.

Hathaway scored on a breakaway to push San Clemente ahead 11-4 going into halftime.

Viter and Hickman traded off the next four San CLemnte goals with senior Ryan Dewey hitting the back of the net in the fourth quarter for a 16-6 lead. University got two late goals in the final two minutes to round out the game, 16-8.

The Tritons have been pumping after a tightly contested South Coast League championship. The Tritons dropped a one-goal decision late to Dana Hills after edging out San Juan Hills and Capistrano Valley by a goal each to take the league title.

“The league was a lot of fun this year, because there was a lot of parity,” Powell said. “Dana is a good team, Capo was good, San Juan Hills was good. It was beneficial for us for the postseason because we were able to get challenges at the back half of the season and not have to reach out for nonleague match-ups. It kept us fresh.”

Powell, a 2002 San Clemente graduate, is in his second stint as coach of the Tritons after a brief tenure at the NAIA level for Ottawa University in Arizona. Powell was rehired late in the summer, and its been nonstop action for him, his family and the San Clemente water polo team.

“It was a scramble for sure,” Powell said. “I drove out here the night before hell week (training camp) started by myself without my family. Then we didn’t get into our house until October 1. It’s good to be back. It’s a little different without the spring and summer, so we’re covering a lot quickly, but the boys have been up for the challenge. It’s been awesome so far.”

Powell was the head coach when the Tritons last went to the final in 2019, and San Clemente looks primed to finally capture that second CIF-SS title in this playoff run.