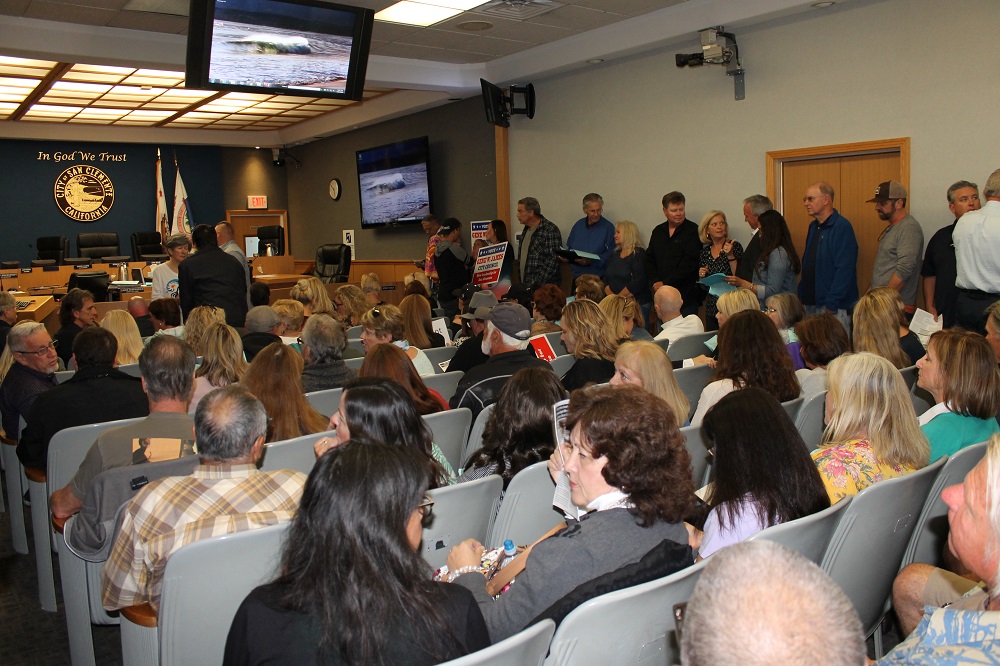 No Appointment Made, But Special Election Will Go On

Required by law to address the vacancy left by the death of Mayor Steven Swartz, San Clemente City Council discussed options for moving forward at Tuesday night’s meeting. City Clerk Joanne Baade said city code presents the council with two options. One, the city is required to hold a special election to install a new candidate in office at the next election date: November 5, 2019. The other is to hold the election, but appoint someone in the interim until the city-wide vote takes place.

In a 4-0 vote, the council adopted three resolutions declaring the special election and regulations on it. The city requested that the election be an all-mail ballot unless it is considered a consolidated election, in which case it will be conducted as a precinct election, the May 21 agenda stated. The council also approved $295,000 to fund the November special election.

A handful of residents spoke at the meeting asking the council to appoint someone quickly to fill the fifth seat. Many people present endorsed Gene James, the fourth-leading vote-getter in the 2018 City Council race.

Both Ferguson and Mayor Pro Tem Dan Bane moved to appoint James, but were ultimately blocked by opposing votes from councilmembers Kathy Ward and Chris Hamm, who said they were not ready to appoint anyone.

The motion for an appointment to fill the empty seat was tabled. The council will potentially revisit the possibility of appointing an interim councilmember at a future date.