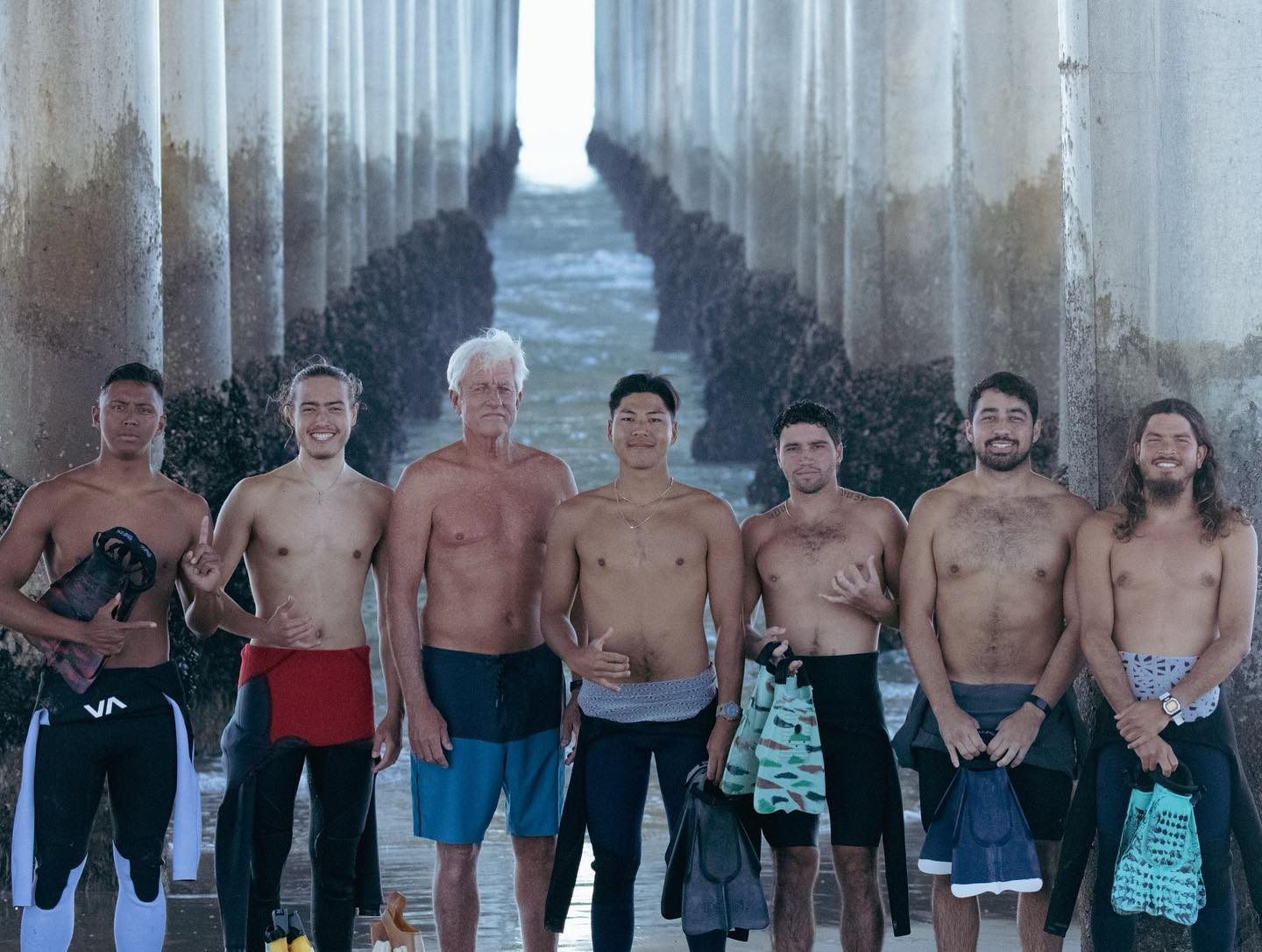 No Board, No Worries

This Earth Day, April 22, USA Bodysurfing is landing at T-Street in San Clemente.

Hosting its inaugural bodysurf contest in Huntington Beach last month, USA Bodysurfing is set to head south for the second of three planned events. With five different divisions for boys and girls, as well as adults, the event promises to be a good day of family fun down at the beach.

The tradition of bodysurfing, known as kaha nalu in Hawaiian, goes back hundreds, if not thousands, of years. And the practice of competing is steeped in plenty of legend and lore.

“Perhaps the most famous description of bodysurfing is found in the story of ’Umi and Pai’ea, two chiefs from the island of Hawai’i who were both skilled bodysurfers,” recounts author John R.K. Clark in his book Hawaiian Surfing.

Translating from Hawaiian text, Clark goes on to describe that “ ’Umi and Pai’ea caught a wave together, but during the ride, Pai’ea crowded ’Umi into a rock, causing him to injure his shoulder. ’Umi still won the contest, but years later, when he was king of the island of Hawai’i, he had Pai’ea put to death for this incident.”

The passage goes on to explain how poor Pai’ea met his demise when he was roasted in an imu, which is an ancient oven built into the ground and most famously used for cooking things such as kālua pig.

It’s safe to say that no competitors will be barbecued at the upcoming USA Bodysurfing event in San Clemente, no matter their results, but it will provide a unique opportunity to test your skills in the ocean.

In a hotbed of surf talent largely built on high-performance shortboard competitions and groovy longboard styling, bodysurfing offers a good opportunity to get back to the roots of wave riding.

“As I got older, I was full-on surfing, and I probably lost touch with bodysurfing for a while there, doing contests and everything,” recalled former pro surfer and filmmaker Keith Malloy, who directed the 2016 film about bodysurfing entitled Hell Or High Water.

(I highly recommend giving it a watch if you haven’t seen it yet.)

“Unfortunately, your goal in a contest is to see how many turns you can do on a wave, and after doing that for so many years, I grew to almost not enjoy surfing, riding a conventional thruster, doing as many windshield wiper airs as I could,” Malloy continued.

“So, anyway, bodysurfing became an escape from surfing. It was riding a wave for the pure enjoyment of riding a wave, and not trying to do anything too incredible but enjoy the ride. I would say about 10 years ago, my brothers and I were living on the North Shore, using bodysurfing as an outlet to escape that whole ‘shred or die’ mentality,” Malloy added.

There was a dedicated crew of hardcore bodysurfers at the event in Huntington Beach, including legendary North Shore lifeguard Mark Cunningham, who competed in the 45 and Over division. No doubt there will be plenty of talent in the water at T-Street, as well.

To register for the upcoming USA Bodysurfing event and get more information, head over to usabodysurfing.org.