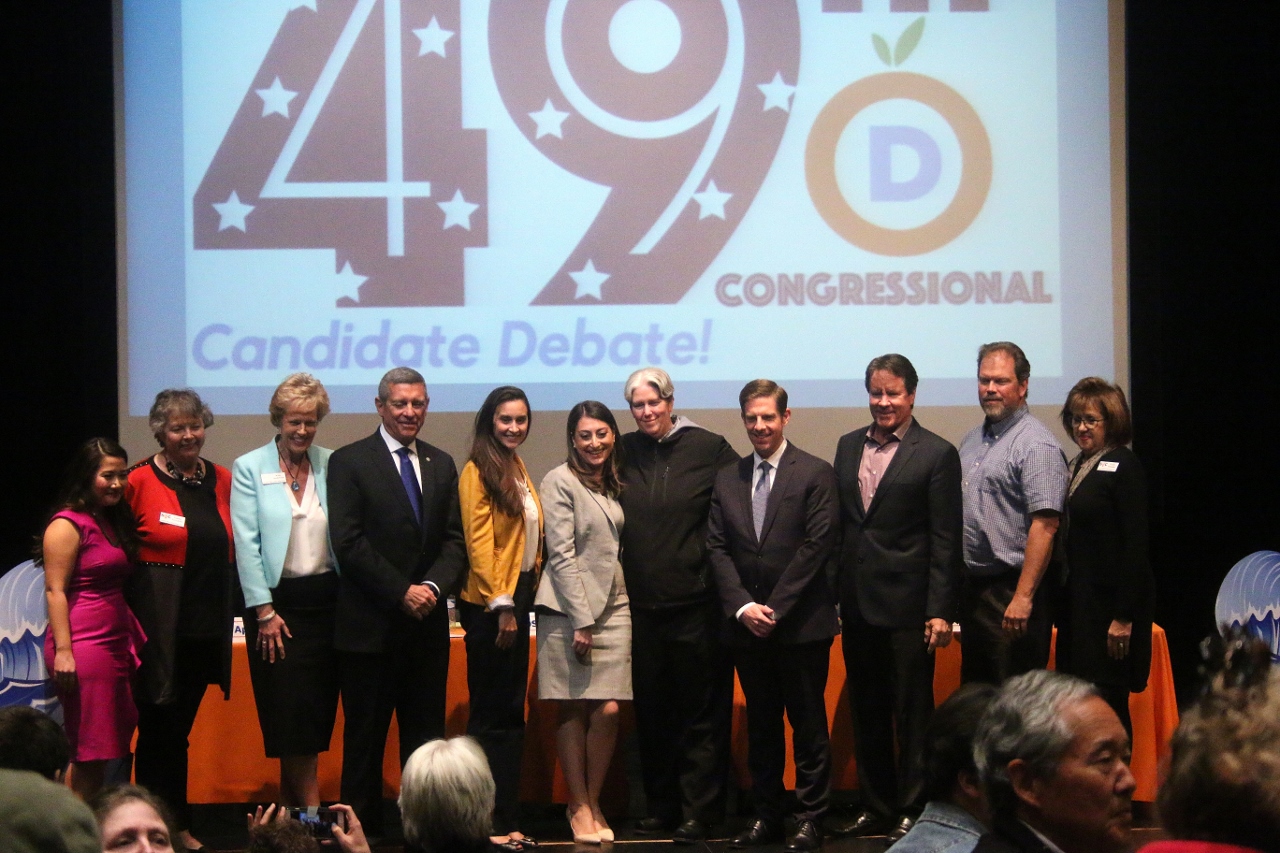 San Juan Capistrano’s Mike Levin was the top contender for an endorsement at the California Democratic Convention on Feb. 24 in San Diego, but even he didn’t secure enough percentage points to earn the party’s endorsement for the 49th congressional district.

Levin was endorsed by 53 percent of the party delegates, while San Clemente’s Doug Applegate received 27 percent of the vote and Sara Jacobs of Del Mar received 13 percent. Christina Prejean and Paul Kerr received no votes.

In order to receive an endorsement, a candidate must receive 60 percent of the party’s delegation to vote for them.

The seat in Congress has been occupied by Republican Rep. Darrell Issa since 2000, and has been a Republican stronghold for decades. Democrats are trying to switch that trend, as last year’s election was decided between Issa and Applegate by about half a percentage point.

People wishing to run for Congress must file before March 9. The primary election in California, which whittles candidates down to two in a run-off, takes place June 5. The midterm election is Nov. 6.