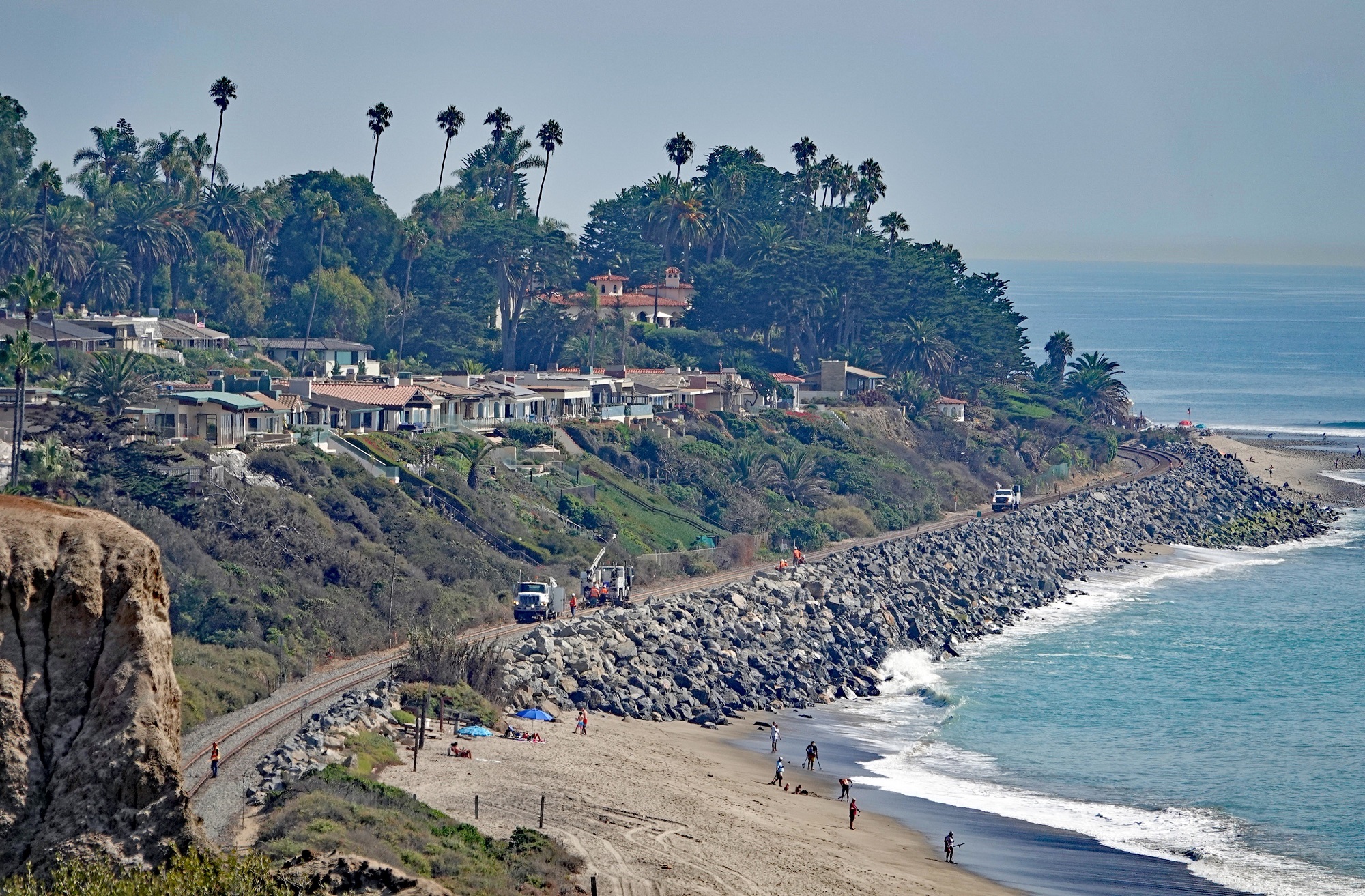 No Sandbars Without Sand

For local surfers and beachgoers, the lack of sand from Beach Road to the bluffs of San Onofre is tragically and abundantly apparent.

Once dependable beach breaks at Riviera and Calafia have all but gone dormant except on fluky low-tide, wind-swell days. And the beach erosion has gotten so bad at Cotton’s Point that at the end of September, train services from Metrolink and the Amtrak Pacific Surfliner between South Orange County and Oceanside were suspended until further notice after movement was detected on the tracks.

Helplessly watching the sand disappear over the past handful of years, a few important questions come to mind.

First, why is the sand disappearing, and where’s it all going? The coastal erosion in Capo Beach and San Clemente are the result of several factors.

Looming just to the north is the Dana Point Harbor, which not only destroyed the magic little surf zone of Killer Dana when it was first constructed, but the breakwater has also interrupted migratory sand flow up and down the coast.

Other construction and development in the form of houses and roads have also drastically reduced natural sand flow.

Layer on top of this the fact that most of our local waterways don’t reach the ocean anymore because of both drought and development upstream. This means that years have gone by in which we have seen little to no sediment replenishment.

Coastal armoring is also an issue. In the case of Cotton’s Point, 10,000 tons of large rocks were placed on the beach in front of the tracks to hopefully protect them, but I’ve found that it’s only worsened erosion on the beach, leading to the subsequent suspension of the rail service by Metrolink and Amtrak.

The beach where President Richard Nixon famously walked down in Life magazine photos is a shadow of its former self. The left known as North Gate has all but disappeared, and there’s a backwash in the main lineup on higher tides. It’s likely that over the coming months and years, those rocks are only going to make things worse.

I’d also venture to guess that because we’ve been lingering in this La Niña weather pattern for the past couple of years, we haven’t seen a steady run of westerly swells to offset the summer south swells and move the sand back. It would be interesting to see what a run of 18-second, 280-degree west swell would do to the area.

In terms of where all the sand is, according to several lifeguard sources and longtime watchers of our coast, most of our sand is sitting just offshore. It hasn’t really disappeared completely; it’s out there blanketing the bottom of the ocean and collecting in big underwater sand dunes.

In San Clemente, a half-mile offshore sits an artificial reef that was constructed with the hopes of restoring local kelp forests. It would be interesting to know what impact it’s had on sand flow.

For the past two years, the Rip Curl WSL Finals has come to Lower Trestles to crown the world surfing champions. The event has enjoyed good surf both years, but even at Lowers, the area’s marquee surf spot and a draw for surfers from around the world, the lack of sand is an issue.

In planning this year’s event, special consideration had to be taken when designing the event infrastructure—judging towers, athlete areas, etc.—because of how little sand there is on the point.

It isn’t out of the realm of possibility that there won’t be enough sand at Lowers next year to build out the WSL Finals site.

The issue of coastal erosion in Capo Beach and San Clemente is a real one, with real-life consequences. Some of our most sacred surf spots are not just being threatened, they’re already under assault.

I don’t know what the solution is; nobody seems to at the moment, but I do know that it’s something we should be talking about a lot more.