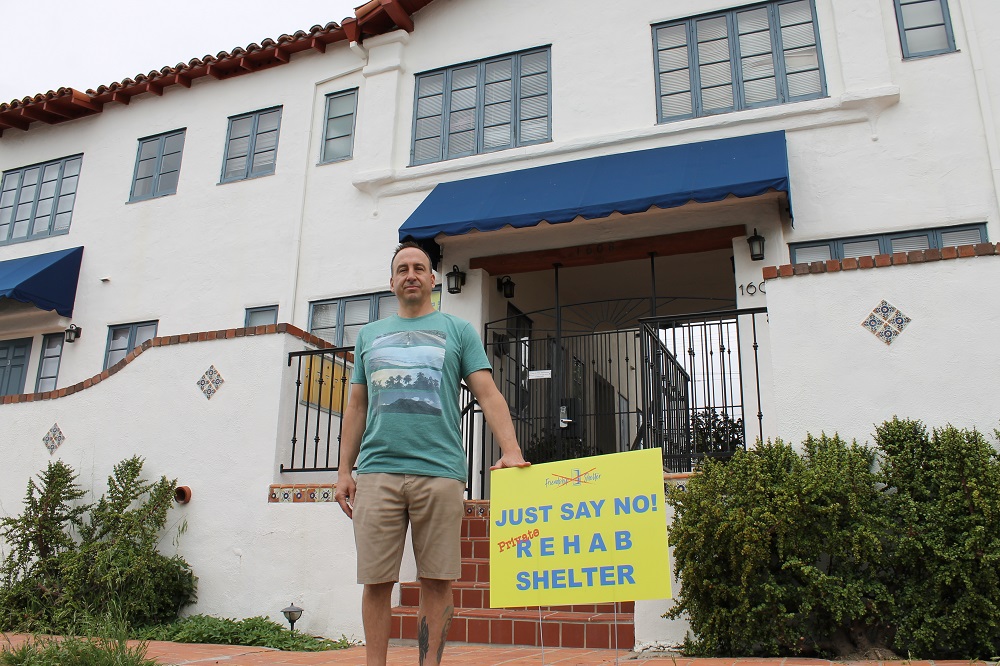 Tenants of Vista Del Mar Apartments in North Beach are under duress after being given 90-days’ notice to vacate their homes, to make way for an incoming facility to house the chronically homeless.

The apartment complex owners reportedly sold the Ole Hanson-style building to an anonymous private buyer for more than $3 million, who then leased it to Friendship Shelter, a Laguna Beach-based nonprofit.

Under new management, Friendship Shelter has stated its plans to rehabilitate and use the apartment units for its permanent supportive housing program, with tenants moving in as soon as the end of the year.

“Our plan is that new tenants will have been chronically homeless; that is, they will have experienced long-term homelessness and will have a disabling condition,” said Friendship Shelter executive director Dawn Price in an email to the San Clemente Times.

Residents of the 17-unit building at 1608 Calle Las Bollas received a letter from Friendship Shelter inviting them to attend a “community meeting” on May 9 for an update on the property’s sale and to discuss relocation benefits.

Casey Dahm, a Vista Del Mar tenant of 10 years, said the news came as a shock to the 20-some residents who are now scrambling to find a place to live.

“We are being made homeless, so that other homeless people can move in,” Dahm said.

While he understands homeless people need a place to live too, he doesn’t think it should be at the current tenants’ expense. Dahm describes his fellow tenants as “working-class people” who will struggle to find new housing situations amid San Clemente’s spiraling rental prices.

“It’s not like any of us are rich. We all work hard to live here,” Dahm said.

Jonathan Moreno, a 24-year resident at Vista Del Mar, said he’s already begun packing, but he doesn’t have a solid game plan. At worst, he says he may have to move back to Florida.

Neighbors fear what the homeless facility may bring to their community.

“My business may suffer,” said Pamela Marx, who lives across the street and runs a licensed daycare facility. But there are two sides to the coin. “Everybody deserves shelter; I believe that as well,” Marx said.

Price said Friendship Shelter was looking for smaller apartment communities for sale in southern Orange County before it came upon Vista Del Mar.

The nonprofit has operated another housing program in San Clemente at two small apartment buildings in the Los Mares neighborhood since the 1990s.

“We pride ourselves in being good neighbors with well-managed properties and expect to do the same with the new property,” said the executive director.

Price claims Friendship Shelter is going beyond what is required to provide additional time and financial assistance to the tenants asked to leave. “We recognize that it is difficult for the current tenants to move, and we are committed to ensuring that each is able to find a new home,” she said—CH