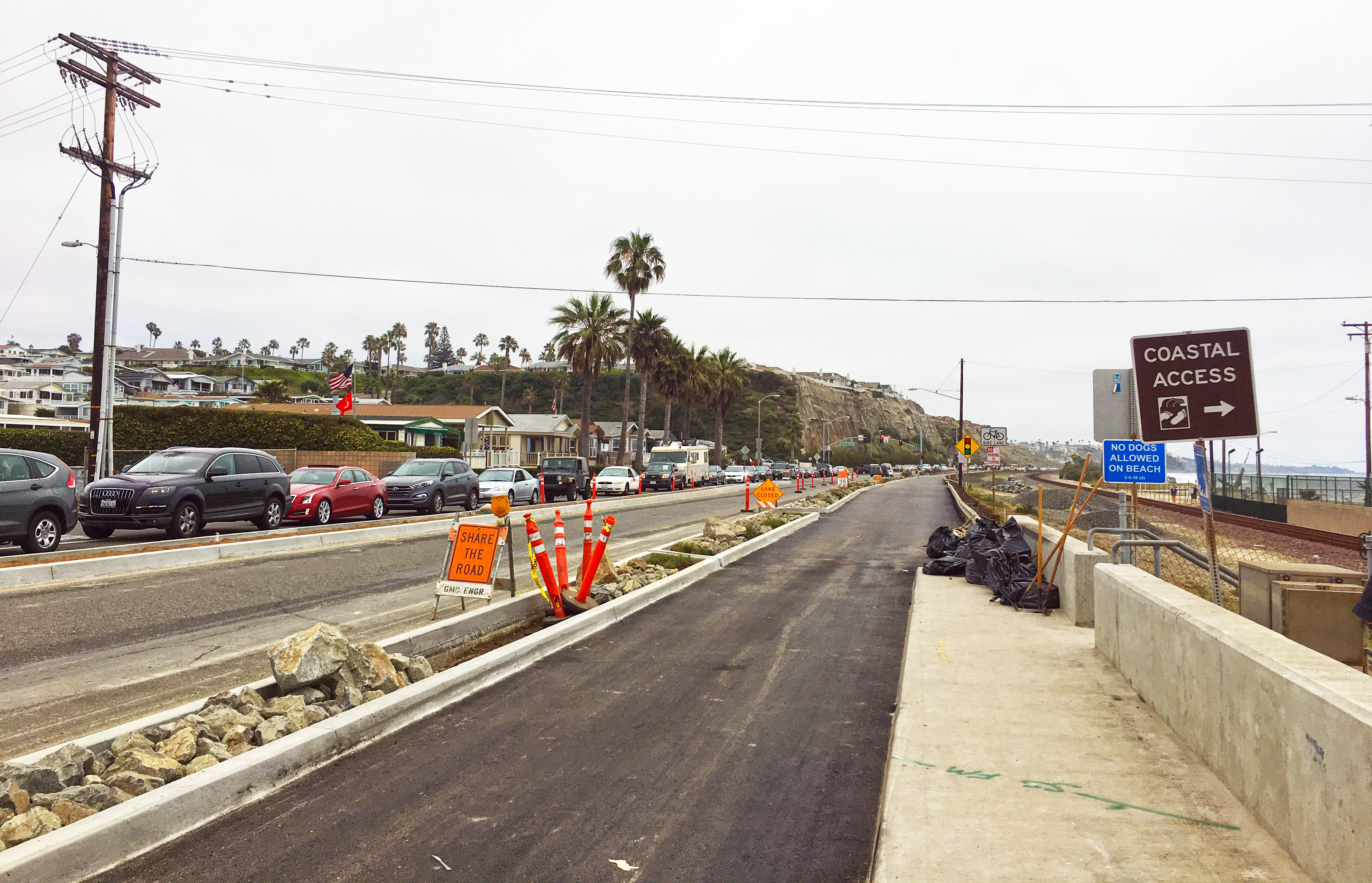 The roadwork on North El Camino Real, from North Beach to Camino Capistrano, is about 85 percent complete, said Tom Frank, the city’s transportation engineering manager.
The project has taken place since the beginning of the year to add wider pedestrian and bike lanes as well as a divider, additions to the Camino Capistrano right-hand turn and new pavement.

The city hopes to have the road striped by Fourth of July, Frank said. After that, some landscaping work will take place along with installation of irrigation systems.

At the northbound entrance to the bicycle lanes, the city intends to install signage to direct cyclists as well as some traffic signal improvements, Frank said.