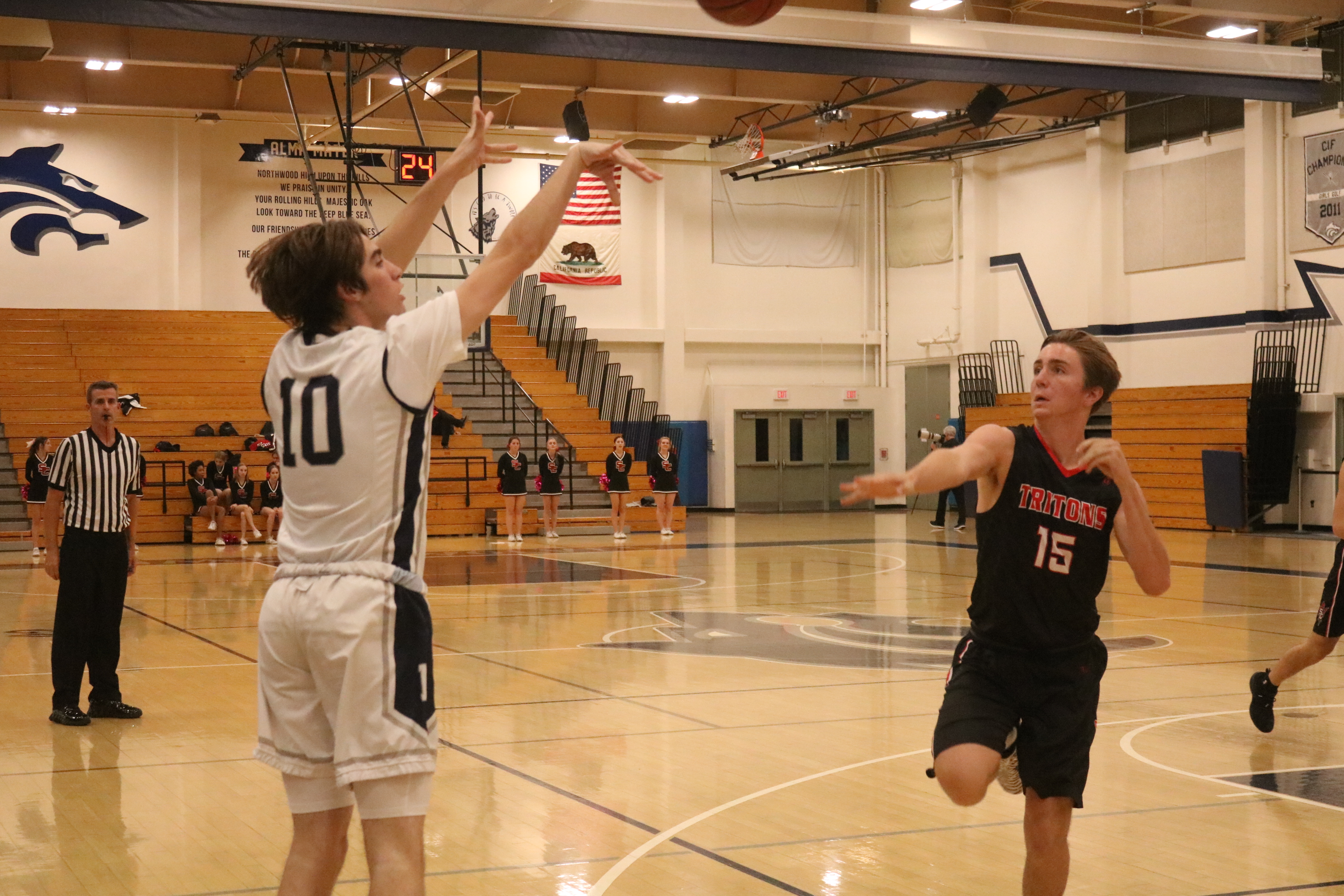 IRVINE – San Clemente ran into a sharp-shooting buzzsaw and saw its season come to an end on Wednesday night.

Northwood hit eight 3-pointers in the first half and 13 in the game to lead by as many as 31 points in a win over San Clemente, 72-55, in a CIF-SS Division 2AA first-round game at Northwood High.

“They had guys out there hitting threes that we’ve never seen on the court before,” San Clemente coach Marc Popovich said, “and they’re hitting them from 28 feet. It is what it is.”

San Clemente (17-10) couldn’t find its shooting touch early as Northwood made threes on four of its first five baskets to set the tone. The Timberwolves led by eight points, 19-11, after the first quarter.

Damian Pintor made three consecutive 3-pointers in the second quarter to kick off a 19-2 run that saw Northwood’s lead balloon from five points to 22 points just before halftime.

Northwood added another three-pointer for a 43-20 halftime lead.

The Timberwolves led by 29 points after three quarters, but the Tritons showed some fourth-quarter fight to cut slightly into the lead.

“I was happy with how hard our kids battled,” Popovich said. I thought we played hard until the last second. It’s emblematic of how this group has been. These seniors have been awesome all four years. They went out there and played their butts off for four quarters.”