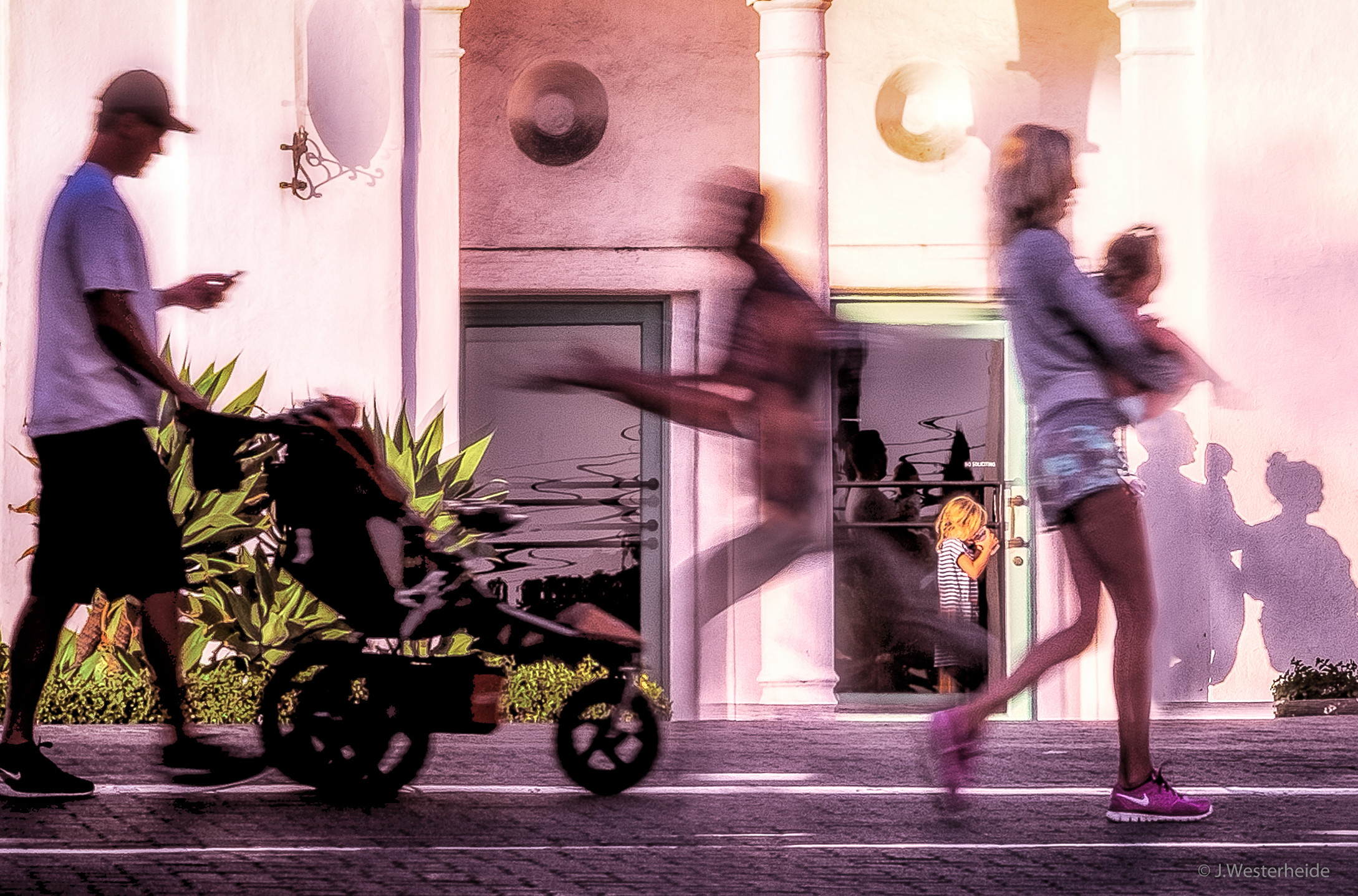 There were more than 60 submissions for the contest this year, and organizers garnered interest through social media and other marketing campaigns.

The contest, along with the foundation, were borne as a means to promote positive community environments to alleviate the stresses of contentious local issues.

“When we envisioned this competition, we purposely said ‘People can enter anyway they like, as long as it’s electronic,’” Ghantous said, adding the photos submitted came in all format sizes and forms.

The winning shot was a square format by Jorg Westerheid, taken from the top of Avenida del Mar of people passing by Historic City Hall. The photo was most likely shot in the afternoon or evening in order to highlight the golden wave of light escaping behind the horizon. To capture his subjects’ movement, the shutter had been slowed to compensate the movement and using a higher aperture.

“It is so iconic. When you look at it, you can see a man with a stroller and a cell phone, a runner that is kind ghosting through the scene,” Ghantous said, speaking about the artist staying true to the broad assignment. “There’s a small child looking through that old glass door into the 1920s lobby, and a silhouettes of people.”

The Spanish Village Foundation along with the San Clemente DBA hosted the event.

Westerheid used a Fuji XTI to capture his shot, and although the camera shoots in a standard 16-by-9 format, he said he enjoys the square ratio (1-to-1) to capture his images.

“Somehow I had to stay close to the theme, and the (Historic) City Hall represented the architecture of San Clemente,” Westerheid said. “I was just waiting for a green light that the pedestrians got. I took a bunch and chose the right one and submitted it.”

He said he has been taking photos since college in order to finance himself, and he’s now 66 years old.

“I’m pretty much interested in architecture and not so much into street photography, and I’m not always into taking photos of humans,” he said, adding that he had to get a little out of his comfort zone to get this particular shot. “It was very surprising to me and everybody was happy. It is my daughter’s birthday and I can share my winnings with my daughter.”

Oliver was inspired by the Junior Lifeguards program in San Clemente, which her children have participated in for almost 10 years.

“There’s a spot where you watch them jump off from the pier as part of their training,” Oliver said, adding Dennis White, the head of the training, is the man in the photograph. “It’s like he’s on his way to work.”

It’s as if the floatation device is the subject’s briefcase as he takes that step into the ocean.

“He looks so calm and casual about it,” Oliver said.

She said she has been taking photos for decades, especially when she was a teenager.

As a way to connect with his mother, Metzger said he has taken photos seriously for about nine years and has drawn his inspiration through her.

“When my mom died, God gave me her vision of photography, and I pass it down,” Metzger said. “I shoot with my little Sony camera and then a lot of passion.”

Metzger said he mostly likes people’s smiles, shadows and tries to be as patient as possible when taking a shot. He said because of technology, anyone can take 1,000 photos, but it takes patience to capture a brilliant image.

Metzger has entered the competition for all seven years of its existence and remains diligent in his pursuit of first place.