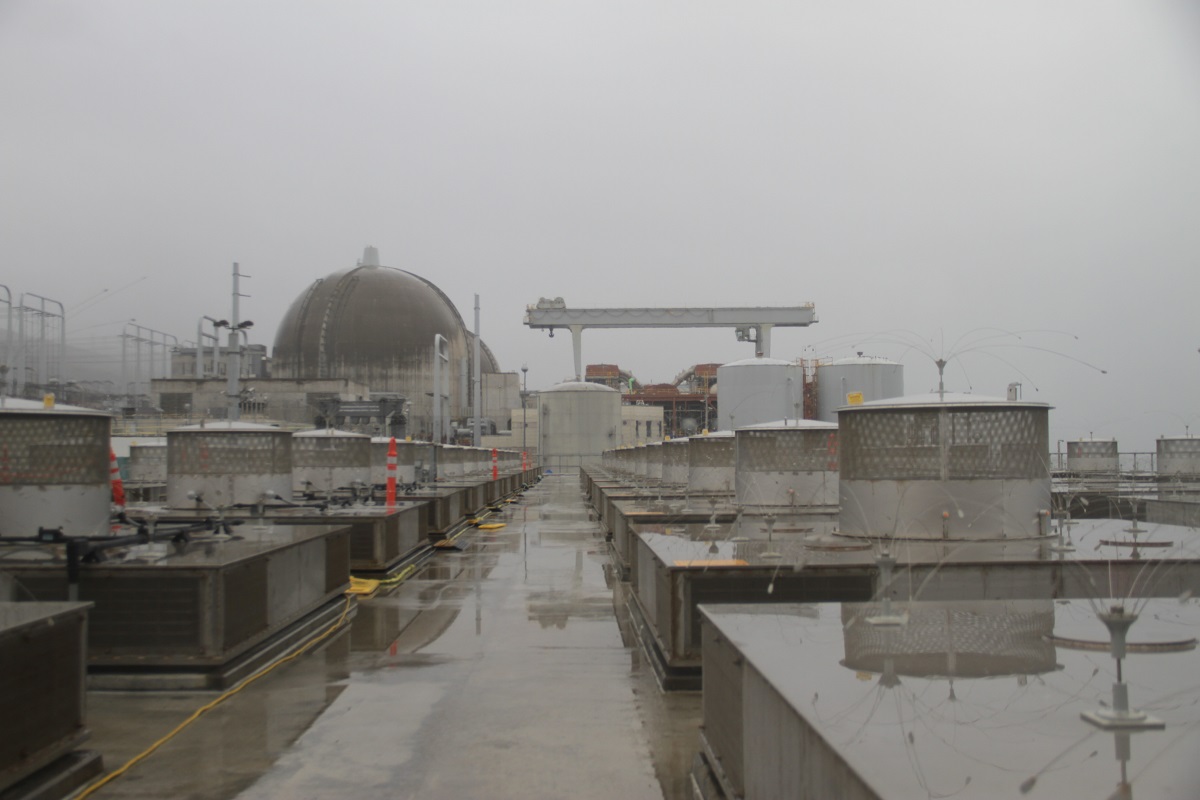 On Feb. 26, the NRC responded to the advocacy group’s September petition challenging the license approved in 2015 that allows Southern California Edison to decommission its San Onofre Nuclear Generating Station (SONGS).

The NRC notes that the basis of Public Watchdogs’ request to halt the decommissioning operations centers on the belief that storing the plant’s spent nuclear fuel within Edison’s dry storage facility poses an “immediate threat to public safety.”

The group had also questioned the integrity of the Holtec fuel canisters Edison uses to store the waste and claimed that the NRC hadn’t considered the environmental and safety impacts from sea-level rise.

“The NRC staff has determined that the decommissioning activities at SONGS do not constitute an immediate threat to public health and safety,” the NRC said in its denial.

The agency goes on to state that it has “continued to carefully regulate the licensee’s decommissioning activities at SONGS, which include its review of the fuel storage facility design, inspections encompassing the physical facility, as well as the licensee’s operational performance, and appropriate enforcement actions.”

Public Watchdogs Executive Director Charles Langley said the group is “deeply concerned” by the NRC’s denial. Langley went on to accuse the NRC of keeping secret documents and analyses related to Holtec’s designs for the storage facility from the community, and therefore shouldn’t be trusted.

Langley noted that NRC “informed us that this analysis is being kept secret to protect Holtec’s intellectual property rights.”

“The nuclear waste industrial complex thrives on secrecy,” Langley wrote in an email. “The problem with secrecy is that it encourages fraud, deceit, and a cavalier attitude toward answering tough questions. The public has a right to know why the NRC is helping Holtec keep secrets about San Onofre, because this appears to be a pattern.”

Addressing the Public Watchdogs’ concerns regarding the integrity of the canisters, the NRC said its inspectors have concluded that the peak stresses, or localized scratches canisters get from incidental contact, are not a safety concern.

The NRC later cites its “Final Generic Environmental Impact Statement on Decommissioning Nuclear Facilities,” noting the decommissioning activities at SONGS are bounded by that report and that the agency “did not find any deviations from the previously issued ‘Environmental Statement for SONGS.’ ”

“Therefore, the NRC is confident that the environment can be adequately protected, and all impacts bounded, during decommissioning activities at SONGS,” the NRC’s Feb. 26 denial stated.

The advocacy group filed the petition, known as “2.206” petition, with the NRC last September. The following month, the group filed a motion to intervene, asking the U.S. Ninth Circuit Court to order the NRC to fulfill its duty of addressing the petition.

“Unless the NRC temporarily suspends decommissioning, all of this highly radioactive material will be buried before the NRC or this Court considers the merits of the 2.206 Petition,” Public Watchdogs said in its Ninth Court filing.

A federal judge in December denied Public Watchdogs’ motion, noting that the group’s request to suspend the operations had “only been before the NRC for a short period of time, and the NRC has represented to the Court in its response that it is processing the petition and has not engaged in delay.”

Earlier that month, a separate federal judge dismissed Public Watchdogs’ other lawsuit that sought to halt the transfer of nuclear waste from the wet pools at SONGS into the dry storage facility.

Judge Janis Sammartino granted SoCal Edison’s motion to have the case removed on the grounds that the advocacy group “failed to state a plausible claim for relief” and was, therefore, “unlikely to succeed on the merits.”

Last month, Public Watchdogs filed another 2.206 petition with the NRC that claims Edison’s dry storage facility “presents an unanalyzed risk and imminent threat” in the event of a flood from a tsunami or tropical storm.