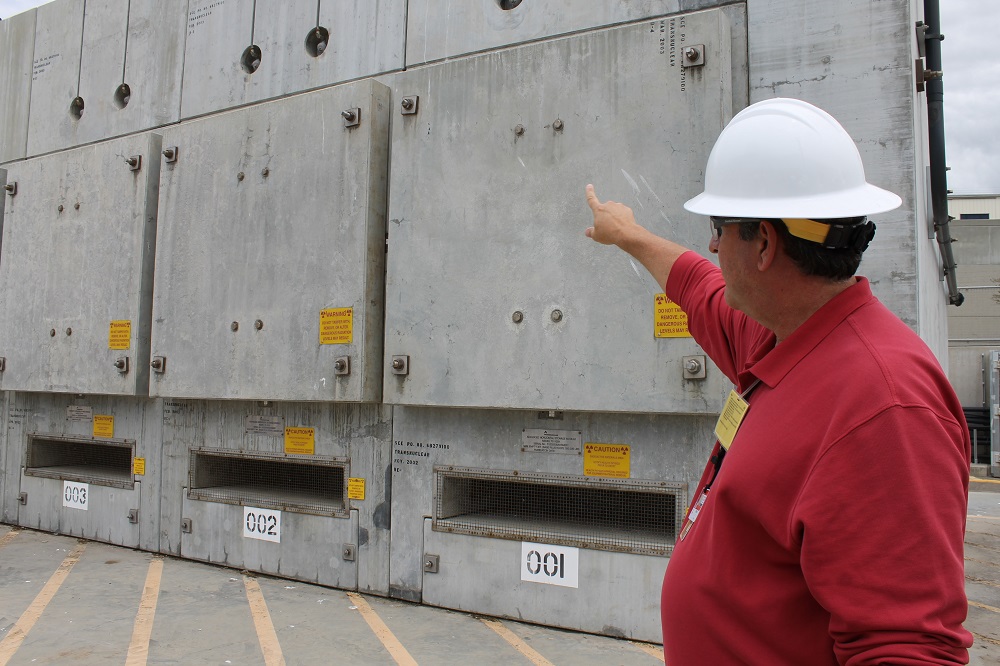 Southern California Edison (SCE) has been given the green light to resume its ongoing efforts to transfer spent nuclear fuel at the San Onofre Nuclear Generating Station (SONGS) into dry storage, the Nuclear Regulatory Commission (NRC) announced Tuesday, May 21.

Though the NRC has provided the go-ahead, SCE has yet to determine when it will officially restart downloading the nuclear fuel into canisters for its storage facility.

“The ultimate decision on when fuel transfer operations will resume will be made following a careful review of operational readiness by SCE and our contractor,” SCE said in a press release. “SCE will continue to provide timely updates to the community and our stakeholders as we move through this process.”

Edison and its contractor, Holtec International, suspended transfer operations following an incident this past August. During the incident, a canister carrying spent fuel was being lowered into a vertical receptacle but wasn’t aligned properly, causing it to get stuck on a guiding ring.

While the misalignment was corrected and the canister properly stored, the incident should have prompted SCE to notify the commission within 24 hours of it occurring—a point Edison officials have since acknowledged.

The NRC imposed a fine of $116,000 to Edison over the incident itself and not for missing the 24-hour notification deadline, news files state.

Since the August incident, SCE said, it has conducted a “comprehensive review” of its transfer operations and has made adjustments to its program “through better procedures, better training, and more intrusive oversight.”

“This, in part, includes the addition of cameras and load monitoring equipment, which will provide valuable information during download operations,” John Dobken, the media relations manager at SCE, said in an email. “We have demonstrated these improvements are effective and sustainable through numerous dry runs, regulatory inspections and independent reviews.”

Edison officials have also explained that teams have been conducting dry runs during the loading hiatus to better improve procedures.

According to the NRC, its determination to allow Edison to resume operations was based on an “extensive review of technical data” that SCE submitted “regarding the possible effects of scratching on spent fuel canisters” during operations.

Issues of incidental contact have been raised by activists who have claimed that damage to the canisters carrying the spent fuel could weaken the canister’s protective stainless steel structure. Both Edison and the commission have disputed such claims, stating that any contact sustained would be minimal.

“SCE has also completed visual assessments of eight loaded canisters. The incidental contact that may occur during canister downloading, as the NRC recently re-affirmed, poses no impact to the safe storage of spent fuel,” Dobken said in the release.

Responding to the NRC’s announcement, Congressman Mike Levin, who has been adamant about getting the spent fuel out of SONGS and into a permanent storage facility, said there are still unanswered questions regarding the safety of loading spent fuel at SONGS.

“I called for a full-time NRC inspector at the facility because Southern California Edison proved after the ‘near-miss’ canister incident that we need a higher level of transparency, accountability, and oversight,” Levin said in a press release. “Until a full-time NRC inspector is in place, I will remain strongly concerned about the loading of spent nuclear fuel at this site.”

Levin also expressed hesitation in the NRC’s assessment, as it “relied on data provided by Edison, a company with an incentive to resume loading as quickly as possible.”

“The NRC’s decision-making process requires a greater degree of independence to best serve the public interest,” Levin said in the release.

The NRC will hold a webinar Monday, June 3, from noon to 1 p.m. to discuss the resumption of fuel loading at SONGS. Those interested in viewing the webinar and submitting written comments can go to the NRC’s website to register.—Shawn Raymundo