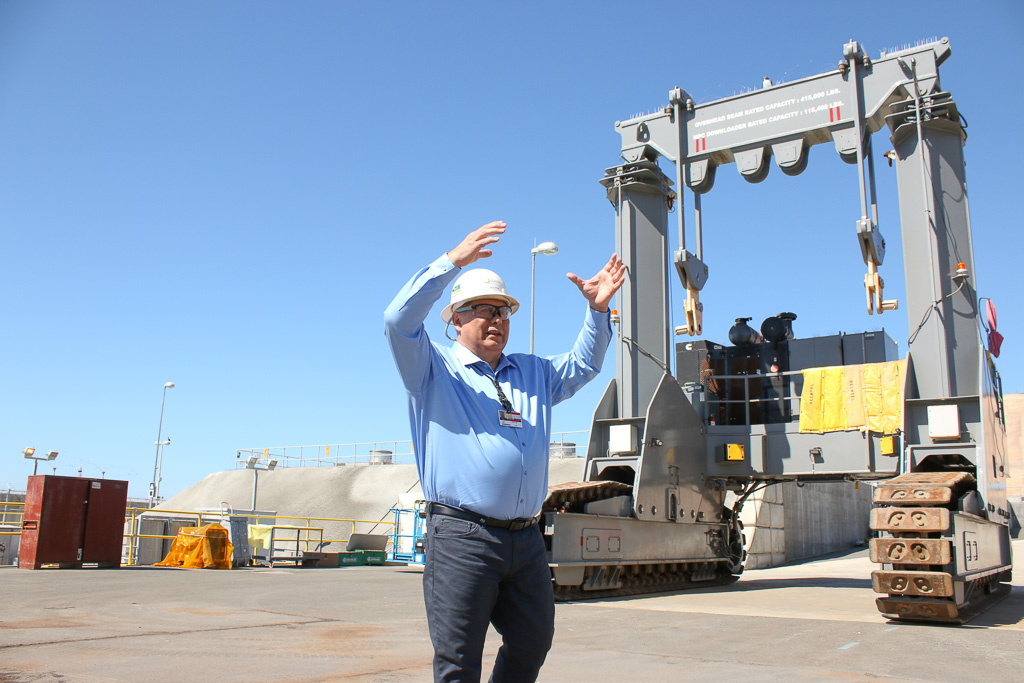 NRC officials said they propose a fine of $116,000 for the incident itself in which a canister was caught on a guiding ring and that overseers were in the incorrect location at the time of the downloading process. The NRC categorized this as a level-two violation, the second highest of four possible categorizations. Another violation was the inadequate timing to formally alert the NRC, which was deemed a level-three violation but no civil penalty was levied.

Southern California Edison, the majority owner of SONGS, has not loaded any spent nuclear fuel into the dry facilities since Aug. 3, when the violating incident took place. Since the incident, NRC officials said during the Monday webinar that Edison has been compliant and has demonstrated that it can efficiently store the fuel, but the commission will continue to analyze reports from the energy provider.

The NRC bases its leverage of penalties based on the nuclear energy enforcement history, whether the licensee identified and the adequacy of corrective actions.

Several factors relating to the NRC’s decision included criticism of the oversight of the downloading of the spent nuclear fuel canisters into the vertical receptacles as well as training deficiencies. The commission also said the canisters are safe and that any contact they sustain would be minimal. Activists have claimed that any damage to canisters could result in degradation of the protective stainless steel canisters, but the NRC stated otherwise.

“Since the Aug. 3 event, SCE and its contractor have reviewed every aspect of spent nuclear fuel transfer operations and created a more robust program through better procedures, better training, and more intrusive oversight,” Edison stated in a press release Monday afternoon. “The additional cameras and load monitoring equipment will provide valuable information to the teams during downloading operations. We appreciate the NRC’s acknowledgment that we have demonstrated through dry runs our corrective actions are effective.”

Edison said it is still working with the NRC while additional reviews and addressed, such as “design documentation related to incidental contact as canisters are downloaded,” the release stated.

NRC officials said they plan to attend the next Community Engagement Panel meeting, which is at 5:30 p.m. on March 28 at the Laguna Hills Community Center and Sports Complex, 25555 Alicia Parkway in Laguna Hills.

The full webinar slides and complementing documents can be found by clicking here.

An extended article on this matter will be published in the March 28-April 3 edition of the San Clemente Times.