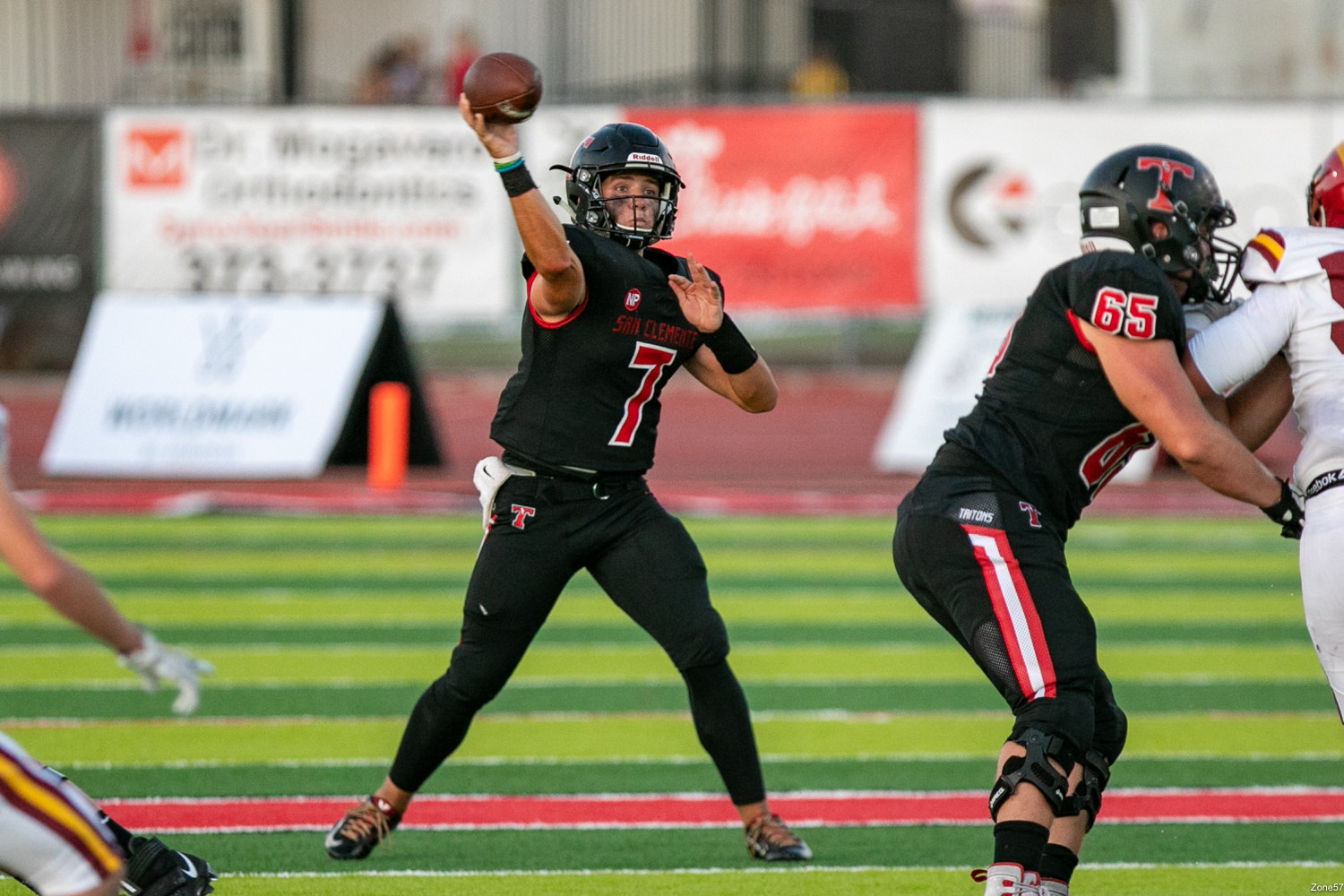 Despite their high-profile nonleague games, it’s also the week Mission Viejo has looked forward to all season, all offseason and all of the last year.

In a game no one involved will ever forget last season, the Tritons dethroned Mission Viejo as league champions in a dramatic one-point San Clemente win, 21-20. It was Mission Viejo’s first league loss since 2008 and San Clemente’s first win over the Diablos since 1999.

As important as the 2019 edition of this rivalry at Mission Viejo on Friday, Oct. 25 is with the South Coast League championship and bragging rights on the line in the Tritons’ regular-season finale, the reveal of the CIF-SS Division 1 selection point structure last Friday might take away from any “winner-take-all” nature this game could have had.

CIF-SS’ selection process for that top eight is broken down into a simple points system. The CIF-SS coaches’ poll will grant teams up to 10 points for their position in the poll, with No. 1 receiving 10 points, No. 2 receiving nine points and so on. Teams will then receive one point for each win over other Division 1 and 2 teams, and there is one extra point to be gained by winning a league championship.

San Clemente did earn four wins over Division 1 teams this season, but they were Division 1 San Diego Section teams, which don’t count toward the CIF-Southern Section point totals.

San Clemente and Mission Viejo can each potentially earn two more points on their own with a win on Friday and a league championship. However, those two points still wouldn’t get San Clemente into the top eight.

Basically, if the Tritons have any hopes of jumping into the Division 1 bracket, San Clemente must beat Mission Viejo on Friday, hope that it leapfrogs at least two teams in the poll and gets help elsewhere. The Tritons will hope for chaos and a shakeup of the poll, but the math is not on their side.

That’s not all bad, though. While being in Division 1 certainly earns prestige, San Clemente already knows the kind of challenge it would face, with potential matchups against national top-two Mater Dei and St. John Bosco the likely opponents. St. John Bosco defeated San Clemente, 56-6, in the Division 1 playoffs last season.

In Division 2, the Tritons could gain a top seed with a win over Mission Viejo and be set up for another deep playoff run. The Tritons won their first and only CIF-SS title in Division 2 in 2016.