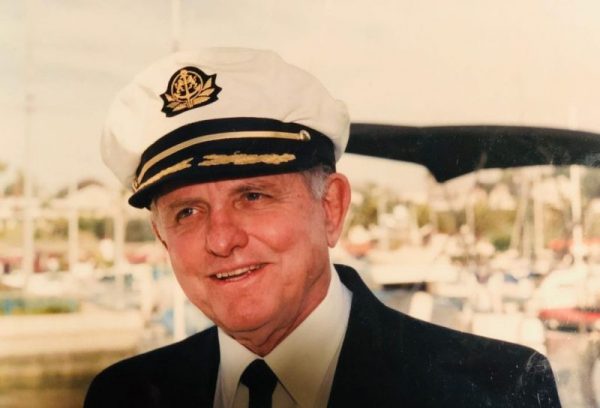 Donald James Atkinson (DJ) age 85, went to be with his Lord due to complications from Non-Hodgkin’s Lymphoma on January 29, 2019 in San Clemente, California. He died peacefully at his home with his family, friends and dog by his side. He was born September 22, 1933, in Coronado, California, to Dr. Donald and Genevieve Atkinson and from a young age was raised by Jeanette Atkinson with his brothers, Dickie Atkinson (deceased), Captain Jack Atkinson (deceased) and Ray Atkinson. DJ received a BA degree from San Jose State University and a Masters in Accounting from Los Angeles State University.

DJ had a heart for helping people; he served in the United States Marine Corps and was an active member of our community. He served as the President of the San Clemente Exchange Club, was the Commander of the American Legion (SJC), Commodore of the Newport Harbor Elks Yacht Club, Senior Warden of St. Clement’s Episcopal Church and President of Casa Blanca HOA association. In 1972 DJ founded and served as President of the Santa Ana Association of Enrolled Agents, now a nationwide organization.

While DJ made his living as a tax accountant, his real love was sailing, golf and visiting with friends. In his younger days, he enjoyed swimming and surfing at San Onofre State Beach. He is survived by his wife of 43 years, Marge Atkinson and his five children, David, Don and Roger Atkinson, Kenny Adams and Jennifer Adams Beard. He leaves behind nine grandchildren, Alex and Kegan Atkinson, Kelsey Matthes, Chris, Timmy (deceased), Joel and Danny Atkinson, Max and Finn Beard, one great granddaughter, Lily Atkinson and his brother, Ray Atkinson and nephew Scott Atkinson.

A memorial service will be held to celebrate his life at 10:00 a.m. on Thursday, February 21, at St. Clement’s by-the-Sea Episcopal Church, 202 Avenida Aragon, San Clemente. In lieu of flowers, the family asks to make donations in honor of Donald Atkinson to the Boys and Girls Club of South Coast Area, 1304 Calle Valle, San Clemente, CA 92672. A light reception of coffee and pastries will be served at the church following the service.