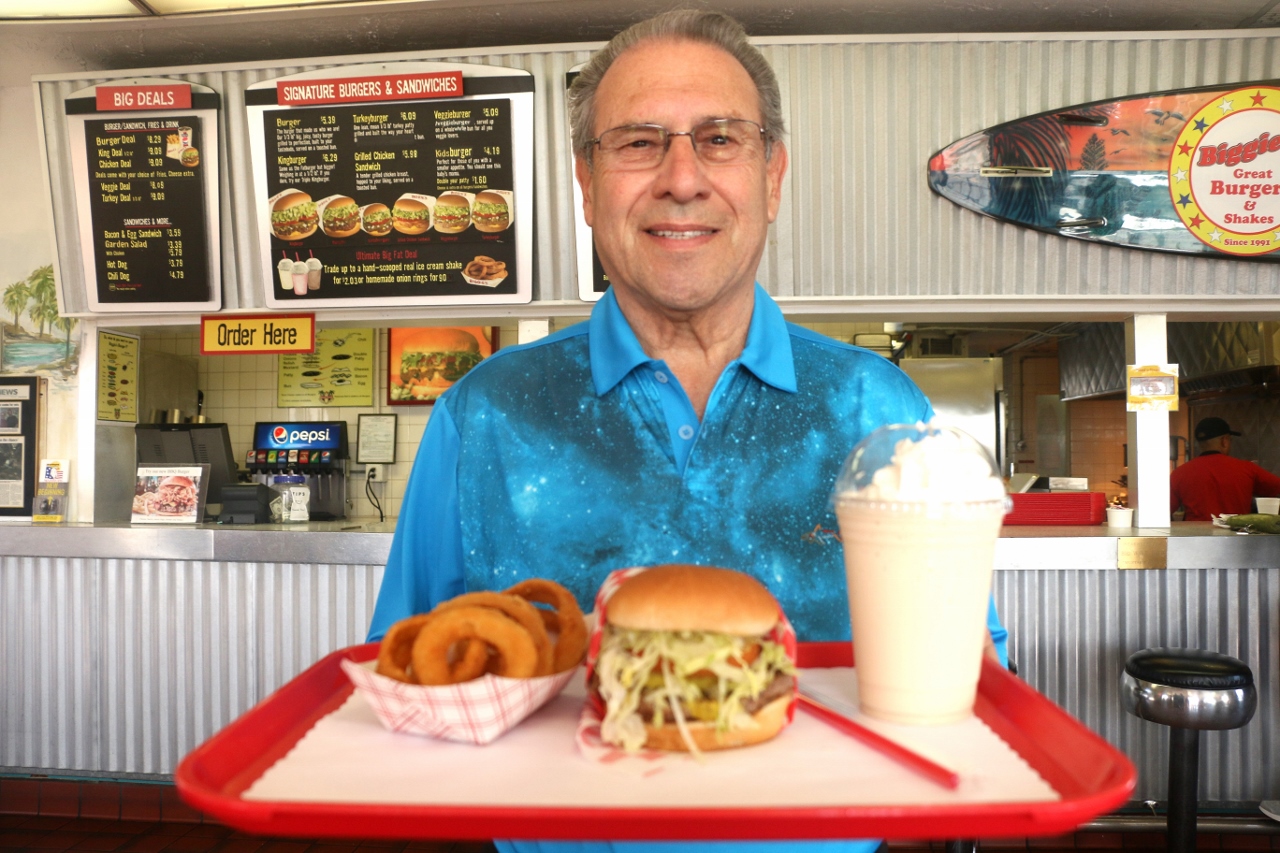 Richard Brown of San Clemente, California, passed away after a short battle with cancer on June 21, 2018.

Richard was born on December 8th, 1937 in Long Beach to Francis and Maurice Brown. Although he was an only child, he grew up with numerous aunts, uncles and cousins. He graduated from Jordan High School in 1955. He joined the Air Force from 1955 to 1963. He then worked at Douglas for a year.

He was the fifth employee at Taco Bell. This began his career and his love for working in the restaurant industry. In 1991, Richard and his wife Judi became the owners of Biggie’s Burgers here in San Clemente. The restaurant has been more than just a business. It has brought lasting friendships, family-like employees and being a part of a beloved community.

Richard loved helping veterans, schools and his church! And not to mention “being the best burgers in town!”

He is survived by his wife Judi Brown of 30 years, who is from South Carolina, along with his two sons, Richard (CA) and Bob (MA), and daughter Melanie Joseph (SC), as well as four grandchildren: Mason and Morgan Brown of CA, Molly and Alex Joseph of SC, and his four-legged son, Sammie (his dog).

A celebration of life will be held at 2 p.m. Thursday, July 12, 2018, at San Clemente Presbyterian Church.